No One Really Wants to ‘Send Her Back’ 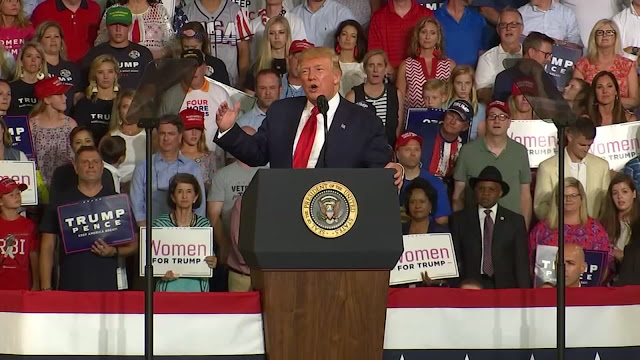 The president can be very entertaining, but I don’t pay much attention to political rallies, including his famously raucous ones.

For the faithful, the rallies are fun spectacles, like rock concerts or ball games. 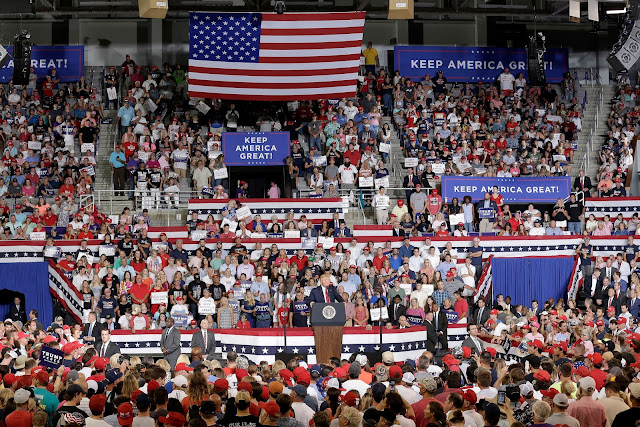 I don’t think they can be taken too seriously, except perhaps as a gauge of the president’s support. Not in lieu of polls, but in conjunction. And with healthy skepticism: The polls have a history of undercounting Trump supporters, but the ardor of the Trump base on display at the rallies should not be confounded with national enthusiasm for the Trump presidency — though it may signal more openness to it, especially in light of the increasingly radical alternative.

Which brings us to Wednesday night’s Trump rally in Greenville, N.C., and the ginned-up crowd of Trump fans chanting “Send her back!” That was in reference to Ilhan Omar, who is a naturalized American from Somalia, a radical at the crowded junction between Islamists and leftists, and a member of Congress from Minnesota’s fifth district — the deep-blue Twin Cities area that teems with Millennials and Somali immigrants.

All good populist demagoguery needs a villain. President Trump hardly has the market cornered on this. Both Barack Obama and Hillary Clinton studied Alinskyite community organizing. The organizer, a self-styled renegade against The Establishment, is instructed to avoid abstractions when picking an opposition target. You’ve got to make it personal, to polarize the adversary in stark terms. Trump’s persona is to hit back harder than he is hit. No surprise, then, that he is a practitioner of this demagogic art, since he is also the Left’s No. 1 target.

Most Republican villains the Left selects (the Bushes, Mitt Romney . . .) respond by trying to prove they’re not really villains. This is a futile strategy.

The demagogues making the accusation already know it’s not true. They do it because it always works. Or at least it used to. It’s different with the president, who is from the Leo Durocher School: “I come to play. I come to beat you. I come to kill you!” Trump vexes the Left because he revels in the mud wrestle. Sure, he craves admiration, but he wants to win more, and he doesn’t in the slightest mind winning ugly. In that the Left must see a lot of itself, but that doesn’t mean it has figured out an effective response.

NOW WATCH: ''Send Her Back' Chanted at Trump Rally'

At the 2016 rallies it was “Lock her up!” because Mrs. Clinton was the obvious target. To be sure, there is no shortage of Clinton antagonists who would like to see her in the dock. But that wasn’t what the chant was about. The point was the political narrative: Hit the villain where she is most vulnerable — on corruption, where the Left cannot defend her.

Now, for the moment (i.e., while Trump’s 2020 opponent has yet to be chosen), the villain is the “Squad,” comprising Representative Omar and three other backbench Democratic congresswomen.

It is a different dynamic from 2016. Clinton, a Washington overlord, was withered by Trump’s onslaught. For the Squad, the combat is symbiotic. There is as much personal political advantage for the radical upstarts in being perceived as the president’s chief antagonists as for the president in branding them as such. The loser in the triangulized equation is the Democratic party of Nancy Pelosi and Chuck Schumer. That, for what it’s worth, is why I can’t see Biden, another relic, emerging as the nominee.

Race and womanhood have nothing to do with Omar’s problems. Women are a majority of the population and, for years, they have been voting at higher rates than men. African-American women, such as Michelle Obama and Oprah Winfrey, are among the most popular figures not only on the political left but in the nation.

As for Islam, this issue is not that Omar is merely a Muslim. It is that she is an Islamist fellow traveler. Despite Washington’s best efforts, Americans grasp the difference between (a) Islam as a personal religious affiliation and (b) sharia supremacism as an anti-Western political ideology. They don’t see Omar as simply a Muslim. They see someone who is hard-wired to blame the United States for jihadist terrorism. They see someone who is steeped in anti-Semitism, and indistinguishable from her Muslim Brotherhood friends in hostility to Israel’s existence.

Finally, unlike her Squad mates, Omar has potential legal problems. There are grounds to believe she may have committed marriage fraud with her brother from 2009 through 2017. And this is no gut-wrenching story about a family struggling to shield children from the horrors of war in their native land: At the time of the marriage, Omar was a 26-year-old American citizen who had been in the U.S. for 17 years; the man alleged to be her brother was a young adult living in London, not Mogadishu.

In 2002, Omar married Ahmed Hirsi, her true and current husband. It was a Muslim wedding ceremony, not a formal legal marriage; but it was quite real: They have three children, and there are indications that they continued to live together even after 2008, when Omar says she and Hirsi divorced in accordance with Islamic law. In 2009, Omar formally married a man named Ahmed Nur Said Elmi — “formally” in the sense that a state marriage license was issued.

There is considerable evidence that Elmi is Omar’s brother. For example, the Ahmed Nur Said Elmi whom Omar married shares a birthday with a man by the same name who attended a Minnesota high school in 2003. At the time, he lived with a man named Nur Said Elmi Mohamed, whom both Elmi and Omar have identified as their father. There are also indications that Omar, Hirsi, and Elmi all lived together for a time.

Omar has summarily dismissed the claim that she married her brother as “absurd and offensive,” but she otherwise refuses to address it and has frantically purged old social-media posts and other documentation.

At this point, nothing has been proved. If there was a sham marriage for immigration purposes, however, that would be just one of many issues. Potentially, there would also be tax fraud, commercial fraud, and various state and federal false statements to sort out.

Until recently, Omar was merely a Minnesota sensation. The media-Democrat complex has helped her stonewall the investigative diligence of journalists David Steinberg, Preya Samsundar, and Scott Johnson. (See Scott’s Power Line post and the links it includes.)

Welcome to the show, Congresswoman.

The president thrives on this stuff. His supporters may chant send her back! He’s happy to have her front and center in Washington.

Of course, there has been no shortage of outrage about the chanting, which was so deplorable, as it were, that Trump himself disavowed it the next day — even if he didn’t seem too upset while it was happening. Sorry to say, I can’t get too whipped up about it.

Yes, Representative Omar is a naturalized American. As a matter of law, she’s just as much an American citizen as any one of us born in this country. The suggestion that the government should send her back to her native Somalia — because she is “the Other,” because she has the temerity to criticize the president — is obscene. I get all that.

But . . . are we really taking this seriously?

In a column earlier this week, I observed that the president’s tweets suggesting that Squad members should go back home to their native countries were not racist; but they were factually ignorant, politically dumb, and all in all beneath the presidency. After all, three of the Squad are native Americans; the fourth, Omar, is a naturalized American who left Somalia when she was six years old and has been here since she was ten. America is the only home the four congresswomen have even known.

Yet, because they habitually run America down, the president could not resist the urge to rail that, if they really believed it was so bad, they should leave of their own volition. Offensive outburst?

Yes . . . but he never suggested that the government could or should send them away. No one believes that.

“If it were up to me, I would put in jail every sandal-wearing, scruffy-beard weirdo who burns the American flag.” I don’t know if you could quite fit that into a rally chant, but it is a memorable bit of reactionary sentiment from Justice Antonin Scalia.

Shortly before he died, the great jurist was explaining why he voted against the criminalization of flag-burning (in the Supreme Court’s controversial 1989 ruling in Texas v. Johnson). With characteristic pith, he was illustrating something that ought to be patent: We often express passionately our most visceral feelings; but we do not act on these outbursts in actually lived life.

When we get down to brass tacks, principles, laws, and norms are honored.

We have those guardrails precisely because we’re human, prone to error and excess, prone to let our id out for a night at the rally hall. We cannot help what we think in a gut sense, and liberty means being free to voice those thoughts, even when good judgment would counsel against it. But when we get back to reality, common sense and law take over.

We might say “Kill the umpire,” but we don’t actually want the umpire killed. We shouldn’t need to explain that because everyone understands it. The exercise of our right to scream “Kill the umpire” does not create a clear and present danger to umpires.

For 60 years I’ve heard crowds say nutty things at carnival-type venues; on the other hand, I’ve also prosecuted people for inciting terrorist attacks against the United States. There is a palpable difference between provocative expression and incitement to violence, one that is not hard for sensible people to discern, even if great legal minds have struggled to articulate it precisely.

You want to condemn rambunctious chants? Knock yourself out. But let’s not exaggerate their significance. No one is going to make Ilhan Omar stop spouting her bile as long as she refrains from urging violence.

We can probably also survive a little “send her back!” without the Republic’s crumbling. 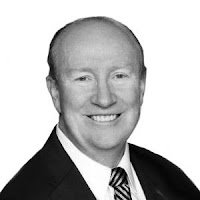 From Instapundit
FLASHBACK 2001: Before Donald Trump The Left Accused Conservatives of Being “racist,” “homophobe,” “sexist,” “mean-spirited,” “insensitive” and much more.

The above two links only go back to 2001 through 2017, but FDR was retroactively insinuating that Calvin Coolidge was a Nazi in 1944, and Walter Cronkite was doing the same to Barry Goldwater 20 years later.