Bruce LeVell, the National Diversity Coalition for Trump executive director, said on Sunday evening he predicts President Donald Trump will win even higher levels of support in the black and Hispanic communities in 2020 than he did in 2016. 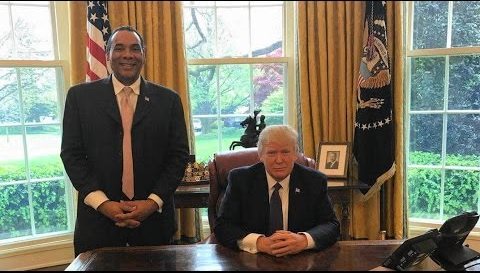 “Pastor Darrell Scott is the CEO, we started this back in 2015,” LeVell said on Breitbart News Sunday on SiriusXM 125 the Patriot Channel on Sunday evening about the National Diversity Coalition for Trump. 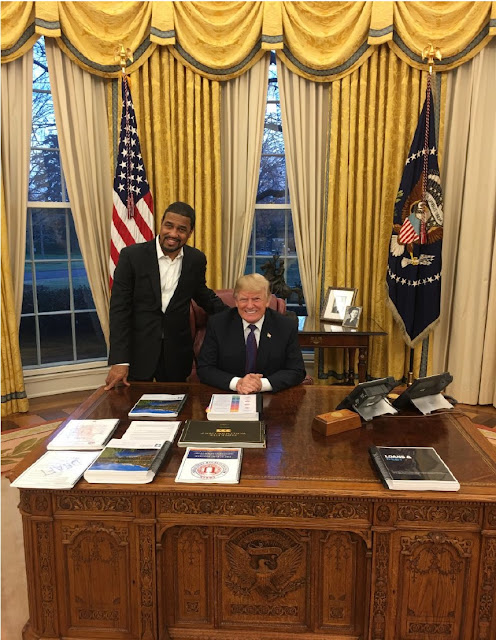 “It is the largest diversity coalition platform in history for a Republican candidate, not to mention a sitting president, and there are millions of guests that sign on and sign up that are part of this. 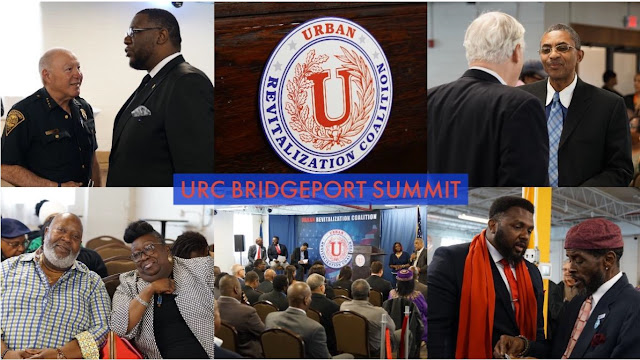 "They all stand in one agreement that they believe in this great president and that he is here for all and wants everyone to be successful. It’s pretty flattering, honestly, to be a part of this.

"It just totally debunks everything that they try to make him out to be–a racist, which he’s not. The numbers prove that he’s not.

"You can see where he’s rising in terms of the Hispanic vote, and the African American vote. It’s just really going to be mind-boggling on the next go-around. I guarantee it. It’s going to more than double because people are happy; they’re working.” 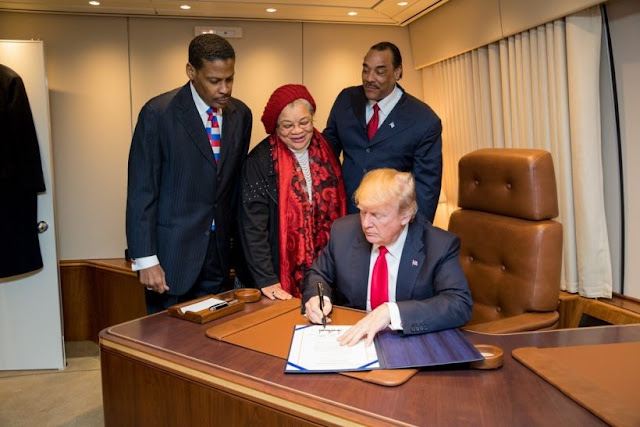 LeVell, when asked for his rationale on why he thinks Trump’s support in 2020 among blacks and Hispanics will more than double, attributed it to the results President Trump has gotten for those communities. 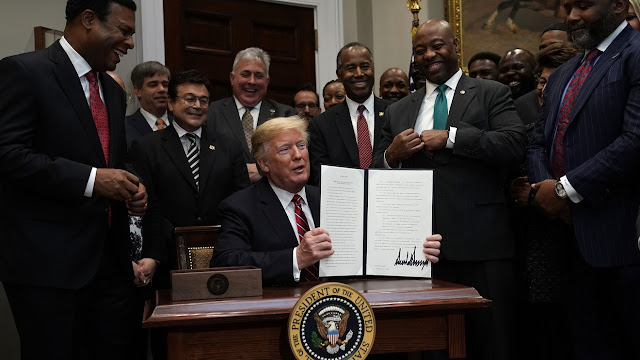 “Sometimes you have to speak things into existence,” LeVell said. “The president said, ‘What do you have to lose?’ That challenge, especially in the underserved communities, well, yeah, what do we have to lose?

"We tried it this way for 30 or 40 years. Some of these cities and municipalities were under Democrat rule, as you might say, for many years, and then you say, ‘You know what? Let’s make the ask.’ You know, the president made the ask. Sometimes, you just have to ask, ‘Hey, what do you got to lose? Try this.’ Let’s try one of the biggest, strongest bills that he’s signed, that was so beneficial, called the Opportunity Zones. 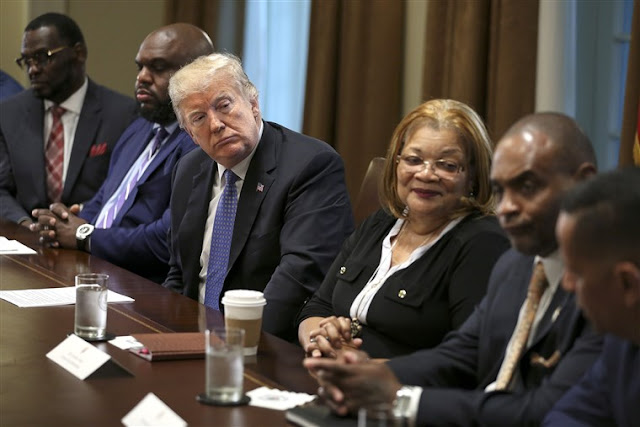 "These are the things that people are starting to see–the light at the end of the tunnel. Here’s a businessman that understands what I call a balance sheet, a P & L sheet of profit and loss. The president wants to see the country profitable, not losses. So that’s what he does. He says, ‘Okay, where can we improve? What can we do?'”

He continued, “Like I said earlier, I think the Opportunity Zones is a sleeper; it has so many moving parts to it where you can sell a piece of property for $2 million and instead of paying that very high capital gains [tax] you can identify those funds over the zone, and then, you can build another little hotel or a shopping center for economic empowerment for that community. 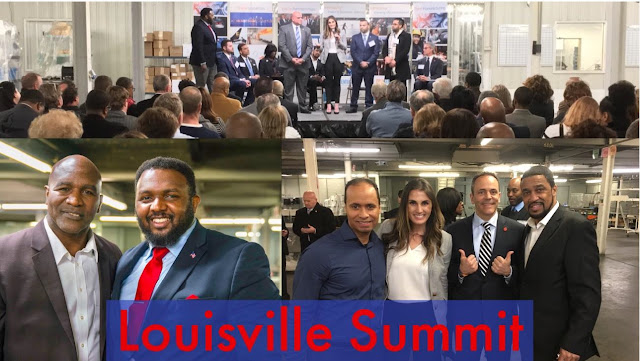 "So there’s so many initiatives out there for people of color, like myself, who see opportunities. You know, how about this? You live in a black community under the Trump administration, you walk down the street and say, ‘Wow, 98 percent who live in the community are African American,’ and you say, ‘Why don’t you build that grocery store? Why don’t you build that gas station?’ Wow, you’re right. I can.

"The programs that are out there, like in the Small Business Administration, you get as little as five or ten percent down, and they can maturize it to 30 years, and if you’re a veteran, they waive the fees. There are so many tools out there, and you saw the president when he adjusted Dodd-Frank last year; that was a terrible, terrible deal they did in 2009 and 2010 that literally almost just choked and killed the business community because of the Dodd-Frank, going in there and regulating these small community banks, which were life support for these small communities especially in the African American community, where he readjusted that last year and made it work.

"These are the things this president understands that as a businessman he can bring his lifelong talents to the White House and can help America. The biggest thing about this is, remember, the president is not beholden to any special interest group; this is a very key part of this conversation right here because he can go in there and govern without having to worry about paying back favors.”

According to NBC News analysis in the immediate aftermath of the 2016 election, Trump actually outperformed now-Sen. Mitt Romney (R-UT)–then the former governor of Massachusetts–in the 2012 election when it came to both the black and Hispanic communities.

If Trump is able to double support in the black and Hispanic communities in 2020, as LeVell predicts he will, no Democrat will stand even close to a chance of defeating him; the margins they would need for victories in a number of states would be significantly eroded.

Perhaps that is why the Democrats are now attempting to paint Trump as a racist amid his battle with the so-called “Squad” of socialist Reps. Alexandria Ocasi0-Cortez (D-NY), Ayanna Pressley (D-MA), Ilhan Omar (D-MN), and Rashida Tlaib (D-MI).

The new faces of the Democrat Party, the “Squad,” in other words, is worried they may lose the election in 2020 if LeVell and other Trump backers are right.

But the scurrilous accusations of racism for quick political gains, which have also been leveled at House Speaker Nancy Pelosi and former Vice President Joe Biden in recent weeks, LeVell warns, may undermine the ability to stand up to actual racism where it exists.

“At first, it was kind of bizarre,” LeVell, who knows Trump well and has known him prior to his run for president, said of the false racism accusations.

“Now, it’s just plainly un-American. It’s so anti-patriotic. You know, the interesting thing about it for me as a black conservative or Republican–I like to define myself as a Frederick Douglass Republican–most of the name-calling comes from people who actually look like me, 90 percent of it. It’s bizarre, and it’s because our thinking process is not lining up with theirs. It’s the only playbook they have, like I said earlier, which is, ‘Let’s just use the race card.’"

LeVell went on to say, “Getting back to the president, I’ve been around him–I was just with him at the rally–in very intimate settings, behind the scenes at the rally, and you’re right: I’ve traveled with him, been on the plane with him. I’ve been in private meetings with him. I’ve talked with him, and you know–let me tell you something: I’m 55 years old, I’ve lived my whole life in the South, and I’m world-traveled. Let me tell you: I know racism when I see it. This man is nowhere near being a racist.

"You know, it’s kind of sad because it’s pretty much watered down things that are legitimate, to where people are just going to get so numb with it, and people are just being like, ‘Wow, are you serious?'”