'The President Won This One': CNN's Tapper Details How Trump Outflanked Ocasio-Cortez And Her Leninist Girl Scout Troop 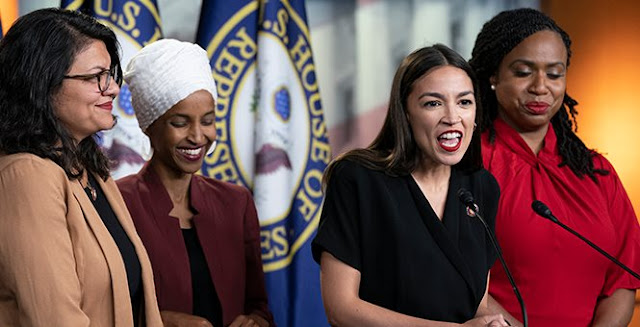 House Democrats may have appeared united in the resolution condemning President Trump for a series of tweets aimed at Reps. Alexandria Ocasio-Cortez (D-NY), Ilhan Omar (D-MN), Rashida Tlaib (D-MI), and Ayanna Pressley (D-MA), but behind the scenes we have chaos.

A few talked to Tapper off the record and noted this whole fiasco has been a massive win for the Trump White House.

There was infighting between AOC and Speaker Pelosi, which is good, but what’s even better is forcing the Democratic leadership to re-embrace this Leninist Girl Scout Troop from Hell and their extremist agenda and anti-Semitic remarks. Oh, and Omar made sure to make it clear to CBS’s Gayle King that she doesn’t regret her remarks.

There were also worries that AOC and her crew’s antics won’t help moderate House Democrats keep their seats in 2020. With them defining the party, that’s very possible. Have you seen the polling? The agenda peddled by these women are viewed as straight trash.

“Anything that takes away from bread and butter issues is playing into his [Trump’s] hands, said another Democrat.

There’s also great hesitancy to defend this quartet over their absurd claims that we have concentration camps on the southern border in a not so subtle reference to the Nazi Holocaust.

The irony is that soon after these allegations were lobbed by AOC, she quoted a Nazi sympathizer on Twitter. And defending these women means defending their anti-Semitic antics, which Omar has been their top quarterback.

While some tried to work on a package to help the overcrowding in the detention centers, this crew attacked them for being complicit for putting kids in cages. Why? Well, anything that enforces immigration law is seen that way. It’s evil in their eyes. They’re for open borders.

“I can't tell you the number of Members who are angry and annoyed about them criticizing us,” said another Democrat.

Where were these people when the House tried to condemn anti-Semitism. Over the weekend, Trump said that these women should go back to their crime-infested places from whence they came, fix it, and come back. He later doubled down and said if they don’t like it here, they can leave.

Oh, and there’s the whole part about this four-headed monster backing primary challenged. AOC and her Justice Democrats have said they are in no way backing off from possibly challenging incumbent Democrats next year. Needless to say, that hasn’t sat well with their Democratic colleagues. It looks like Trump just outflanked them. 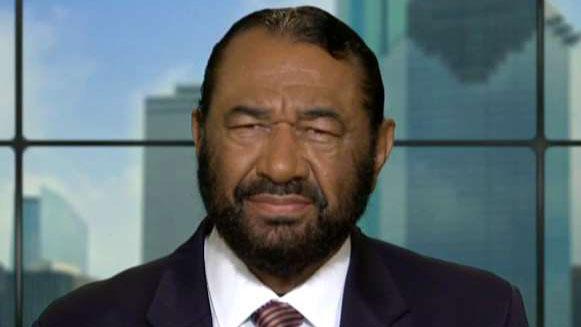 The House of Representatives on Wednesday voted to set aside a resolution by Rep. Al Green, D-Texas, to introduce article of impeachment against President Trump – the third time the Houston-area lawmaker has taken a shot at impeaching the president, but the first since Democrats regained control of the House.

Lawmakers voted 332-95 to table Green’s resolution, which was widely opposed by House Speaker Nancy Pelosi, D-Calif., and other top Democrats worried that the measure would force vulnerable swing-district lawmakers into peril ahead of the 2020 elections.

The bipartisan vote shelved any chance of bringing forth articles of impeachment against Trump in the near future.

"The president has committed an impeachable offense," Green said on the House floor earlier on Wednesday. "Yesterday, we condemned him for that. Today is our opportunity to punish him."

137 Democrats voted in favor of tabling the resolution compared to just 95 who voted against shelving it. Only one lawmaker, Rep. Peter DeFazio, D-Ore., voted present.

Trump tweeted afterward, "The United States House of Representatives has just overwhelmingly voted to kill the Resolution on Impeachment, 332-95-1. This is perhaps the most ridiculous and time consuming project I have ever had to work on."

Green later denied he was playing into the president's hands. "The president, at some point, will be impeached... people are starting to pay attention," the congressman said.

Instead of moving ahead with articles of impeachment, most Democrats have appeared to prefer waiting to see if a stronger case for removal could be developed that would win broader public support, and they're eagerly awaiting next week's scheduled testimony to two House committees by former Special Counsel Robert Mueller.

"With all due respect in the world for him, we have six committees that are working on following the facts in terms of any abuse of power, obstruction of justice and the rest that the president may have engaged in," Pelosi said. "That is the serious path that we're on."

Recent polling has shown majorities opposed impeachment. Even if the House voted to impeach Trump, which would amount to filing formal charges, the Republican-run Senate would be unlikely to remove him from office.

The showdown over Green's resolution also came amid tensions between Pelosi and the same four progressive congresswomen of color whom Trump singled out in a tweet and implored them to "go back and help fix the totally broken and crime infested places from which they came. Then come back and show us how it is done."

All four of the women Trump apparently singled out – Reps. Alexandria Ocasio-Cortez of New York, Ilhan Omar of Minnesota, Rashida Tlaib of Michigan and Ayanna Pressley of Massachusetts – are American citizens and three of the four were born in the United States.

The four have waged an increasingly personal clash with Pelosi over how assertively the House should try restraining Trump's ability to curb immigration.

But, if anything, Trump's tweets may have eased some of that tension, with Pelosi telling Democrats at a closed-door meeting Tuesday, "We are offended by what he said about our sisters," according to an aide who described the private meeting to The Associated Press on condition of anonymity.

The freshman lawmakers also have been vocal advocates for Trump’s impeachment.

"Opening an impeachment inquiry is exactly what we must do when the President obstructs justice, advises witnesses to ignore legal subpoenas, & more," Ocasio-Cortez tweeted last month.

The House late Tuesday voted to condemn Trump’s comments after a bizarre floor fight when Pelosi was found to have violated a House rule over decorum.

Despite a lobbying effort by Trump and party leaders for a unified GOP front, four Republicans voted to condemn his remarks: moderate Reps. Brian Fitzpatrick of Pennsylvania, Fred Upton of Michigan, Will Hurd of Texas and Susan Brooks of Indiana, who is retiring. Also backing the measure was Michigan's independent Rep. Justin Amash, who left the GOP this month after becoming the party's sole member of Congress to back a Trump impeachment inquiry.