Yeah, It Looks Like Another Ocasio-Cortez Border Claim Got ‘Royally Busted’ 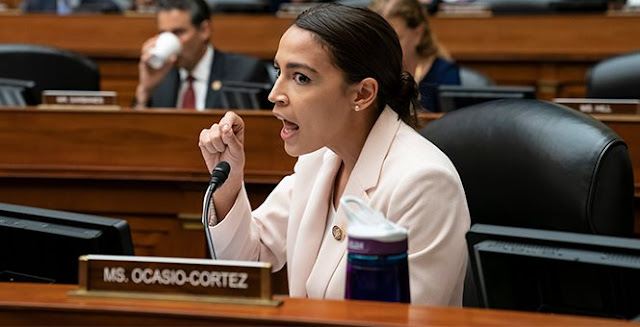 Well, well, well…it was all one massive lie, wasn’t it? Rep. Alexandria Ocasio-Cortez (D-NY) reportedly threw a tantrum at Border Patrol agents while visiting a facility in El Paso.

She said the agents didn’t make her safe, whatever the hell that means, and that they were telling detained illegals to drink from the toilet.

Yeah, that claim was blown up in about 30 seconds. The drinking fountains are connected to the toilets. 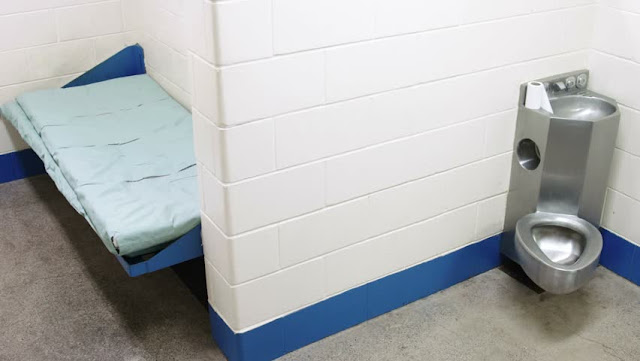 And they will do anything to try and stoke anger among Hispanic voters toward this White House; Trump’s support among Hispanics is not too shabby, by the way.

I haven't seen photo of the Clint, TX facilities that @AOC described today, but it would be interesting if "drinking from the toilet" meant drinking from an attached sink marked "potable water" -- like this image from a CBP holding facility in Tuscon (filed in federal court). 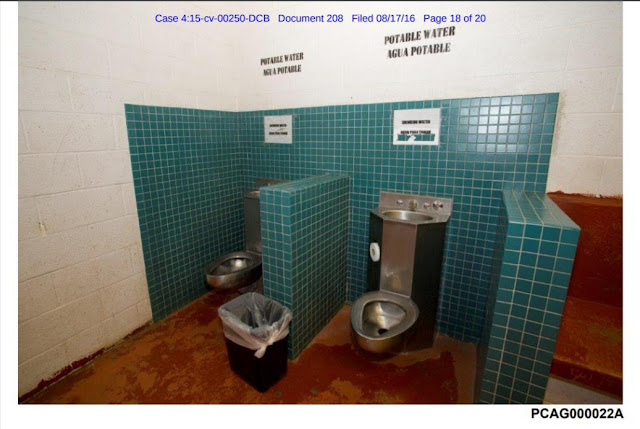 If it was true, why didn't AOC do something to help those poor women?

SCOOP: Rep. Alexandria Ocasio-Cortez, D-N.Y., screamed at federal law enforcement agents “in a threatening manner” during a visit to a U.S. Border Patrol facility in El Paso, Texas, Monday afternoon and refused to tour the facility, according to two people who witnessed it.

So AOC didn’t actually tour the facility, abused CBP workers. and made up a bunch of stuff which sympathetic reporters are parroting without checking.

But should we be shocked that this blew up, folks?

First, the toilet claim is suspect since she refused to take a tour of the facility.

Second, this isn’t the first time one of her border visits was busted for being total AstroTurf.

Remember the pictures of her crying while touring another detention facility in Tornillo, Texas last week? 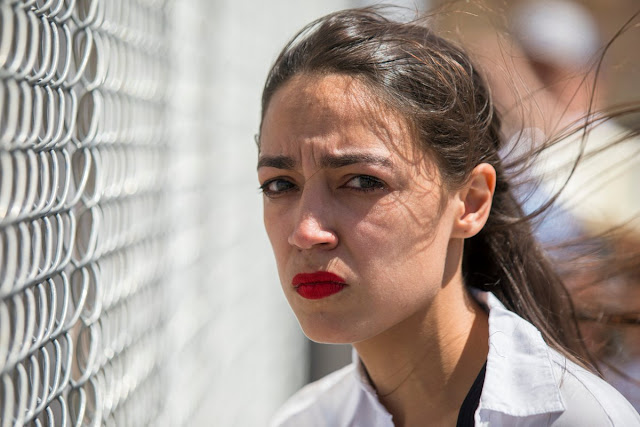 Yeah, well those photos are old…and they were mostly of a vacant lot. 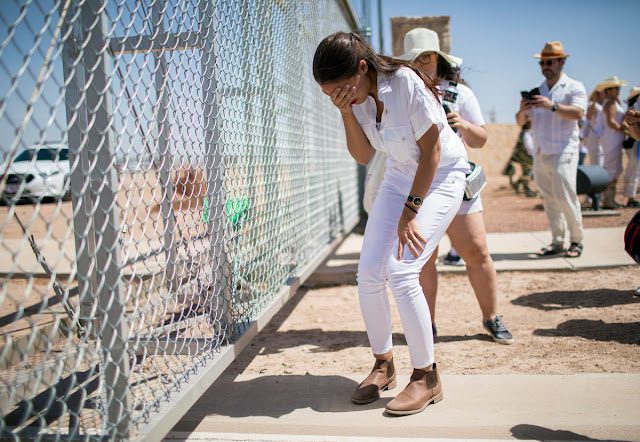 Photographer Ivan Pierre Aguirre recently posted pictures from AOC’s trip to the border last year, which depict the congresswoman crying, presumably at the sight of nearby migrant children being inhumanely detained.

“Before @AOC hit the national stage & was just a fairly unknown House candidate frm NYC,she took time awy frm her campaign & came dwn to #Tornillo to protest the #tentcity housing migrant children.” Aguirre wrote on Twitter. “I made these previously unpublished fotos a yr ago today.”

AOC helped bring the photos international attention after writing of the images: “I’ll never forget this, because it was the moment I saw with my own eyes that the America I love was becoming a nation that steals refugee children from their parents,& caged them.”

“More kids died after this,” she added. “To date, no one has been held accountable. We need to save these kids.”

Grabien News searched Getty Images’ archive and located alternate-angle photos from this same event.The images, seen below, indicate AOC was crying at the sight of … a mostly empty lot.

Snopes actually claims they’ve debunked the report, but their investigation in fact does the opposite. As reported above, both the photographer who re-surfaced the photos as well as AOC suggested the images depict her crying at the sight of nearby “caged” children.

Snopes spoke with the photographer, who confirms that’s not the case.

Given that the detention of immigrant children has become a major point of national controversy, and that the obsession with Ocasio-Cortez among right-leaning media outlets has been fairly constant since her surprise election to represent New York’s 14th district in 2018, it’s perhaps no surprise that dissecting the pictures for signs of alleged malfeasance became a new internet pastime.

“The pictures were ridiculed particularly as there was no sight of actual migrant children during the protest,” Fox News reported.

That’s no surprise, Aguirre told us. The roadway leading to the encampment was closed off to news media and protesters. “Obviously,” he said, “there weren’t kids two feet away.”

Further confirming Grabien News’ account, Aguirre provided another photo depicting the roadway that leads to where the housing facility is. The photo, below, makes clear there were no children within eyeshot of the protesters.

Liberal fact-checkers are trash and Snopes is trash.

But even more importantly, AOC’s lies on this subject are starting to run as the southern border itself. As our friends at Twitchy put it, her lies on this matter have been "royally busted."