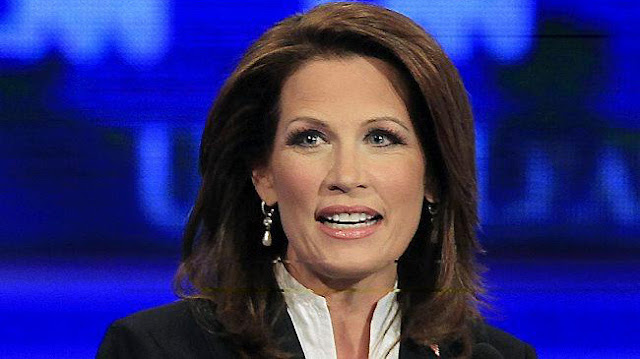 One gets the sense that some in the media are doing their best to help Michele Bachmann win the Republican nomination by attacking her over ridiculous kerfuffles. The latest example involves her claim that the Founding Fathers "worked tirelessly" to end slavery.  On Good Morning America, host George Stephanopoulos told Bachmann that her claim is " just not true":

Stephanopoulos: The Pulitzer Prize winning website, Politifact, has found that you have the worst record of making false statements of any of the leading contenders. And I wondered if you wanted to take a chance to clear up some of your past statements. For example earlier this year you said that the Founding Fathers who wrote the Constitution and the Declaration of Independence worked tirelessly to end slavery. Now with respect Congresswoman, that’s just not true. Many of them including Jefferson and Washington were actually slave holders and slavery didn’t end until the Civil War.

Pressed on the issue, Bachmann replied, "Well if you look at one of our Founding Fathers, John Quincy Adams, that’s absolutely true. He was a very young boy when he was with his father serving essentially as his father’s secretary. He tirelessly worked throughout his life to make sure that we did in fact one day eradicate slavery."

Citing only John Quincy Adams may have not made for the strongest argument, as Bachmann herself noted that he was a young boy during the revolution. But in arguing that the Founding Fathers worked to end slavery, Bachmann is on solid ground. She follows in the footsteps of the first Republican president.

The Founders put slavery on the path to ultimate extinction, Abraham Lincoln said. 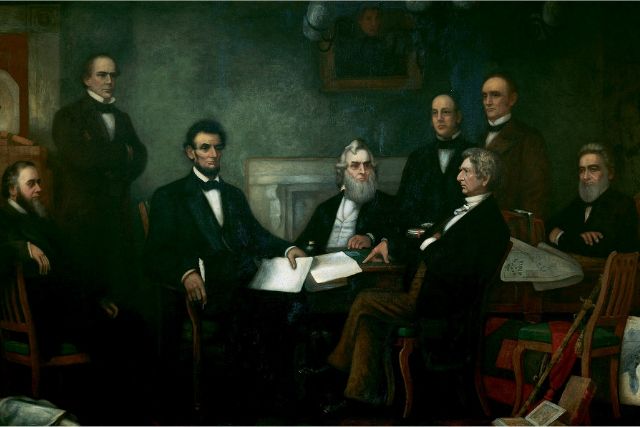 But the Kansas-Nebraska Act of 1854 threatened to bring about slavery's resurgence by opening up new territories to slaveowning.

In 1854, Lincoln made this argument in a series of speeches on behalf of candidates opposed to the Kansas-Nebraska Act. "In these addresses Lincoln set forth the themes that he would carry into the presidency six years later," writes Princeton's James M. McPherson in the Battle Cry of Freedom.

The founding fathers, said Lincoln, had opposed slavery. They adopted a Declaration of Independence that pronounced all men created equal. They enacted the Northwest Ordinance of 1787 banning slavery from the vast Northwest Territory.

To be sure, many of the founders owned slaves. But they asserted their hostility to slavery in principle while tolerating it temporarily (as they hoped) in practice.

That was why they did not mention the words "slave" or "slavery" in the Constitution, but referred only to "persons held to service." "Thus, the thing is hid away, in the constitution," said Lincoln, "just as an afflicted man hides away a wen or a cancer, which he dares not cut out at once, lest he bleed to death; with the promise, nevertheless, that the cutting may begin at the end of a given time."

The first step was to prevent the spread of this cancer, which the fathers took with the Northwest Ordinance, the prohibition of the African slave trade in 1807, and the Missouri Compromise restriction of 1820.

The second was to begin a process of gradual emancipation, which the generation of the fathers had accomplished in the states north of Maryland.

Here's what Lincoln said of the Founding Fathers in his 1854 Peoria speech:

The argument of "Necessity" was the only argument they ever admitted in favor of slavery; and so far, and so far only as it carried them, did they ever go. They found the institution existing among us, which they could not help; and they cast blame upon the British King for having permitted its introduction.

BEFORE the constitution, they prohibited its introduction into the north-western Territory---the only country we owned, then free from it. AT the framing and adoption of the constitution, they forbore to so much as mention the word "slave" or "slavery" in the whole instrument. In the provision for the recovery of fugitives, the slave is spoken of as a "PERSON HELD TO SERVICE OR LABOR."

In that prohibiting the abolition of the African slave trade for twenty years, that trade is spoken of as "The migration or importation of such persons as any of the States NOW EXISTING, shall think proper to admit," &c.

These are the only provisions alluding to slavery.

Thus, the thing is hid away, in the constitution, just as an afflicted man hides away a wen or a cancer, which he dares not cut out at once, lest he bleed to death; with the promise, nevertheless, that the cutting may begin at the end of a given time.

Less than this our fathers COULD not do; and NOW [MORE?] they WOULD not do. Necessity drove them so far, and farther, they would not go. But this is not all.

The earliest Congress, under the constitution, took the same view of slavery.

They hedged and hemmed it in to the narrowest limits of necessity.

In 1794, they prohibited an out-going slave-trade---that is, the taking of slaves FROM the United States to sell.

In 1798, they prohibited the bringing of slaves from Africa, INTO the Mississippi Territory---this territory then comprising what are now the States of Mississippi and Alabama.

This was TEN YEARS before they had the authority to do the same thing as to the States existing at the adoption of the constitution.

In 1800 they prohibited AMERICAN CITIZENS from trading in slaves between foreign countries---as, for instance, from Africa to Brazil.

In 1803 they passed a law in aid of one or two State laws, in restraint of the internal slave trade.

In 1807, in apparent hot haste, they passed the law, nearly a year in advance to take effect the first day of 1808---the very first day the constitution would permit---prohibiting the African slave trade by heavy pecuniary and corporal penalties.

In 1820, finding these provisions ineffectual, they declared the trade piracy, and annexed to it, the extreme penalty of death.

While all this was passing in the general government, five or six of the original slave States had adopted systems of gradual emancipation; and by which the institution was rapidly becoming extinct within these limits.

Thus we see, the plain unmistakable spirit of that age, towards slavery, was hostility to the PRINCIPLE, and toleration, ONLY BY NECESSITY.

In Lincoln's famous 1860 Cooper Union speech, he noted that of the 39 framers of the Constitution, 22 had voted on the question of banning slavery in the new territories. Twenty of the 22 voted to ban it, while another one of the Constitution's framers--George Washington--signed into law legislation enforcing the Northwest Ordinance that banned slavery in the Northwest Territories.

At Cooper Union, Lincoln also quoted Thomas Jefferson, who had argued in favor of Virginia emancipation: "It is still in our power to direct the process of emancipation, and deportation, peaceably, and in such slow degrees, as that the evil will wear off insensibly...."

To be sure, the Founding Fathers weren't abolitionists. But they were overwhelmingly antislavery.


JOHN MCCORMACK is a senior writer at The Weekly Standard.

https://www.weeklystandard.com/john-mccormack/lincoln-said-it-best-the-founding-fathers-opposed-slavery
Posted by Frances Rice at 9:48 AM