Tammy Bruce: Trump vs. AOC and 'the squad' – What bare-knuckle fight means for 2020 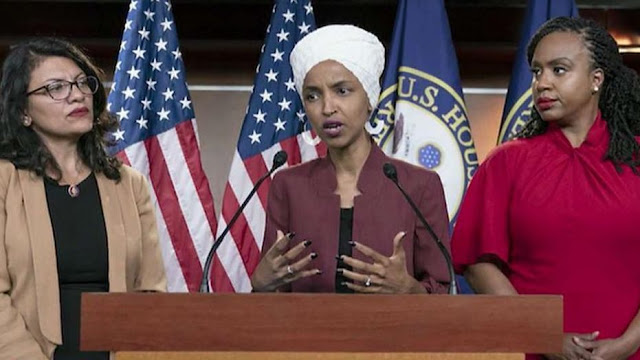 The four House congresswomen feuding with the speaker and President Trump speak out on the tensions on Capitol Hill; Mark Meredith reports.

A very educational series of events occurred in the last couple of weeks illustrating the nature of political maneuvering at the national level. In this case, the Democrats are on the losing end, having been played expertly by President Donald Trump.

After months of House Speaker Nancy Pelosi trying to placate the four leftist freshmen dropped in her lap after the midterms, suddenly the speaker turned on her unruly and ignorant new members.

After the freshmen voted against the border aid bill, Pelosi told The New York Times as reported by Fox News, ”‘All these people have their public whatever and their Twitter world,’ Mrs. Pelosi said of Reps. Ocasio-Cortez, Ilhan Omar, D-Minn., Rashida Tlaib, D-Mich., and Ayanna Pressley, D-Mass. ‘But they didn’t have any following. They’re four people and that’s how many votes they got.’"

After Ocasio-Cortez publicly implied Pelosi was a racist, Rep. William Lacy Clay, a Democrat from Missouri, added to the mounting criticism of the four lawmakers. Speaking to Fox News, he characterized Ms. Ocasio-Cortez as ignorant, immature and insensitive, and suggested the four will hurt the Democrats in 2020. 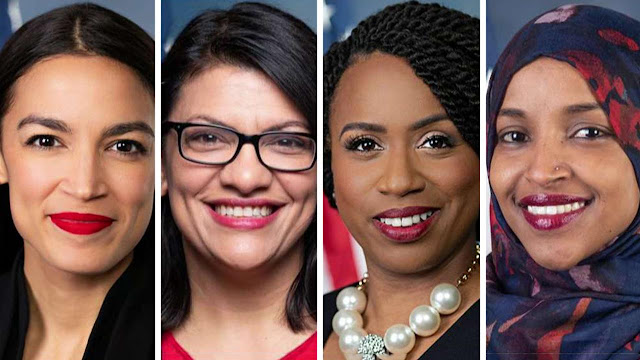 With Pelosi’s newfound rejection of what is now known as “the squad,” it seemed pretty obvious that the Democratic Party had found through internal polling that those women were not only not representative of a movement, but were actually damaging the Democratic Party.

For those of us who are former political organizers, what the president was doing was clear: Provoking the Democrats into again embracing and defending women whom swing voters find toxic due to their agenda and attitudes. And they’re doing just that.

The poll being leaked to the media was likely Pelosi’s hardball against the squad, embarrassing them publicly but also sending a message to every other Democrat that this image of “the squad’s” influence is not only nonexistent, but these individuals and their message are dangerous to any hope they have at winning the White House in 2020.

Moreover, a shadow is now emerging that they could also lose control of the House of Representatives.

I’m sure Pelosi at the end of this was pouring a glass of champagne and having a few laughs with her supporters about her skill at managing a dangerous and unwieldy situation.

The president, after Pelosi’s frantic efforts to remove these women from the front of cameras, took an action that put them right back in front of the media, while forcing Democratic leadership to defend and embrace the very same women they had gone public to marginalize.

In response to a series of tweets critical of the congresswomen, Trump is being accused of being “a racist,” (falsely, of course). In his criticism he names no one and makes no mention of race. After all, he’s not in control of the ethnicity or the race of any member of Congress, and he’s not going to hold anyone to a different standard based on their identity. But that’s one of his crimes as well.

For those of us who are former political organizers, what the president was doing was clear: Provoking the Democrats into again embracing and defending women whom swing voters find toxic due to their agenda and attitudes. And they’re doing just that.

In his hallmark transparency, Trump himself noted just this, tweeting: “The Dems were trying to distance themselves from the four ‘progressives,’ but now they are forced to embrace them. That means they are endorsing Socialism, hate of Israel and the USA! Not good for the Democrats!”

David Axelrod also knows what the president is doing and it upsets him to no end: “With his deliberate, racist outburst, @realDonaldTrump wants to raise the profile of his targets, drive Dems to defend them and make them emblematic of the entire party. It’s a cold, hard strategy.”

While many might consider the president’s sentiment harsh, he was addressing the representatives’ attitudes and statements, including rhetoric involving attacks on the country, on Jews, on ICE, the border patrol, and on capitalism itself.

Trump’s comments may be blunt, but they’re not “racist,” an accusation now thrown about by the Democrats as casually as saying hello. That, in fact, is the cold, hard strategy.

As Clay noted in his comments about Ocasio-Cortez accusing Pelosi of racism: “You’re getting push back so you resort to using the race card? Unbelievable.”

Unfortunately, it’s all too believable when smearing your opponents is the only card you have.

The good news is the American people will have the final word on all of this next year. And one of the Democratic presidential candidates had better quickly emerge as a genuine party leader with the power and influence to shift the direction of their party, which right now according to my GPS, is headed for the cliff.

https://www.foxnews.com/opinion/tammy-bruce-trump-aoc-the-squad-2020-election-pelosi
Posted by Frances Rice at 11:12 AM