Frederick Douglass would have agreed with Amy Wax.


By Robert L. Woodson
This summer, law professors Amy Wax and Larry Alexander caused a stir with an op-ed lamenting the decline of what they called “bourgeois norms.”

“All cultures are not equal,” they rightly observed.

Those that encourage self-restraint, delayed gratification, marriage and a strong work ethic tend to thrive.

Those that tolerate or excuse substance abuse, out-of-wedlock pregnancy and dropping out tend to break down.

For more details about the ill effects of the cultural breakdown in black communities, click here to view the video: “The State of Civil Rights in AmericaToday.” 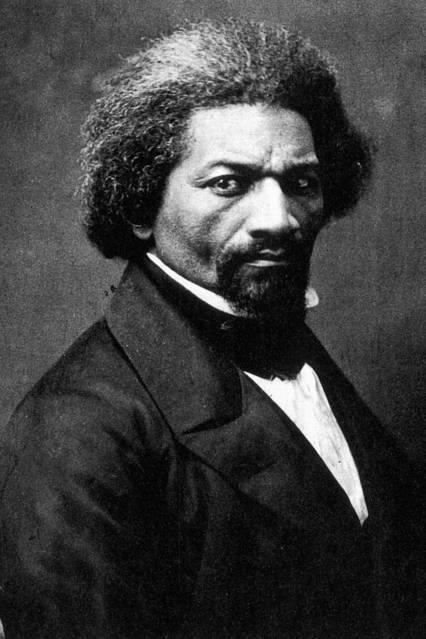 Frederick Douglass, circa 1866. Photo: The Granger Collection
Ms. Wax and Mr. Alexander were instantly accused of racism by the growing army of angry academics who police the prevailing narrative of black victimhood.

According to this narrative, black progress is determined not by personal choices and individual behavior, but by white supremacy, America’s history of slavery and discrimination, and institutional racism. Touting “bourgeois values” is interpreted as an offense against authentic black culture.


The assumptions underlying this narrative bring to mind Frederick Douglass’s description of slaveholding whites, some of whom gave their slaves time off between Christmas and New Year’s Day—and enough alcohol to keep them drunk the whole time.
“Many of us were led to think that there was little to choose between liberty and slavery,” Douglass wrote. “We had almost as well be slaves to man as to rum.” When the holidays ended, the hung over slaves happily returned to the fields, desperate to get away “from what our master had deceived us into a belief was freedom.”
According to Douglass, some slaves chose not to spend their holidays drunk, but to engage instead in constructive activities like visiting family, hiring themselves out, or engaging in recreation.
Even under slavery, the differences in culture and behavior celebrated by Ms. Wax and Mr. Alexander had potency for blacks.
Nothing was more of a threat to the whole rotten institution than a self-disciplined slave who walked with dignity in the face of mistreatment.
A better life has always been available to those who reject undisciplined and irresponsible behavior, and embrace self-determination and personal responsibility.
So-called bourgeois values have always empowered blacks to persevere and overcome bitter oppression. They provided the moral “glue” that held the black community together during the hardest of times.
The life-affirming values that enabled Douglass and others to survive retain their potency in the 21st century.
Hundreds of examples of achievement against the odds prove this point.
Click Here To View The “Profiles of African American Success” Documentaries.
In cities around the country, activists like Bertha Gilkey have ousted drug dealers from public housing projects, transformed their communities, and sent hundreds of young people to college.
Neighborhood moral mentors and character coaches from Washington, D.C., to Milwaukee have changed the behavior, attitudes and life trajectories of once-violent gang members.
Today, the race grievance industry declares that what constitutes “normal” for blacks is different than what constitutes “normal” for whites. In the same way, 19th-century slaveholders assumed that idle drunkenness was the hallmark of authentic black culture.
Mr. Woodson is founder and president of the Woodson Center.
https://www.wsj.com/articles/black-americans-need-bourgeois-norms-1507763403
Posted by Frances Rice at 12:12 PM