By Linda Massarella and Laura Italiano
Hollywood producer Darryl F. Zanuck was legendary in the industry — but not just for the movies he made. 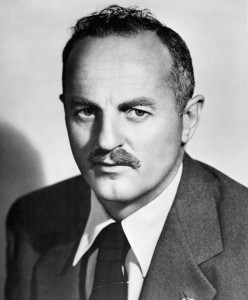 Darryl F. Zanuck - Getty Images
Zanuck worked his way through actresses on the sofa in his office faster than the credits rolled on his flicks, according to the tome “The Zanucks of Hollywood: The Dark Legacy of a American Dynasty’’ by Marlys Harris.


His daily bedding of budding starlets operated like clockwork. At 4 p.m. every day, his Fox Century City studio would shut down while Zanuck shuttled a young woman through a subterranean passage to his green-paneled office, according to Harris and Deadline Hollywood.
“Anyone at the studio knew of the afternoon trysts,” Harris wrote. “He was not serious about any of the women. To him they were merely pleasurable breaks in the day — like polo, lunch and practical jokes.”
In 1937, Zanuck won the Academy of Motion Picture Arts and Sciences’ first prestigious Thalberg award for producing.
It was the same decade that Variety first used the now-ubiquitous term for the abuse of power that Zanuck and other Hollywood execs were perpetuating behind the scenes — “the casting couch,” according to Slate.
Years later, in 1975, Newsweek would do a story titled “The Casting Couch” in which it quoted the words on a plaque above the couch in the office of a Tinseltown producer in the 1950s: “Don’t forget, darling, tomorrow you’re going to be a star.”
The mag wrote, “Contemporary starlets no longer take sex-on-demand lying down.” 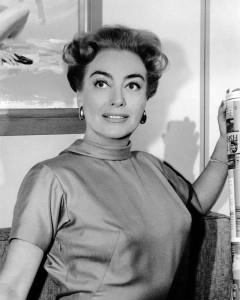 
But things didn’t change then, and they haven’t changed now.
In the past two weeks alone, more than 30 women have come forward with stories of being propositioned, harassed or worse over the past three decades by powerhouse producer Harvey Weinstein. And he’s only the latest Hollywood horndog.
Marilyn Monroe once famously wrote in a memoir about the sexual predators in her industry. “I met them all,” she said. “Phoniness and failure were all over them. Some were vicious and crooked. But they were as near to the movies as you could get. So you sat with them, listening to their lies and schemes. And you saw Hollywood with their eyes — an overcrowded brothel, a merry-go-round with beds for horses.”
Movie moguls have preyed on the ambition of young hopefuls seemingly since the beginning of celluloid.
Actress Joan Crawford, who got her start in the 1920s by dancing naked in arcade peep shows, only advanced her career by sleeping “with every male star at MGM — except Lassie,” quipped fierce rival Bette Davis.
According to ReelRundown.com, “Even at the peak of [Crawford’s] career, rumors continued to surface about how her loathed mother forced Crawford to work as a prostitute, make blue movies and sleep her way to the top.”
As with Zanuck — the longtime head of 20th Century Fox — the preferred perverted method of doing business at MGM allegedly came straight from the top. 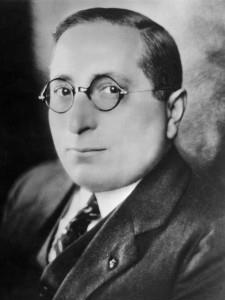 Louis B. Mayer - Getty Images
Studio head Louis B. Mayer “terrorized Hollywood’s women long before Harvey Weinstein,” according to a recent headline in the UK’s Telegraph.


Mayer would direct a 16-year-old Judy Garland to sit on his lap, whereupon he’d palm her left breast while telling her, “You sing from the heart” — a creepy anecdote Garland recalled in a memoir.
And an 11-year-old Shirley Temple got her first — and, she thought, hilarious — peek at the male anatomy courtesy of MGM producer Arthur Freed, who once dropped his pants during a meeting. Temple burst into laughter at the sight and was promptly ordered out of the room.
Monroe was among those who allegedly suffered sexual abuse at the hands of her MGM handlers.
In the 1950s, there was a valiant attempt to bring casting-couch incidents out of the shadows and expose them for what they were — sex abuse.
Two writers with a British fan magazine called Picturegoer tried to expose the industry’s seedy underbelly in a four-part series called “The Perils of Show Business.” Their stories were filled with the same type of on-the-record accounts of power-grabbing sexual harassment that Weinstein would be accused of 60 years later.
“This is the most depressing story we have ever written,” the reporters wrote. “For weeks, we have made our investigations — over the lunch table, in studios, and from the depths of cozy armchairs. Gradually, we have built up a dossier of information, which, we believe, is an ugly scar on the glamorous face of show business.”
But while actresses Joy Webster, Dorinda Stevens, Anne Heywood and Marigold Russell allowed their names to be published, the dastardly bad guys remained anonymous. 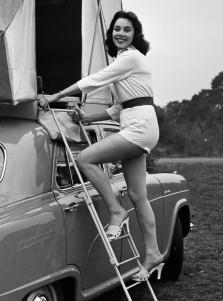 Actress Marigold Russell - Getty Images
Russell, who appeared in bit roles in movies such as 1954’s “The Bells of St. Trinians,” said girls trying to break into the business would pass around a set of rules in the hopes of preventing unwanted sexual attacks.


“One: When you have to talk business, stick to offices — and office hours. Two: Refer invitations and offers to your agent. Three: Don’t give your home phone number, give your agent’s,” she said.
But the casting couch is not just a distant memory involving long-gone stars and their abusers.
Oscar-winner Dame Helen Mirren, who commands respect and awe wherever she goes today, has said that back in 1964, at the tender age of 19, she was just another plaything to director Michael Winner.
Mirren, now 72, said she will never forget how, during an audition, Winner made her flaunt her body as he leered.
“I was mortified and incredibly angry,” she told Richard Madeley and Judy Finnigan in a 2007 television interview. “I thought it was insulting and sexist, and I don’t think any actress should be treated like that — like a piece of meat — at all.”
As Weinstein has downplayed his sexual aggressions, so did Winner, telling The Guardian he didn’t remember ordering Mirren to turn around — but “if I did, I wasn’t being serious.” 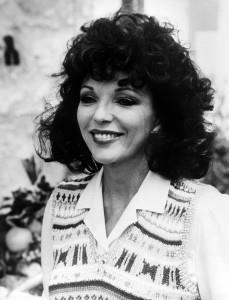 Joan Collins - Ullstein Bild via Getty Images
“I was only doing what the [casting] agent asked me, and for this I get reviled!” he insisted. “Helen’s a lovely person, she’s a great actress, and I’m a huge fan, but her memory of that moment is a little flawed.”


Actress Joan Collins, warned by Monroe about the “wolves” in Hollywood, also wrote in her memoir that she missed out on the title role in 1963’s “Cleopatra,” which went to Elizabeth Taylor, because she wouldn’t sleep with Buddy Adler, the head of 20th Century Fox.
“I had tested for ‘Cleopatra’ twice and was the front-runner,” she said. “He took me into his office and said, ‘You really want this part?’ And I said, ‘Yes. I really do.’ ‘Well,’ he said, ‘then all you have to do is be nice to me.’ It was a wonderful euphemism in the ’60s for you know what.
“But I couldn’t do that. In fact, I was rather wimpish, burst into tears and rushed out of his office.”
Other stories are even darker.
“Rosemary’s Baby” director Roman Polanski initially had sympathy when pregnant wife Sharon Tate was murdered in 1969.
But then details emerged of how he gave a 13-year-old aspiring actress champagne and Quaaludes before having sex with her during a photo shoot in 1977, and the Los Angeles District Attorney’s office stepped in. 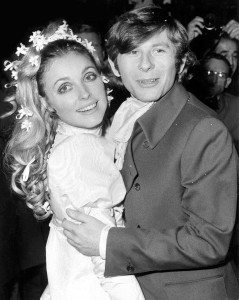 Sharon Tate and Roman Polanski - Gamma-Keystone via Getty Images
“I didn’t want to have sex,” Samantha Geimer wrote in her memoir, “The Girl.”


The Polish director fled the United States before final sentencing and still has an outstanding warrant on that charge.
Eighties child stars Corey Feldman and Corey Haim also have said they were given drugs and “passed around” by male higher-ups when younger.
Feldman told The Hollywood Reporter that Haim, who died in 2010 at age 38, “had more direct abuse than I did.
“With me, there were some molestations, and it did come from several hands, so to speak, but with Corey, his was direct rape, whereas mine was not actual rape,” he said. “And his also occurred when he was 11. My son is 11 now, and I can’t even begin to fathom the idea of something like that happening to him.”
It can take years for such abuse to come to light, leaving victims silently suffering.
Disgraced star Bill Cosby has been allegedly drugging and assaulting and raping countless women since the 1960s, but the accusations against him didn’t surface for years.
http://nypost.com/2017/10/16/hollywoods-horror-stories-of-sex-predators-long-before-weinstein/
Posted by Frances Rice at 11:48 AM