Harvey Weinstein and the silence of the civil rights group 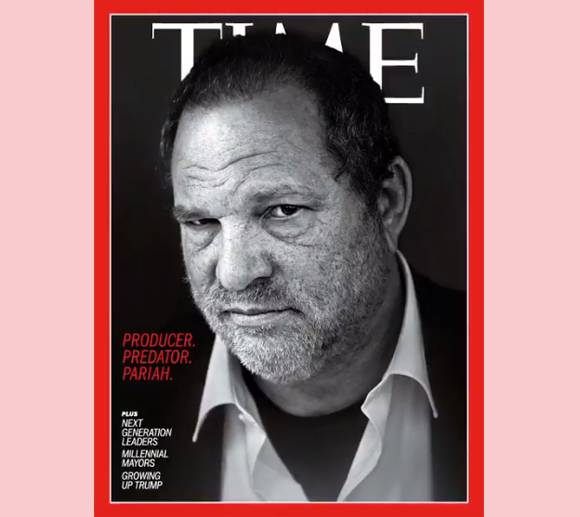 We have noted the reluctance of major Democrats to speak out against Harvey Weinstein, the serial sexual harasser and alleged rapist. As John wrote:
Hillary Clinton, whom Weinstein supported heavily, remained silent until Tuesday, October 10, when she claimed to be appalled by the revelations that have come out about Weinstein. About which, of course, she had no idea until now. Barack Obama maintained his silence even longer and, belatedly, the Obamas finally put out a typically self-righteous statement denouncing their former friend Weinstein. 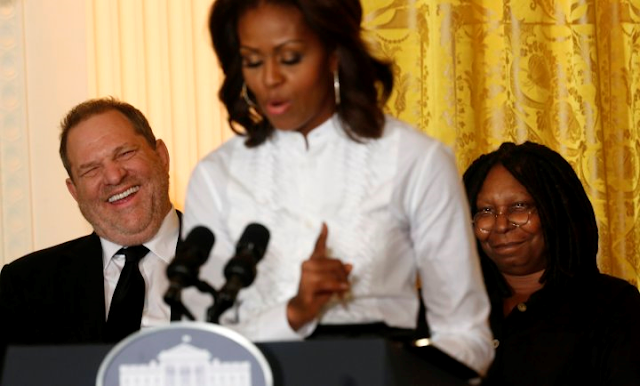 What about the nation’s leading “civil rights” groups — e.g., the Leadership Conference on Civil Rights, the National Women’s Law Center, and the Southern Poverty Law Center? Have they joined Mrs. Clinton and the Obamas in condemning, however belatedly, Weinstein’s longstanding and egregious denial of civil rights to the women of Hollywood?


Not as far as I’ve been able to discern (though I’d be happy to stand corrected).
While turning a blind eye to blatant and nauseating sex discrimination in the highest reaches of a major U.S. industry, these groups have vociferously denounced a number of President Trump’s nominees.
Examples include Amy Barrett (nominated to the Seventh Circuit Court of Appeals), Eric Dreiband (nominated to head the Civil Rights Division of the Justice Department), and Janet Dhillon and Daniel Gade (nominated to serve as EEOC commissioners).
It is normal for these groups to take a major interest in nominees to the positions in question. But it is irresponsible of them to make unfounded accusations against such nominees.
Consider the case of Eric Dreiband (full disclosure, a friend). Various “civil rights” groups, including those cited above, have attacked Eric for alleged opposition to women’s rights, in particular equal pay for women.
These claims are baseless. During his tenure as General Counsel of the EEOC (during the fiscal years ending 2003, 2004, and 2005), Eric personally hammered out settlements that resulted in large monetary awards for women. For example, EEOC v. Morgan Stanley produced a settlement of $54 million and significant injunctive relief for women. Other examples can be found here, here, here, and elsewhere in EEOC press releases.
In addition, cases Eric filed during his tenure resulted in large awards after he left the Commission. EEOC v. Sidley & Austin, for example, an age discrimination case against a major law firm, settled for $27.5 million. (Barack Obama’s former law firm helped mediate the case) EEOC statistics show that during Eric’s tenure the Commission brought more cases, including ones alleging violation of the Equal Pay Act, than is its historical norm — both before and since.
Under Eric, the EEOC also participated as amicus in support of women alleging sex discrimination, including cases before the Supreme Court (in these cases the Solicitor General filed the brief). Pennsylvania State Police v. Suders is an example.
Opposition to Eric’s nomination is based in part on positions he took on behalf of clients after he left the EEOC. (I addressed other criticisms of Eric in this post). Obviously, though, Eric’s work as the top civil rights lawyer for the EEOC is far more indicative of how he will act as the top civil rights lawyer at the Justice Department.
Eric does not, of course, embrace every legal position pushed by liberal civil rights groups. But he has demonstrated the willingness and ability to enforce aggressively the laws that protect women from unequal treatment, including sexual harassment.
It would be nice if the civil rights groups that hammer Eric and other well-qualified Trump nominees would denounce Harvey Weinstein for his systematic harassment of women.
http://www.powerlineblog.com/archives/2017/10/harvey-weinstein-and-the-silence-of-the-civil-rights-group.php
Posted by Frances Rice at 12:43 PM