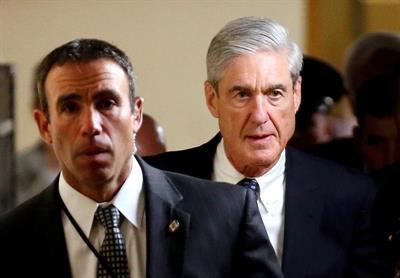 Washington D.C. lobbyist Tony Podesta, the brother of Clinton campaign chairman John Podesta, resigned from his firm Monday. The move comes after it was revealed last week Special Counsel Robert Mueller has been investigating him as part of the larger probe into the 2016 presidential election. His departure also comes on the same day former Trump campaign manager Paul Manafort surrendered to the FBI on 12-felony charges surrounding his personal business dealings. From POLITICO:


Podesta announced his decision during a firm-wide meeting Monday morning and is alerting clients of his impending departure.
Podesta is handing over full operational and financial control to longtime firm CEO Kimberley Fritts, according to multiple sources with knowledge of the meeting. Fritts and a senior group of the Podesta team will be launching a new firm in the next one or two days. Sources said the transition has been in the works for the past several months.
Podesta has close to ties to Manafort, which is where Mueller likely got his lead. From NBC News:
Tony Podesta and the Podesta Group are now the subjects of a federal investigation being led by Special Counsel Robert Mueller, three sources with knowledge of the matter told NBC News.
The probe of Podesta and his Democratic-leaning lobbying firm grew out of Mueller's inquiry into the finances of former Trump campaign chairman Paul Manafort, according to the sources. As special counsel, Mueller has been tasked with investigating possible collusion between the Trump campaign and Russia.
Manafort had organized a public relations campaign for a non-profit called the European Centre for a Modern Ukraine (ECMU). Podesta's company was one of many firms that worked on the campaign, which promoted Ukraine's image in the West.
The sources said the investigation into Podesta and his company began as more of a fact-finding mission about the ECMU and Manafort's role in the campaign, but has now morphed into a criminal inquiry into whether the firm violated the Foreign Agents Registration Act, known as FARA.
In the indictment unsealed this morning, Manafort has been charged with violating FARA after failing to register as a foreign agent. The same could be in the future for Podesta.