'Front Row Kids' and values have taken over our courts 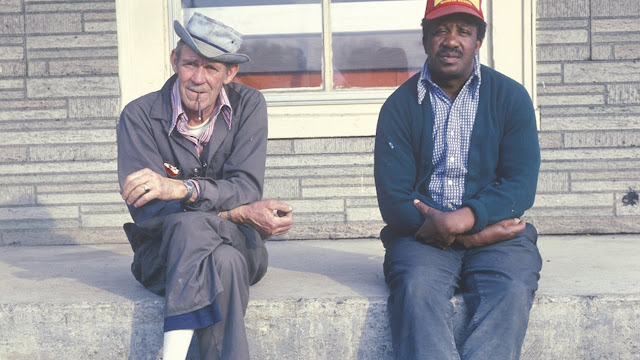 The problem is not just that Back Row America’s values won’t be considered — it’s that the Supreme Court may not even realize it’s ignoring them.


In the wake of the 2016 presidential election, we heard a lot about America’s division into two mutually hostile camps: A largely coastal, urban party run by educated elites, and a largely rural and suburban “Flyover Country” party composed of people who did not attend elite schools and who do not see themselves as dependent on those who do.
This divide is more fundamental than mere partisan identification, as there are Democrats and Republicans in both groups.
One of the best formulations of this division comes from photographer Chris Arnade, who has spent years documenting the lives of America’s forgotten classes.
In his characterization, America is split between the “Front Row Kids,” who did well in school, moved to managerial or financial or political jobs and see themselves as the natural rulers of their fellow citizens, and the “Back Row Kids,” who placed less emphasis on school and who resent the pretensions and bossiness of the Front Row Kids.
While teaching constitutional law after the election, it occurred to me that while the Back Row Kids can elect whomever they want as president, senators or representatives, there is one branch of the federal government (and all state governments) that is, more or less by its nature, limited to Front Row Kids: the judiciary.
Someone like Wisconsin Gov. Scott Walker can hold office without a college degree, but as a practical matter, the judiciary is limited to people who hold both undergraduate and graduate degrees.
Since law degrees became a required part of admission to the bar, the judicial branch has been the domain of people who are not merely highly educated, but educated in the particular way that law schools educate. They are, in short, Front Row Kids of the first order.


After realizing that, my march through the decisions of the Warren Court and its successors took on a different flavor.
Again and again, seen through the lens of this class divide, important decisions look like decisions on behalf of the Front Row Kids.
In the famous Goldberg v. Kelly case granting due-process hearings prior to the termination of welfare benefits, the Supreme Court looks to have been holding on behalf of poor and uneducated people.
Yet it turns out that the actual beneficiaries are the highly educated: Social workers and lawyers, who are paid out of welfare agency budgets. Likewise, the court’s treatment of everything from reproductive rights to legislative apportionment has reflected Front Row priorities.
Meanwhile, the Supreme Court, has become more and more elite. 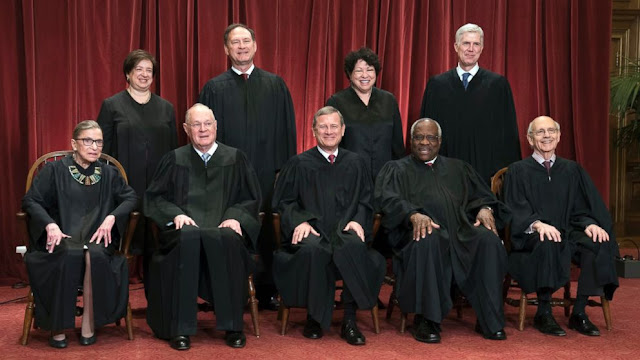 
Increasingly, judges aren’t just law school graduates, they’re graduates of the most elite law schools.
And that goes double for the Supreme Court, where everyone is a graduate of Harvard or Yale except for Ruth Bader Ginsburg, who got her degree from that scrappy Ivy League upstart, Columbia. As Dahlia Lithwick observed in 2014:
“The current justices are intellectually qualified in ways we have never seen. Compared with the political operators, philanderers and alcoholics of bygone eras, they are almost completely devoid of bad habits or scandalous secrets. This is, of course, not a bad thing in itself. But the court has become worryingly cloistered ... There is not a single justice “from the heartland,” as Clarence Thomas has complained. There are no war veterans (like John Paul Stevens), former Cabinet officials (like Robert Jackson), or capital defense attorneys. The Supreme Court that decided Brown v. Board of Education had five members who had served in elected office. The Roberts Court has none. What we have instead are nine perfect judicial thoroughbreds who have spent their entire adulthoods on the same lofty, narrow trajectory.”
Lithwick wrote this before the accession of Justice Neil Gorsuch to the court, but his background is the exception that proves the rule. Although some see him as bringing heartland values because he came to the court from Colorado, he is a graduate of Columbia, Harvard and Oxford.
Only in today’s Supreme Court, composed of “judicial thoroughbreds,” would his resume seem even a little bit populist.
There’s nothing wrong with thoroughbreds as such, and if the court decided only narrow technical issues of law none of this would matter.
But some of the most important social issues of the day come before the court, and given its members’ insularity, the problem is not just that Back Row America’s values won’t be considered — it’s that the court may not even realize it’s ignoring them. It’s worse still when you realize that, as Angelo Codevilla has noted, America’s ruling class is itself much narrower than it used to be:
“Today’s ruling class, from Boston to San Diego, was formed by an educational system that exposed them to the same ideas and gave them remarkably uniform guidance, as well as tastes and habits.
These amount to a social canon of judgments about good and evil, complete with secular sacred history, sins (against minorities and the environment) and saints. Using the right words and avoiding the wrong ones when referring to such matters — speaking the ‘in’ language — serves as a badge of identity."
To counteract this, we might want to bring a bit more diversity to the court. I’m not recommending that we eliminate the informal requirement that judges have law degrees (though non-lawyer judges were common in colonial times, and some countries still use them).
But maybe we should look outside the Ivy League and the federal appellate courts.
A Supreme Court justice who served on a state court — especially one who had to run for election — would probably have a much broader view of America than a thoroughbred who went from the Ivy League, to an appellate clerkship, to a fancy law firm.
Just a thought.
Glenn Harlan Reynolds, a University of Tennessee law professor and the author of The New School: How the Information Age Will Save American Education from Itself, is a member of USA TODAY's Board of Contributors. Follow him on Twitter: @instapundit.
https://www.usatoday.com/story/opinion/2017/10/23/front-row-kids-and-values-dominate-supreme-court-judiciary-glenn-reynolds-column/788630001/
Posted by Frances Rice at 11:41 AM