Kevin Spacey is another ‘everyone knew’ — who else does Hollywood know about? 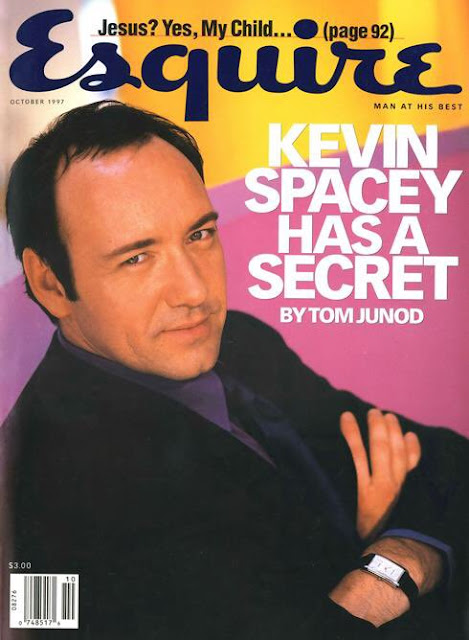 The hypocrites of Hollywood speak out about Weinstein
Will people now believe Corey Feldman about Hollywood abusers?
Don't buy Hollywood men's crocodile tears for Weinstein victims
No one knew about Harvey Weinstein? Give me a break
Why does Hollywood keep defending Roman Polanski?


As with Harvey Weinstein, it seems plenty in Hollywood knew all about Kevin Spacey.
And even though they kept their mouths shut — ensuring nothing but more entitlement, more boldness, and likely more victims — some of those speaking up are oddly self-righteous.
“We all knew about u,” Rosie O’Donnell tweeted Monday morning. “I hope more men come forward.”
As far back as 2005, Seth MacFarlane — who made a knowing joke about Weinstein’s predation while announcing Best Supporting Actress Oscar nominees in 2013 — inserted a joke speculating about Spacey’s now-alleged pedophilia in his animated hit series “Family Guy.”
MacFarlane had Stewie, the baby of the family, run through a public space shouting, “Help! I’ve escaped from Kevin Spacey’s basement! Help me!”
Unlike Weinstein, who’s been destroyed by multitudes, Spacey’s been taken down by just one. Shortly after Anthony Rapp accused Spacey of coming on to him when he was 14, the elder actor attempted to spin the narrative on Twitter.
“This story has encouraged me to address other things about my life,” Spacey writes. How lovely that the trauma endured by a child barely into his teens, one that remains ever-present to the now-46-year-old Rapp, has been such a positive in Spacey’s life. Now, Spacey writes, he has the courage to admit the other worst-kept industry secret about himself: He’s gay.
“I want to deal with this honestly and openly,” he writes, “and that starts with examining my own behavior.”
Some media outlets initially bought Spacey’s cynical spin — a dangerous one that conflates gay men with pedophilia. But public outrage online quickly changed those stories from feel-good liberal moment — a 58-year-old actor comes out — to damning indictment.
Still, the fact remains: Just as Hollywood knew all along that Weinstein was a sexual predator, it seems many also knew about Spacey.
Whom else does the industry know about and protect? It’s hard to recall a time when the cultural landscape has shifted so dramatically. More than ever, the general public is inclined to believe self-reporting victims. More than ever, we are inclined to demand that the accused speak, that guilt be met with real consequence.
The next tipping point is one Hollywood may not see coming: Public disgust with those in power who know and do nothing, who knew and still deny knowing. Just ask Matt Damon and George Clooney, who spent all last week denying they knew about Harvey Weinstein (except when they did), only for the public to call out their blatant hypocrisy and reject their new movie “Suburbicon,” which flatlined at the box office. By week’s end, both actors pulled out of their scheduled public appearances. Wonder why.
The old ways no longer work. The entertainment media, as a single organism, should refuse publicist demands to keep questions about these scandals off the table. And those who know should speak up now, before it’s too late.


http://nypost.com/2017/10/30/kevin-spacey-is-another-everyone-knew-who-else-does-hollywood-know-about/
_________________________
RELATED STORY
See the related article that exposes how the REAL “white supremacists” are in Hollywood that is run by liberal progressives. See the LA Times article: “Hollywood's man problem may be a matter of simple math” that reveals how “Hollywood is a big boys’ club — a big, white boys’ club.”
http://www.latimes.com/business/hollywood/la-fi-ct-hollywood-gender-imbalance-20171030-story.html
Posted by Frances Rice at 11:16 AM