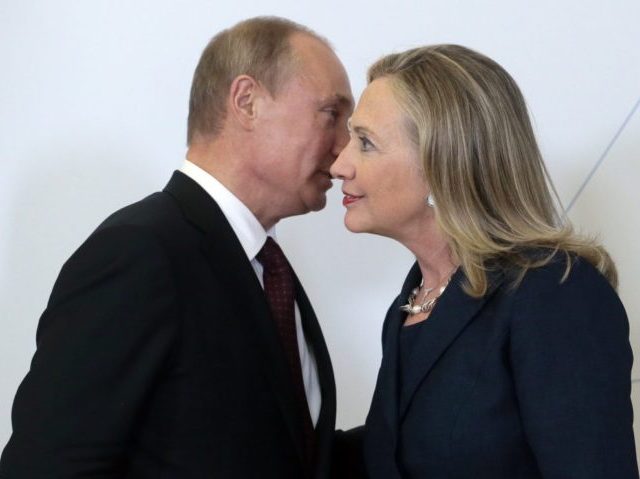 
By Michael Graham
Hey, mainstream media! We finally found it — a real Russia scandal involving the 2016 election. With actual evidence of criminal wrongdoing and everything! So come on, New York Times, CNN and MSNBC, let’s ...
Hey, where’d everybody go?
For months I’ve been doing TV hits as the token conservative and getting grilled over “Russiagate.” Did Donald Trump and the Russians collude to steal the election from Hillary Clinton?
Well, the wait is over. The Hill and Circa media have broken a story the FBI spent years investigating — and actually sent someone to jail over — involving bribery, blackmail and corruption by Russians who wanted to buy up a big chunk of the world’s uranium, located here in North America.
We’ve known for a while that then-Secretary of State Hillary Clinton both approved the deal and her family foundation received millions of dollars from Russians backing the deal. That’s one reason the nickname “Crooked Hillary” stuck.
What we didn’t know until now is that “the FBI had evidence as early as 2009 that Russian operatives used bribes, kickbacks and other dirty tactics to expand Moscow’s atomic energy footprint in the U.S.,” according to Fox News.
Not only did Hillary’s State Department approve Russia’s purchase of Uranium One — handing 20 percent of the U.S. uranium supply over to allies of Vladimir Putin — but the Obama FBI and Department of Justice let it happen unchallenged. All while the Clinton Foundation collected millions in “donations” from these Russians, and Bill Clinton was paid $500,000 by a Russian investment bank to give a speech in Moscow.
Then there’s the story of the Donald Trump dossier.
You may have heard about a dossier of Donald Trump dirt gathered from Russian sources by a former British intelligence agent. The content is extremely inappropriate for a family newspaper (yes, even in my column — so you know it’s bad) and almost nothing in it has ever been verified.
That dossier was ordered by an opposition research outfit called Fusion GPS, which got its money from various opponents of Donald Trump. What does that have to do with Russia? From The Wall Street Journal:
“Fusion by its own admission has worked in the past on a lobby campaign for a Russian company with ties to the Kremlin. Investigators want to know if ... foreign actors had anything to do with the commissioning or production of the Steele dossier.”
Good question, particularly since it appears this now-debunked dossier was used as evidence by the FBI to get the wiretaps on the Trump campaign that started this entire mess in the first place. In other words, it’s possible that the entire #RussiaGate story started with “evidence” planted by the Russians themselves.
Now that’s a scandal! It’s just not the one the media or Democrats wanted. So the media mostly shrug as Russia-friendly Fusion GPS ignores congressional subpoenas. Even the FBI’s shocking decision to refuse to cooperate is largely ignored by the media.
Why would the FBI try to shut down this probe? It could be related to the fact that the Obama Justice Department had actually considered putting the British spook on the taxpayers’ dime to continue his work digging up dirt on The Donald. Apparently someone remembered at the last minute that America is not, in fact, a banana republic and we don’t sic government agents on our political enemies.
Do we?
If the media really cared about Russia’s role in the 2016 election, they would be all over this story. It has everything they need: Paper trail, facts, actual criminal behavior. All the “collusion” story has is politics and partisan speculation.
Care to guess which one will be leading the evening news?
Michael Graham is a regular contributor to the Boston Herald. Follow him on Twitter @IAMMGraham.
http://www.bostonherald.com/opinion/op_ed/2017/10/graham_hillary_implicated_in_russia_probe?utm_source=facebook&utm_medium=socialflow 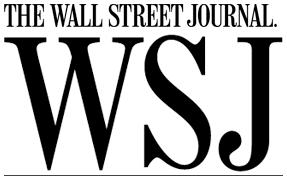 The Fusion Collusion
Democrats are trying to protect the firm’s secrets—so the GOP should keep digging.


By Kimberley A. Strassel
Washington is obsessed with the word “collusion” but has little understanding of its true meaning. The confusion might explain why D.C. has missed the big story of collusion between Fusion GPS and the Democratic Party.
To read the headlines, a poor, beleaguered opposition-research firm was humiliated and constitutionally abused this week by partisan Republicans on the House Intelligence Committee. Fusion’s lawyers sent a 17-page letter to the committee’s chairman, Rep. Devin Nunes, accusing him of misdeeds, declaring his subpoenas invalid, and invoking a supposed First Amendment right to silence. Yet the firm’s founders, the story went, were hauled in nonetheless and forced to plead the Fifth. “No American should experience the indignity that occurred today,” Fusion’s lawyer, Joshua Levy, declared.
Fusion is known as a ruthless firm that excels in smear jobs, but few have noticed the operation it’s conducting against the lawmakers investigating it. The false accusations against Mr. Nunes—that he’s acting unethically and extralegally, that he’s sabotaging the Russia probe—are classic.
This is a firm that in 2012 was paid to dig through the divorce records of a Mitt Romney donor. It’s a firm that human-rights activist Thor Halvorssen testified was hired to spread malicious rumors about him. It’s a firm that financier Bill Browder testified worked to delegitimize his efforts to get justice for Sergei Magnitsky, a lawyer beaten to death in a Russian prison.
It’s the firm behind the infamous “dossier” accusing Donald Trump of not just unbecoming behavior but also colluding with Russia. Republicans are investigating whether the Fusion dossier was influenced by Russians, and whether American law enforcement relied on that disinformation for its own probe.
But Fusion’s secret weapon in its latest operation is the Democratic Party, whose most powerful members have made protecting Fusion’s secrets their highest priority. Senate Democrats invoked a parliamentary maneuver in July to block temporarily Mr. Browder’s public testimony. Rep. Adam Schiff, the Democratic ranking member on the Intelligence Committee, has been engineering flaps to undercut and obstruct Mr. Nunes’s investigation. Democrats on the House Ethics Committee have deep-sixed what was meant to be a brief inquiry to clear Mr. Nunes so as to keep him sidelined.
Then there is the intel committee’s meeting this week. Despite the spin, forcing Fusion to appear was Republicans’ only recourse after months of stonewalling. Fusion’s letter ludicrously claimed that Mr. Nunes’s subpoenas were invalid, which essentially forced the committee to show otherwise. It was a question of authority.
Florida Rep. Tom Rooney put the Fusion attendees through a series of questions not out of spite but to clarify finally just what topics the firm is refusing to talk about. The Fifth Amendment doesn’t provide protection against answering all questions. It only protects against providing self-incriminating evidence. It is therefore revealing that Fusion took the Fifth on every topic—from its relationship with British spook Christopher Steele, to the history of its work, to its role in the dossier.
The untold story is the Democrats’ unprecedented behavior. Mr. Rooney had barely started when committee staffers for Mr. Schiff interrupted, accused him of badgering witnesses, and suggested he was acting unethically. Jaws dropped. Staff do not interrupt congressmen. They do not accuse them of misbehavior. And they certainly do not act as defense attorneys for witnesses. No Democratic lawmakers had bothered to come to the hearing to police this circus, and Mr. Rooney told me that he “won’t be doing any more interviews without a member from the minority present.”
Private-sector lawyers also tend not to accuse congressmen of unethical behavior, as Mr. Levy did in his letter to Mr. Nunes. But Fusion’s legal eagle must feel safe. He’s former general counsel to the Senate’s minority leader, Chuck Schumer. He has also, I’m told by people familiar with the committee’s activities, more than once possessed information that he would have had no earthly means of knowing, since it was secret committee business. Consider that: Democratic members of Congress or their staff providing sensitive details of an investigation to a company to which the committee has given subpoenas.
The Washington narrative is focused on special counsel Robert Mueller’s probe. But the ferocious pushback and unseemly tactics from Democrats suggest they are growing worried. Maybe the real story is that Democrats worked with an opposition-research firm that has some alarming ties to Russia and potentially facilitated a disinformation campaign during a presidential election.
The media has its own conflict of interest, since it would prefer nobody find out about its years of, ahem, colluding with Fusion. Don’t expect any investigative reporting. But also don’t believe the stories about GOP harassment. The ferocity of the Fusion-Democrat campaign is proof Republicans are looking in the right place.
https://www.wsj.com/articles/the-fusion-collusion-1508455434
________________________


The Comey conundrum
By Scott Johnson


Former FBI Director James Comey knows how to play the G-Man as a straight arrow on television, but he’s a cynical Washington operator in real life. His orchestration of the appointment of his friend Robert Mueller as special counsel to take down President Trump in the fictitious Russia collusion scandal (and all its penumbras and radiations) represents a striking case in point. Comey’s hand in it should discredit the Mueller operation all by itself.
Comey is a sort of Rosetta stone to the Russia investigation. Interpreting him and his works might allow one to decipher the hieroglyphics. I’m not saying I’ve done it or that I can do it. Comey is way over my head, but I’m not alone. Few have the requisite background, knowledge, expertise and motivation to do it. Yet it needs to be done.
It is reported, for example, that Comey insisted on inserting the infamous GPS Fusion Trump Dossier in January’s final intelligence community report on Russian meddling in the election. Its inclusion lent it a credibility that it appears not to deserve, to put it mildly.
As we all know by now, there is something funny about that Trump Dossier. Two knowledgeable witnesses from the company responsible for it (GPS Fusion) asserted their right agains self-incrimination before the House Intelligence Committee yesterday.
This week Comey emerged as a principal in the ed as a key player in the bombshell story of the Russian bribery plot behind the sale of Uranium One to the friends of Vladimir Putin. The plot was uncovered by the FBI under Comey’s directorship. yet the FBI’s informant in the case was barred by Obama’s Department of Justice from testifying to Congress about it.
John Solomon and Allison report today in the Hill: “The information the [FBI informant] possesses includes specific allegations that Russian executives made to him about how they facilitated the Obama administration’s 2010 approval of the Uranium One deal and sent millions of dollars in Russian nuclear funds to the U.S. to an entity assisting Bill Clinton’s foundation. At the time, Hillary Clinton was serving as secretary of State on the government panel that approved the deal, the [informant’s] lawyer [Victoria Toensing] said.” When do we get to hear from James Comey on this story?
This week we learned that an early draft of Comey’s absolution of Hillary Clinton for violating the Espionage Act is dated May 2, 2016. The draft is entirely redacted; the date appears in a related email.
Comey testified to Congress that it was then Attorney General Loretta Lynch tarmac meeting with Bill Clinton that compelled him to seize control of the prosecutorial decision from the Department of Justice. That meeting took place in Phoenix on June 27, 2016. The timeline undermines Comey’s testimony. It’s almost enough to make you think we’re dealing with a character whose shadiness rivals the Clintons’ own.
NOTE: I had completely forgotten the video of Comey that I clipped for “Comey: ‘I am not a weasel” (below). Ed Driscoll reminded me of it here. As for Comey, the gentleman doth protest too much, methinks.


http://www.powerlineblog.com/archives/2017/10/the-comey-conundrum.php
Posted by Frances Rice at 10:06 AM