Newt Gingrich blasts the 'arrogance' of Democrats on Russia 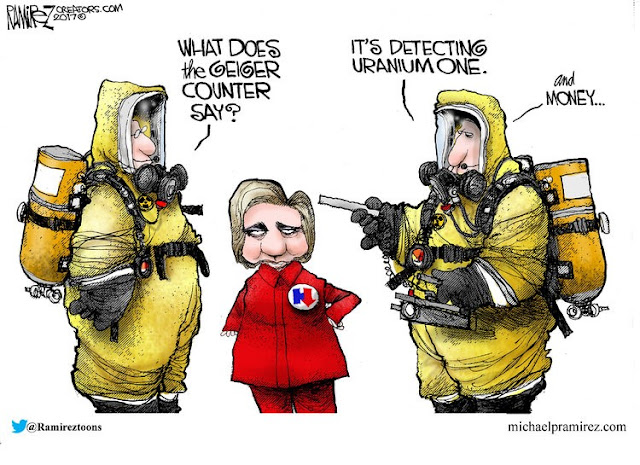 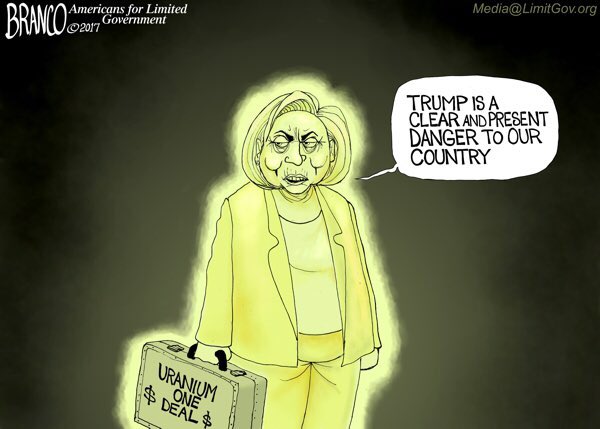 The Left has been desperately working for months to find any shred of evidence that Donald Trump had even the slightest connection to Russia during the presidential campaign. Despite having the full support of their friends in the media, they have consistently failed to find anything substantive.
At first, I assumed the liberal elites were simply driven by their inability to accept that the American people elected Donald Trump as their 45th president. Now, I have another theory: The Trump-Russia story is meant to serve as a pure distraction aimed at masking real corruption by the Clinton political machine.
As The Hill reported on Sunday, while Hillary Clinton was Secretary of State, a Kremlin-linked bank paid her husband, former President Bill Clinton, hundreds of thousands of dollars. Also during her tenure as top diplomat, earlier reports indicate Canadian and Russian business executives directed many millions more to the Clinton Foundation. In fact, citing recently unsealed Federal Bureau of Investigation reports, The Hill described a thorough Russian campaign aimed at gaining access to the Clintons and capitalizing on their influence, while also spying on them to advance a pro-Russia agenda. In 2010, the FBI arrested 10 so-called “sleeper cell” Russian spies who had reportedly become too close to Hillary Clinton.
Meanwhile, while serving as Secretary of State, Hillary Clinton was also overseeing a laundry list of U.S.-Russian initiatives and dealings.
Among other things, she served on the Committee on Foreign Investment, where she voted in favor of President Obama’s approval of the sale of Uranium One, a Canadian business, to a state-owned Russian nuclear energy outfit. At the time, the Canadian company controlled 20 percent of the U.S. uranium reserves.
Before the sale was approved, a Kremlin-linked bank that supported the deal paid Bill Clinton $500,000 for a 90-minute speech in Moscow to promote the Uranium One’s stock. Bill then met personally with Vladimir Putin. All the while, people linked with Uranium One – and its previous incarnation UrAsia – reportedly paid the Clinton Foundation $145 million in donations.
You can’t make this stuff up, and while the news media continues to acknowledge the facts, they still claim there is no foul play on behalf of the Clintons in terms of the uranium deal. The Media Research Center found that the ABC, NBC, and CBS evening shows have “spent only 3 minutes and 1 second on the Clinton Foundation scandal in more than two years.”
In comparison, another Media Research Center report found that since Inauguration Day evening shows on these three networks have aired “1,000 minutes of coverage discussing Russia’s attempt to boost Trump in 2016, and speculation that Trump’s campaign may have colluded with the Russians in this project.”
And remember: The so-called collusion story came out of supposed opposition research we now know was funded by Clinton and her Democrat allies.
Thankfully, House and Senate Republicans have now launched new investigations into the Clintons’ ties to Russia – as well as Hillary’s illegal use of a private email server as Secretary of State. The email scandal is now even more significant given that we know that she continued to use a private, insecure email server despite the FBI arresting a ring of Russian agents who were specifically targeting her.
As I told Sean Hannity on Monday, I think we are on the edge of the greatest corruption scandal in American history.
The first thing Congress should do is demand that every single dollar donated to the Clinton Foundation and its charity initiatives be made public to show exactly where the Clintons derived their money. I suspect there are millions of foreign dollars hidden away in foreign subsidiaries that were never reported in financial disclosures.
The truth about the level of foreign donation, influence peddling, and outright corruption involved in the Clinton world could change American politics forever.
The great irony of all this though, is that the Clintons started the so-called Russian collusion scandal, and in the end, they may be the ones destroyed by it.
Newt Gingrich is a Fox News contributor. A Republican, he was speaker of the United States House of Representatives from 1995 to 1999. Follow him on Twitter @NewtGingrich. His latest book is "Understanding Trump."
http://www.foxnews.com/opinion/2017/10/27/newt-gingrich-clintons-started-so-called-russian-collusion-scandal-and-may-be-destroyed-by-it.html
Posted by Frances Rice at 2:05 PM