How the Clintons Got Rich Selling Influence While Decrying Greed 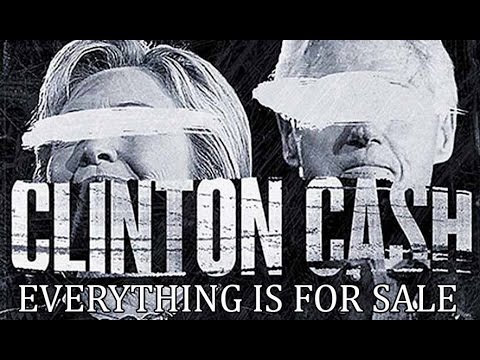 Peddling access and elite status, the Clintons have turned progressivism into a lucrative global venture.


By Victor Davis Hanson
Most presidents, before and after holding office, are offered multifarious opportunities to get rich, most of them unimaginable to Americans without access to influential and wealthy concerns. But none have so flagrantly circumvented laws and ethical norms as have Bill and Hillary Clinton, a tandem who in little more than a decade went from self-described financial want to a net worth likely over $100 million, or even $150 million.


The media had been critical of former president Jerry Ford’s schmoozing with Southern California elites, with Ronald Reagan’s brief but lucrative post-presidential speaking, and with George W. Bush’s youthful and pre-presidential windfall profits from his association with the Texas Rangers. And all presidents emeriti glad-hand and lobby the rich to donate to their presidential libraries, but with important distinctions.
One can argue that Jimmy Carter sought donations to his nonprofit Carter Library and Center out of either ego or a sincere belief in doing good works. The same holds true of the libraries of the Bushes and Reagan. No president, however, sought to create a surrogate nonprofit organization to provide free private-jet travel for the former first family while offering sinecures to veteran operatives between campaigns. The worth of both the Clinton family and the Clinton Foundation (augmented by a recent ten-month drive to raise $250 million for the foundation’s endowment) is truly staggering, and to a great extent accrued from non-transparent pay-for-play aggrandizement.


What, then, makes the Clintons in general, and Hillary in particular, so avaricious, given that as lifelong public officials with generous pensions and paid expenses they nevertheless labored so hard to accumulate millions in ways that sometimes bothered even friends and supporters? Wall Street profiteering aside, why, while decrying soaring tuition and student indebtedness, would Hillary Clinton charge the underfunded University of California, Los Angeles, a reported $300,000 — rather than, say, $50,000 — for a 30-minute chat?


Some have suggested that Bill Clinton’s impoverished upbringing accounts for his near-feral ambition to get rich. But he also seized a unique moment in which to do so. Globalization of the early 21st century and a rather new phenomenon of progressive Silicon Valley and Wall Street families’ having fabulous fortunes certainly made the idea of being a multimillionaire many times over hardly embarrassing in the fashion of the old caricatures of the robber barons in the days of J. P. Morgan and John D. Rockefeller. Banking, investment, and high technology seemed a less grubby route to elite financial status than did the old pathways of oil, minerals, agriculture, railroads, steel, and construction.
The Clintons discovered that one could become very rich from a host of sources and still be considered quite progressive; indeed, liberal pieties both assuaged any guilt about one’s privilege and in a more public manner provided exemption from the logical ramifications of one’s own redistributionist rhetoric.


After a decade of loud liberal pronouncements, a Warren Buffett, Bill Gates, George Soros, Mark Zuckerberg, or Steyer brother is likely to be seen as coolly progressive rather than inordinately wealthy and exploitative. So the Clintons had unprecedented opportunities to shoulder-rub with liberal financial titans without suffering the class invective reserved for the Koch brothers or Sheldon Adelson.


Former vice president Al Gore is emblematic of the progressive contradictions in leveraging politics to get rich. After winning the popular vote in 2000 and losing the presidency, he discovered that the road to multimillionaire status was to mouth green and progressive pieties while monetizing his political contacts and celebrity among new networks of the global liberal rich. Fearing that new capital-gains taxes of the sort he supported would kick in, Gore then rushed to sell a failed cable station to the often anti-Semitic Al Jazeera, a Middle East media conglomerate funded from the carbon-exporting wealth of the right-wing royal autocracy in Qatar.


But Clinton greed was empowered not just by the unique opportunity of being both a former president and a liberal operator in the age of progressive billionaires who sought access and influence. More important, unlike other presidents, Bill Clinton never quite entered emeritus status. Hillary Clinton was no Betty Ford, Nancy Reagan, or Barbara or Laura Bush but, while her husband was still in office, sought a U.S. Senate seat from New York in an undisguised trajectory designed for the 2008 presidential campaign and predicated on the idea that a mature Bill would de facto be back in the Oval Office as well.
Indeed, well before Hillary Clinton’s failure in the Democratic primaries in 2008 and her subsequent appointment as secretary of state, the Clintons had found a way to exploit the idea that both of them would return to the White House.
That reality gave them access to quid pro quo opportunities, often funneled through a philanthropic foundation, of a sort unknown to any past American president. Most important, the Clintons had long since discovered that public outrage at their impropriety could be dismissed as the empty and vindictive charges of a “vast right-wing conspiracy,” be they allegations of sexual assault or criticisms of Bill’s becoming the highest-paid “chancellor” in the history of higher education, hired by private for-profit Laureate University at some $4 million a year.


But if the Clintons’ opportunities for lucre were unique — in both what the couple had to sell and the huge resources of those who wished to buy — and if they could peddle myths that they were perennial victims of right-wing witch hunts, still, what accounts for their inordinate greed?
Why not settle for a fortune of $50 million — in Obama’s formulation that “at some point you’ve made enough money” — rather than risk the public opprobrium of Bill’s globetrotting shakedowns or Hillary’s efforts to hide personal e-mails that were tangential to her job as secretary of state?
Their previous embarrassments, from the mundane to the existential (Whitewater, the Clinton Foundation troubles, writing used underwear off as IRS deductions, the all-but-impossible odds of making a $100,000 profit in cattle futures from a $1,000 initial investment, etc.), all reflect a nonstop drive for lucre.


The answer is likely that the Clintons thought of themselves as elites: educated, affluent, worthy of exalted social and cultural status, pillars of Eastern Corridor good taste, and recipients of media adulation.
In other words, they sensed that they were entitled to a good life rare for politicians who entered public service without family wealth or prosperous investments and businesses.
The Clintons’ quest for riches was probably reinforced by their belief that they deserved some recompense for all their hard work for progressive causes, especially when they realized that thousands in their newfound social circles had access to multiple homes, private-jet travel, and expensive socializing but were no more gifted than they and had hardly sacrificed commensurately for the public good.


The Clinton litany of whiny victimization and excuse-making reflects that sense of entitlement — one not uncommon among academics, journalists, and politicians who believe that those in the business world hardly deserve to enjoy more opulence than do those who are more refined and cultured. In sum, the Clintons left the presidency at a historic moment of globalized wealth creation, especially in fields considered progressive and green.
They were unique in that, unlike other retiring first families, who could offer wealthy profiteers little more than nostalgic signed group portraits, they could provide an avenue to the buying of influence in a second Clinton presidency.
They felt no shame about their drive for riches, not just because they were liberals who sacrificed for the underprivileged and therefore deserved their belated rewards, but also because they were convinced that, as correct-thinking elites, they needed a vast fortune commensurate with their sense of self-worth.


There was a final component to the Clinton fortune: Both were shameless. If it was a choice of earning opprobrium for raking in $300,000 from a cash-strapped university for a 30-minute chat or, a few months after stepping down as secretary of state, earning $225,000 from Goldman Sachs, Hillary Clinton always chose the money over the chance to skirt embarrassment.


For now, the Clintons again have avoided the final wages of the classical sequence of overweening greed (koros) leading to arrogance and disdain (hubris) descending into a sort of recklessness (ate) and ultimately earning divine retribution (nemesis). But the tragedian Sophocles reminds us that for such people there is never self-reflection or enough money — and thus nemesis is still on the Clinton horizon.


– Victor Davis Hanson is a classicist and historian at the Hoover Institution, Stanford University, and the author, most recently, of The Savior Generals. This piece originally appeared in the August 1, 2016, issue of National Review.
http://www.nationalreview.com/article/438366/clintons-got-rich-selling-influence-while-decrying-greed