Hillary Called Benghazi Mom a Liar, But Media Freak Out over Trump on Muslim Parents


For an example of the disgraceful attack on Patricia Smith, see the article: “A tale of two grieving parents” by Steve Benen posted on the MSNBC website.
Even more egregious, Hillary Clinton called Smith a liar during a Democratic Party debate on March 9, 2016, then double down on that disgusting attack during an interview on July 31, 2016 on FOX News.


Articles about the attacks on Smith by the liberal media and Clinton are shown below.
Further below is an article by Allen West which demonstrates that Khizr Khan’s speech during the Democratic Party Convention assailing Donald Trump was unfair and unjustified, since Trump had nothing to do with the death of  Khan's son in Iraq and had never said one word about Khan's son prior to the Democratic Party's Convention.
_______________


Hillary Called Benghazi Mom a Liar, But Media Freak Out over Trump on Muslim Parents
By Joel B. Pollak 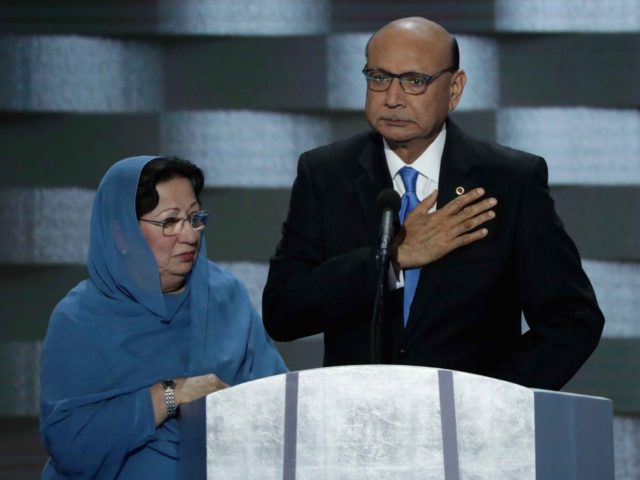 Donald Trump is embroiled in another media controversy, this time over his reaction when asked about the emotional speech at the Democratic National Convention by the bereaved parents of Capt. Humayun Khan, an immigrant soldier who died in Iraq in 2004.
As noted on Breitbart News, Kahn’s speech was a powerful rebuke, though factually incorrect: the Constitution does not bar religious tests for immigrants, for example.
Now the media has dutifully weaponized the speech to attack Trump. 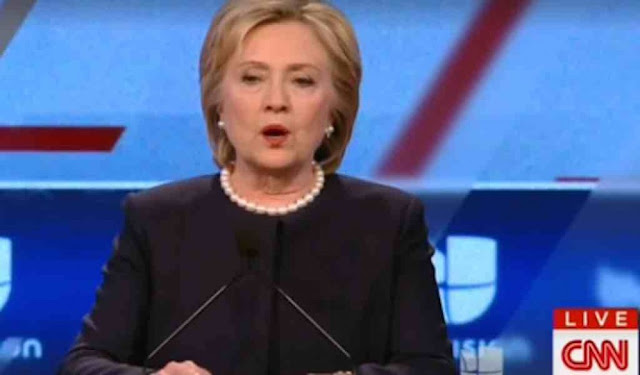 'I can't imagine the grief she has about losing her son. But she's wrong. She's absolutely wrong.'
During Wednesday night’s democratic debate, Hillary Clinton said the mother of a Benghazi victim lied.


Patricia Smith, the mother of Sean Smith, one of the four Americans who were killed by terrorists in an attack on the U.S. consulate in Benghazi during Clinton’s tenure, said in a CNN interview last October that Clinton lied to her about the circumstances surrounding her son’s death.
Instead of stating that her son’s death had been caused by an act of terrorism, Clinton blamed an inflammatory video that had been circulating online in the weeks leading up to the attack — a narrative she knew at the time to be false.
When asked about this on Wednesday, Clinton pushed back at Smith’s claim, saying the mother of the Benghazi victim was “absolutely wrong.”
“I can’t imagine the grief she has about losing her son,” Clinton said. “But she’s wrong. She’s absolutely wrong!”
“I and everybody in the [Obama] administration, all the people she named — the president, the vice president, Susan Rice — we were scrambling to get information that was changing literally by the hour,” she said. “When we had information, we made it public, but then sometimes we had to go back and say we had new information that contradicts it.”
During Clinton’s tenure as secretary of State, a U.S. consulate in Benghazi was attacked on Sept. 11, 2012. In the aftermath of the attack, Clinton and other members of the Obama administration blamed the attack on an inflammatory video that had been circulating at the time.
At the casket ceremony for the Benghazi victims, Clinton repeated this line of rhetoric, saying:
“This has been a difficult week for the State Department and for our country. We’ve seen the heavy assault on our post in Benghazi that took the lives of those brave men. We’ve seen rage and violence directed at American embassies over an awful internet video that we had nothing to do with. It is hard for the American people to make sense of that because it is senseless, and it is totally unacceptable.”
But in an email she sent to her daughter Chelsea just hours after the attack, Hillary Clinton said the terrorist attack had been carried out by an “Al Queda-like group,” implying she knew it had been premeditated terrorism.
As The Federalist reported in October, Hillary’s own e-mail correspondence shows that from day one Clinton had two different stories surrounding the cause of the Benghazi attack. Under her leadership, the State Department pushed out a false, and politically advantageous, narrative to the American people blaming an Internet video, while privately acknowledging that the events in Benghazi were purely motivated by organized Islamic terrorism.
http://thefederalist.com/2016/03/10/watch-hillary-clinton-call-the-mother-of-a-benghazi-victim-a-liar/
___________________ 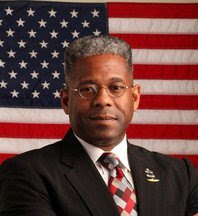 "Mr. Khan, I grieve for the loss of your son. However, I grieve even more that you used his sacrifice and loss as nothing more than a politicized stunt. May God forgive you for it."


Everyone’s talking about the speech delivered by Mr. Khizr Khan, accompanied by his wife Ghazala at the DNC that focused on the loss of his son, U.S. Army Captain Humayan Khan.
It appears things have devolved into such a level of immaturity relating to the speech that I believe there’s a need for a clear analysis of Mr. Khan’s address, and what he should have presented.
First, let me offer my condolences to the Khan family for their sacrifice, as they are now an American Gold Star Family. Their son and I share an unbreakable bond. We both served our nation and, along with three other generations in my family, took the oath to support and defend our Constitution and served in combat zones.
Yes sir, Mr. Khan, I’ve read our Constitution and firmly recognize the preeminent responsibility of our federal government is to “provide for the common defense.” I also comprehend the relationship between the three branches of government…you know separation of powers, checks and balances, coequal branches of government.
I would offer a simple recommendation to Mr. Khan. Perhaps you should have asked President Barack Obama if he had read the Constitution — undoubtedly you would agree we have witnessed a few unconstitutional actions from him.
And while you were at it, Mr. Khan, perhaps you could have asked Hillary Clinton about handling classified information — since I’m quite sure your son, Captain Khan, had at a minimum a secret clearance.
I don’t think your son would have been able to, well, have his “careless” mishandling of classified materials and information simply excused. Perhaps Mr. Khan, you could have addressed the necessity for high standards of honor, integrity, and character in a commander in chief.
Also, I found it interesting Mr. Khan, that you and your wife, an American Gold Star family, would take the stage to support a sitting president and one desiring to be president, who had abandoned Americans in a combat zone and lied about it.
I tend to believe that if alive, your son would consider that type of behavior abhorrent and deplorable. Or perhaps, as it seems, your speech was politically driven, and not based on principle? After all, you did take the stage before a crowd that disrespected a Medal of Honor recipient…is that cool with you?
You see, I understand, Mr. Khan, that your son and your family are Muslim and Muslims do indeed serve in our armed forces. But in the military I know, we do not celebrate that which divides, but rather that which unites. And what is it that unites us as Soldiers, Sailors, Airmen, and Marines? It is service above self, commitment to something greater than the individual, and sacrifice for our country and comrades in arms.
Now, let’s be honest Mr. Khan, those of us with knowledge could just as easily bring attention to SGT Hasan Karim Akbar and Major Nidal Hasan, both Muslims serving in the U.S. Army. Just as you celebrated your Muslim son’s sacrifice, there are others who could give testimony to their loss due to those Muslim soldiers — and I use lower case reference to them (soldiers) because they dishonored the oath and were traitors to our Code of Honor. Your son was not, but that had nothing to do with him being a Muslim: he was an American Soldier.
Posted by Frances Rice at 11:00 PM