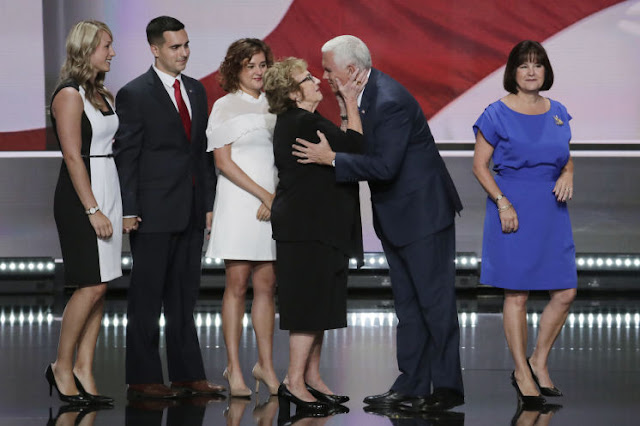 Vice Presidential nominee Mike Pence made waves with a rousing primetime acceptance speech which also highlighted the success he brought to his state through strong, conservative leadership.
NBC News reports: Indiana Gov. Mike Pence introduced himself and offered the first taste of the pitch he'll make with Donald Trump in a broad convention speech that hit all the necessary marks.
"On issue by issue — he and I will take our case to the voters, pointing out the failures of the Obama-Clinton agenda and showing a better way. We will win the hearts and minds of the American people with an agenda for a stronger and more prosperous America," Pence said after accepting the party's vice presidential nomination.
Pence also sought to reframe some of Trump's most controversial qualities as assets for the Republican party, offering a favorable contrast to Hillary Clinton, who he dubbed the "secretary of the status quo."
"At the very moment when America is crying out for something new and different, the other party has answered with a stale agenda and the most predictable of names," he said, adding the Democratic Party had nominated "someone who represents everything this country is tired of."
Governor Pence’s successful record in Indiana applying pro-growth conservative principles shows what a “smart decision” Donald Trump made picking him to be his running mate.


The Wall Street Journal editorializes: [T]he Daniels-Pence agenda turned around a state that was struggling and has made it a fiscal and pro-growth model. The reforms focused on raising incomes by making the state more hospitable to capital investment and trying to improve the education and skills of all Hoosiers. In choosing Mr. Pence as his running mate, Mr. Trump made the smart decision to associate himself with that record. The Indiana policies and performance that Mr. Pence touted Wednesday night are ones the rest of the country could emulate—starting with Washington, D.C.
The Indianapolis Star reports: Democrats have answered Americans' call for something new with a stale agenda and the most predictable of names, Republican vice presidential nominee Mike Pence told an enthusiastic Republican National Convention hall Wednesday. "Hillary Clinton wants a better title and I would too if I was already America's Secretary of the Status Quo," Pence said. "It’s change versus the status quo." 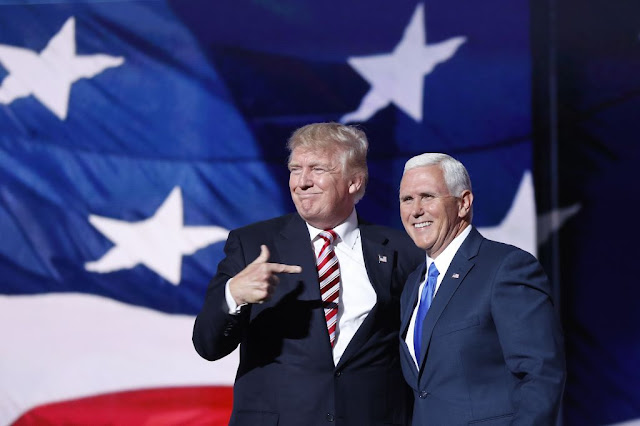 Donald Trump will formally accept the Republican nomination for president on the final day of the GOP Convention, which is closing with a message of party and national unity: ‘Make America One Again.’
FOX8 in Cleveland reports: It is Day 4 of the Republican National Convention in Cleveland, and the CLE is preparing to bid farewell to the convention. Today’s theme is “Make America One Again.” But first….today, and especially tonight, will be GOP nominee Donald Trump’s night. He’ll deliver a speech that’ll be closely watched both inside the arena and on television everywhere. Introducing Trump will be perhaps his most effective surrogate and supporter, his daughter, Ivanka Trump … It’s also the night where those 150,000 balloons will drop from the ceiling of The Q!
Complied by RNC.
Posted by Frances Rice at 11:42 AM