Obama Supports The War on Cops 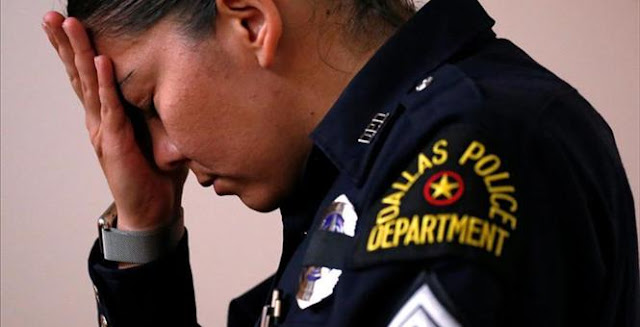 The War on Cops
By Thomas Sowell


Even in this age of runaway emotions, there are still some people who want to know the facts. Nowhere are facts more important, or more lacking, than in what has been aptly called "The War on Cops," the title of a devastating new book by Heather Mac Donald.


The cold fact, however, is that black political and community leaders, back in the 1980s, spearheaded the drive for more severe legal penalties against those who sold crack cocaine. Black Congressman Charlie Rangel of Harlem was just one of those black leaders who urged these more severe penalties. So did the New York Times, the promoter of many crusades on the left.


Fast forward to the present, when both black leaders and the New York Times are blaming white racism for the more severe penalties for selling crack cocaine. If you want to see what they were saying back in the 1980s, check pages 154-159 of "The War on Cops."


When the political winds change, politicians change. But that does not change the facts about what they said and did before.


As in her previous book, "Are Cops Racist?" Heather Mac Donald put hard facts front and center -- and those facts devastate many a fashionable notion in the media, in politics and in academia.


Although many people regard these "disparate impact" statistics as evidence, or virtually proof, of racial discrimination, suppose that I should tell you that black basketball players are penalized by NBA referees out of all proportion to the 13 percent that blacks are in the American population.


"Wait a minute!" you might respond. "Blacks are more than just 13 percent of the players in the NBA."


Black basketball players are several times more numerous than 13 percent of all NBA players. This is especially so among the star players, who are more likely to be on the floor, rather than sitting on the bench. And players on the floor most are the ones most likely to get penalized.


Hillary Clinton, for example, decried a "disgrace of a criminal-justice system that incarcerates so many more African-Americans proportionately than whites."


The most reliable crime statistics are statistics on murders, 52 percent of which were committed by blacks over the period from 1976 to 2005. If blacks are convicted of far more than 13 percent of all murders, does that mean that racism in the courts must be the reason?


On the benefits side, there was instant condemnation of mortgage lenders when statistics showed blacks being turned down for prime mortgage loans in 2000 at twice the rate that whites were turned down.


Such facts would have spoiled the prevailing preconceptions. Many facts reported in "The War on Cops" spoil many notions that all too many people choose to believe. We need to stop this nonsense, before there is a race war that no one can win.


President Barack Obama and his first attorney general Eric Holder called for an honest conversation about race. Holder even called us "a nation of cowards" because we were unwilling to have a "national conversation" about race. The truth of the matter is there's been more than a half-century of conversations about race. We do not need more. Instead, black people need to have frank conversations among ourselves, no matter how uncomfortable and embarrassing the topics may be.


Among the nation's most dangerous cities are Detroit, Chicago, St. Louis, Baltimore, Memphis, Milwaukee, Birmingham, Newark, Cleveland and Philadelphia. These once-thriving cities are in steep decline. What these cities have in common is that they have large black populations. Also, they have been run by Democrats for nearly a half-century, with blacks having significant political power. Other characteristics these cities share are poorly performing and unsafe schools, poor-quality city services, and declining populations.


Each year, more than 7,000 blacks are murdered. That's a number greater than white and Hispanic murder victims combined. Blacks of all ages are killed at six times the rate of whites and Hispanics combined. According to the FBI, the police kill about 400 people a year; blacks are roughly one-third of that number. In Chicago alone, so far this year, over 2,000 people have been shot, leaving over 320 dead. It's a similar tale of mayhem in other predominantly black cities.


Heather Mac Donald's most recent book, "The War on Cops," points out some devastating and sobering statistics: "Blacks were charged with 62 percent of all robberies, 57 percent of all murders, and 45 percent of all assaults in the 75 largest U.S. counties in 2009, while constituting roughly 15 percent of the population in those counties. From 2005 to 2014, 40 percent of cop-killers were black. Given the racially lopsided nature of gun violence, a 26 percent rate of black victimization by the police is not evidence of bias."


The primary victims of lawlessness are black people. To address this problem and most others, black people should ignore the liberal agenda. If civil authorities will not do their job of creating a safe environment, then black people should take the initiative. One example comes to mind. In 1988, at the request of residents, black Muslims began to patrol Mayfair Mansions, a drug-infested, gang-ridden, unsafe Washington, D.C., housing project. The gangs and drug lords left.
The Nation of Islam sentinels were not deterred by the wishes of politicians and the American Civil Liberties Union. They didn't feel obliged to give kid glove treatment to criminals. Black residents of crime-infested neighborhoods should set up patrols, armed if necessary, to challenge thugs, gangs, drug dealers and other miscreants and make black neighborhoods safe and respectable. No one should have to live in daily fear for his life and safety. Most Americans have no idea of -- and wouldn't begin to tolerate -- the climate of fear and intimidation under which so many black people live.


Without self-initiative, there is not much that can be done about the high crime rate in black neighborhoods. Black and white liberals and their allies in the ACLU, as well as many libertarians, will not countenance the kind of tools needed to bring about civility. For example, the Chicago Police Department recently entered an agreement with the ACLU to record contact cards for all street stops. The ACLU claimed that police were disproportionately targeting minorities for questioning and searches. The practical result will be fewer investigative stops by policemen and more crime, and it will be black residents who suffer.


Black people have the capacity to run the criminals out of their neighborhoods. Let me put the issue another way. Suppose it were the Ku Klux Klan riding through black neighborhoods murdering 7,000 blacks year after year. How many black people would be willing to wait for the Klansmen to behave themselves or accept political promises and wait for a government program?
Posted by Frances Rice at 2:28 PM