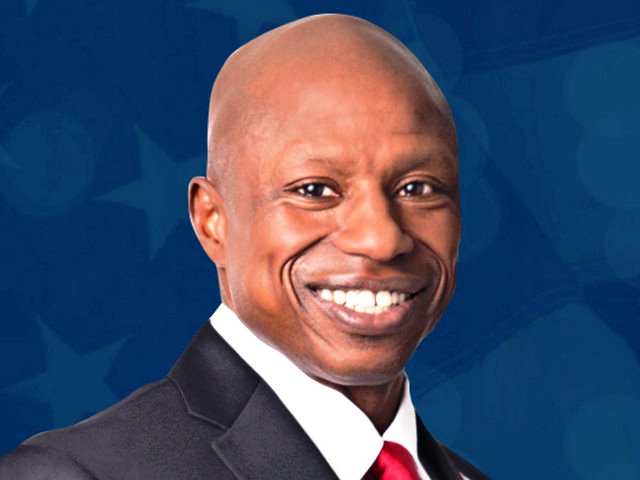 U.S. Senate candidate Darryl Glenn from Colorado will speak during prime-time on day one of the Republican National Convention in Cleveland.


The Colorado Springs Gazette editorializes: It is unwise for the political class to continue underestimating El Paso County Commissioner and U.S. Senate candidate Darryl Glenn, who consistently brings audiences to their feet.
Glenn will have the entire country's attention Monday, when he speaks during a prime-time slot on the opening night of the Republican National Convention in Cleveland.
Americans are likely to see a rising political star, plucked from the relative obscurity of local elective office in Colorado Springs.
As a Gazette editorial argued last fall, statewide and national media have made an embarrassing mistake by mostly ignoring Glenn.
The professional pundit class was quick to dismiss with Glenn's chances after he won his party's nomination in June to challenge Sen. Michael Bennet, D-Colo.
___________________


DARRYL GLENN’S STATEMENT ON WHY HE’S RUNNING FOR THE U.S. SENATE 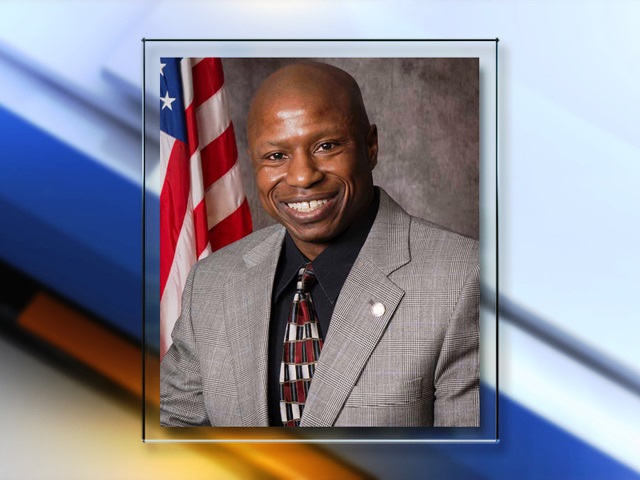 
America is at a crossroads. Parents are concerned about the economic burdens facing their children and grandchildren. Working families struggle with budgets that barely get them from one paycheck to the next. Government spending is out of control. Ever-increasing regulation threatens small businesses, and gaps in education make finding the right employees increasingly difficult. Americans nearing retirement fear for their savings and investments in Social Security.


Meanwhile, the government continues to cut benefits for men and women in the military, law enforcement, and emergency services—the people we count on to keep this country safe, prosperous, and free. We have to do better than this.
By the end of 2016, our nation will be $19.3 trillion in debt, and entrenched Washington bureaucrats continue to write blank checks as if money were no object. If we don’t change course now, generations will live like indentured servants to the government.
I wake up every day deeply committed to helping solve these issues and improve the lives of my fellow Coloradans. I believe the people of our state need a conservative leader who has overcome the types of obstacles that nearly all middle-class and lower-income people struggle with. Unlike Michael Bennet, I have never been handed anything in my life. I have worked hard to earn every accomplishment, every position of leadership, and every accolade I’ve received.
Having been elected twice to the Colorado Springs City Council and twice to the El Paso County Board of Commissioners—representing the most populous county in Colorado—I know what it takes to solve tough problems. I am not running for personal gain; I’m running for the future of our country, our state, and for our children and grandchildren.
I am a Christian and a constitutional conservative who has run a small business and a private law practice. As a County Commissioner, I serve a population of more than 655,000. My district alone has more than 130,000 people—almost twice that served by any member of the Colorado House of Representatives. My extensive civic service and success in four elections show I am well qualified to take on Michael Bennet and win. It is time to stand together and fight for our freedom and the preservation of all that has made America great.
MORE ABOUT DARRYL
Core Principles


These are uncertain times. We need leaders who understand that what matters is the content of your character–not the color of your political party. Leaders who are committed to working for real solutions. We must take the fight to radical Islamic terrorists, balance the budget and protect working families.
Public Service
Darryl Glenn is the leader the people of Colorado need in the United States Senate. As a civil servant dedicated to improving the lives and communities of those he has served, Darryl will continue to be a strong advocate fighting for the principles most important to Coloradans- a strong national defense, fiscal discipline, educating the workforce for the modern economy, and criminal justice reform.
Darryl is currently serving his second term as the El Paso County Colorado District 1 Commissioner, a position he was reelected to in 2014 with 80% of the vote. Representing over 655,000 Colorado residents, he has been a champion for the people of El Paso County, working tirelessly to stimulate innovation, provide sound fiscal management, and give a voice to his fellow Coloradans. Darryl previously served two elected terms on the Colorado Springs City Council and is a small business owner, working as an attorney for the Glenn Law Firm P.C.
Community, Legal and Business Experience
In addition to being a lawyer, a retired Air Force officer, a small business owner, and a public servant, Darryl is a proud father to two daughters, Kristy and Ashley. He is a Member of the Colorado and El Paso County Bar Associations, a former PTA President, and an active member of New Life Church in Colorado Springs. Darryl is also an avid fitness enthusiast having been a three-time national collegiate powerlifting champion, and continues to pursue athletic achievement as a runner, weight lifter, and coach.
Military Experience 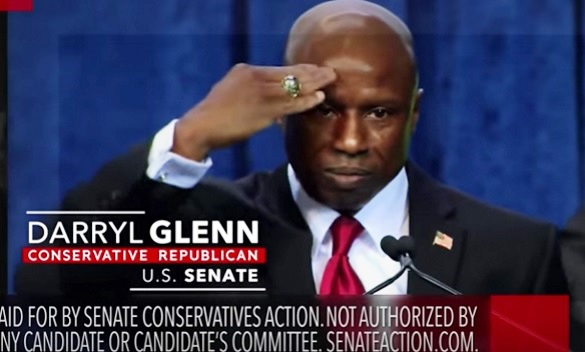 Darryl served in the U.S. Air Force with distinction for over 21 years of combined active duty and reserve military service, retiring in 2009 as a Lieutenant Colonel. After graduating from the U.S. Air Force Academy in 1988, Darryl was commissioned as an Acquisition and Logistics Officer who gained recognition for his superior leadership, and commitment to saving taxpayer dollars. Always a fiscal conservative, he excelled at cutting government waste and was personally selected for several high profile positions requiring oversight of multi-billion dollar programs. Among his many accolades, Darryl was awarded the Meritorious Service Medal.
Posted by Frances Rice at 11:39 AM