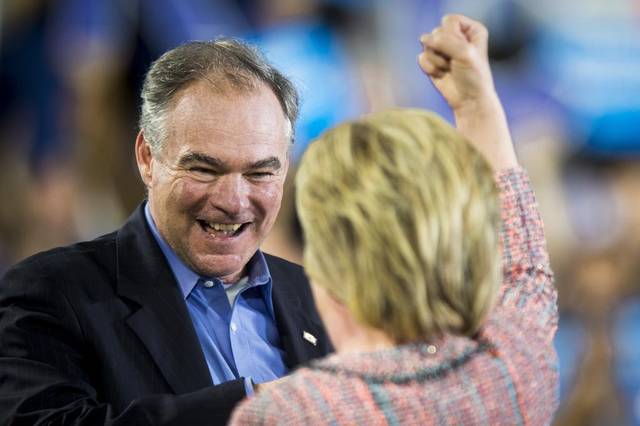 WASHINGTON -- Republican National Committee (RNC) Chairman Reince Priebus released the following statement on Hillary Clinton choosing Virginia senator Tim Kaine as her running mate:
“Hillary Clinton’s choice of Tim Kaine does nothing to unify a fractured Democrat base which is repelled by her dishonesty and cronyism,” said RNC Chairman Reince Priebus. “After spending last week pandering to grassroots Democrats with Bernie Sanders, Hillary Clinton has chosen someone who holds positions that she’s spent the entire primary trying to get to the left of.
“Ultimately this is a ticket that represents one thing: four more years like the last eight, just with more corruption and scandal. A Clinton-Kaine administration will push our country further down the path President Obama has led us on and that has made us less safe, less prosperous, and less free. More taxes, more debt, more government and more leading from behind on the global stage will not deliver the turnaround our country desperately needs. Americans have had enough of the failed Democrat status quo.
“Donald Trump and Mike Pence offer a better path for our country that puts America first. A Trump-Pence administration means more jobs with rising incomes, more security, more freedom, and a conservative Supreme Court. The choice in this election is clear and it’s only the Republican ticket of Donald Trump and Mike Pence that can Make America Great Again.”
Hillary Clinton’s selection of Tim Kaine to be her running mate is drawing rough headlines for her campaign, whether it’s his accepting nearly $200,000 in “gifts” as Virginia governor or his lack of appeal to today’s Sanders/Warren fueled Democrat base. Given today’s unfolding drama over another devastating DNC email leak showing party officials’ hostility toward Sanders, it’s hard to see how Kaine – himself an ex-DNC chair – soothes intra-party divisions in Philly. 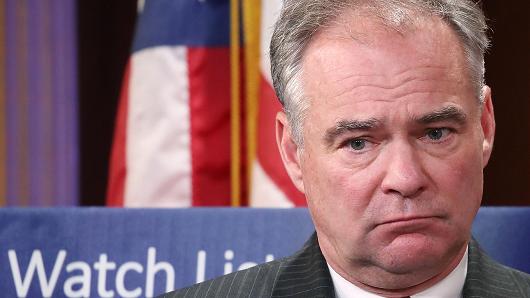 The headlines below show the extent of the Democrat base resentment of Kaine:


·         The Washington Post: “Kaine’s Acceptance Of Gifts In Virginia Could Create Opening For Republicans”
Posted by Frances Rice at 3:07 PM