As walls close in on FBI, the bureau lashes out at its antagonists 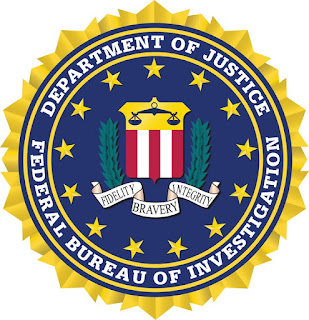 What happens when federal agencies accused of possible wrongdoing — also control the alleged evidence against them?

What happens when they’re the ones in charge of who inside their agencies — or connected to them — ultimately gets investigated and possibly charged?

Those questions are moving to the forefront as the facts play out in the investigations into our intelligence agencies’ surveillance activities.

There are two overarching issues.

First, there’s the alleged improper use of politically-funded opposition research to justify secret warrants to spy on U.S. citizens for political purposes.

Second, if corruption is ultimately identified at high levels in our intel agencies, it would necessitate a re-examination of every case and issue the officials touched over the past decade — or two — under administrations of both parties.

This is why I think the concerns transcend typical party politics.

It touches everybody. It’s potentially monumental.

This week, the FBI said it was unfair for the House Intelligence Committee not to provide its memo outlining alleged FBI abuses. The committee wrote the summary memo after reviewing classified government documents in the Trump-Russia probe.

The FBI’s complaint carries a note of irony considering that the agency has notoriously stonewalled Congress.

Even when finally agreeing to provide requested documents, the Department of Justice uses the documents’ classified nature to severely restrict who can see them — even among members of Congress who possess the appropriate security clearance.

Members who wish to view the documents must report to special locations during prescribed hours in the presence of Department of Justice minders who supervise them as they’re permitted to take handwritten notes only (you know, like the 1960s).

The committee also referred to the Department of Justice a recommendation for possible charges against the author of the political opposition research file, the so-called “Trump dossier”: Christopher Steele.

The head of the Senate Judiciary Committee, Republican Charles Grassley co-authored the memo with fellow Republican Sen. Lindsey Graham. Grassley says it’s important for the public to see the unclassified portions of the memo.

But unlike the House, which can release the memo on its own (and is taking steps to do so), Senate rules require permission from the Department of Justice — the possibly offending agency — approve or declassify the memo. And that’s reached a snag.

According to Grassley, the FBI is blocking the release of the unclassified sections of the Senate memo by falsely claiming that they contain classified information.

“It sure looks like a bureaucratic game of hide the ball, rather than a genuine concern about national security,” said Grassley in a speech on the Senate floor yesterday.

Grassley also pointed out that agencies accused of possible improprieties are the ones controlling the information.

It’s the FBI who may have misused the unverified “dossier” opposition research, allegedly presenting it to a secret court as if it were verified intelligence.

“[FBI] Director [James] Comey testified in 2017 that it was ‘salacious and unverified’,” said Grassley. “So, it was a collection of unverified opposition research funded by a political opponent in an election year. Would it be proper for the Obama administration — or any administration — to use something like that to authorize further investigation that intrudes on the privacy of people associated with its political opponents? That should bother civil libertarians of any political stripe.”

Democrats and many in the media are taking the side of the intelligence community, calling the Republican efforts partisan. House Democrats are said to be writing a counter-memo.

“We need to produce our own memo that lays out the actual facts and shows how the majority memo distorts the work of the FBI and the Department of Justice,” said Rep. Adam Schiff, the lead Democrat on the House Intelligence Committee.

Meantime, the Department of Justice has officially warned the House Intelligence Committee not to release its memo. It's like the possible defendant in a criminal trial threatening prosecutors for having the audacity to reveal alleged evidence to the judge and jury.

This is the first time I can recall open government groups and many reporters joining in the argument to keep the information secret.

They are strangely uncurious about alleged improprieties with implications of the worst kind: Stasi-like tactics used against Americans. “Don’t be irresponsible and reveal sources and methods,” they plead.

As for me? I don’t care what political stripes the alleged offenders wear or whose side they’re on. If their sources and methods are inappropriate, they should be fully exposed and stopped.

http://thehill.com/opinion/white-house/370717-as-walls-close-in-on-fbi-the-bureau-lashes-out-at-its-antagonists
Posted by Frances Rice at 10:38 AM