REALITY CHECK: Michael Wolff has a long history of making stuff up 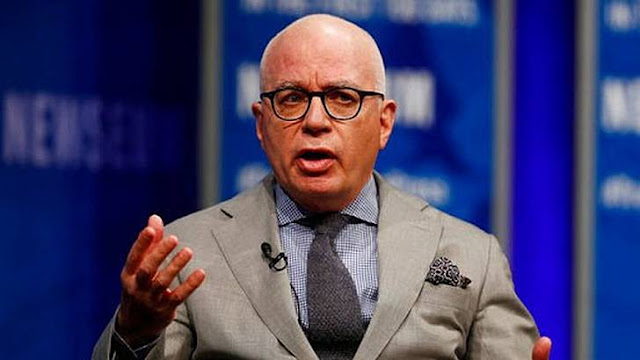 He’s doing it again in his latest book with supposed quotes from Steve Bannon about President Donald Trump.

Michael Wolff admits it in the introduction to his book in which he states he “settled on a version of events I believe to be true” and “that looseness with the truth, if not with reality itself, are an elemental thread of the book.”

See below for more info: 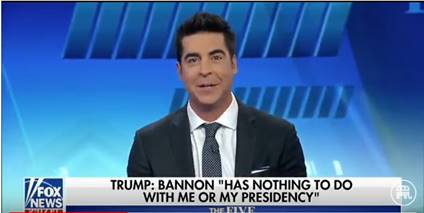 In 2004, Michelle Cottle, Then Senior Editor For New Republic, Wrote That Wolff’s “Columns Aren't Recreated So Much As Created--Springing From Wolff's Imagination Rather Than From Actual Knowledge Of Events. Even Wolff acknowledges that conventional reporting isn't his bag. Rather, he absorbs the atmosphere and gossip swirling around him at cocktail parties, on the street, and especially during those long lunches at Michael's.” (Michelle Cottle, “Wolff Trapped,” New Republic, 8/30/04)

Cottle Further Claimed That Wolff “Can’t Write” And “Doesn’t Report.” “‘I find the Michael Wolff phenomenon so New York,’ says a veteran New York-area journalist who knows Wolff casually. ‘If he lived anywhere but in the middle of the New York media world, they would say the emperor has no clothes. He can't write. He doesn't report.” (Michelle Cottle, “Wolff Trapped,” New Republic, 8/30/04)

In 2010, Wolff Wrote An Article That Criticized The New York Times For Their Investigative Reporting. “The Times drops this amazing story last week digging into how a Rupert Murdoch tabloid illegally hacked telephones, including those of the royal family. We praised it here. Go read it if you haven’t yet—it’s well worth your time. Michael Wolff liked it, too. He calls it ‘a rousing whodunit with many smoking guns.’ But Wolff being Wolff, he paints the piece as a Machiavellian power play by The New York Times rather than what it is: an obviously juicy story that any ambitious newspaper with the resources would go after.” (Ryan Chittum, “Michael Wolff’s High Cynicism,” Columbia Journalism Review, 9/7/10)

The Columbia Journalism Review Called Out Wolff’s And Claimed He Had “Zero Evidence” To Blame The New York Times Of Conspiracy. “And Wolff, just to show you how much he hates accountability journalism, takes a pit stop to crap on Woodward and Bernstein: Still, just because you have ulterior motives (and some worry and guilt about your motives), doesn’t mean the story won’t stick. The Washington Post didn’t like Nixon—and because of that bad blood we got Watergate. Hey, why not? Finally, Wolff says, again with zero evidence, that the Times decided to pull up short, not tracing the coverup all the way to the top—just so it could hold a gun to Murdoch’s head. We’re left to suppose that if Murdoch pulls back the WSJ New York section or something, then the Times won’t let part two loose.” (Ryan Chittum, “Michael Wolff’s High Cynicism,” Columbia Journalism Review, 9/7/10)

To Conclude The Critique, The Columbia Journalism Review Called Wolff’s Piece “Twisted” And “Disgusting.” “This piece gives us more insight about the twisted worldview of Michael Wolff than it does about The New York Times. This is one of the most cynical things I’ve read in a long time. It’s disgusting, frankly.” (Ryan Chittum, “Michael Wolff’s High Cynicism,” Columbia Journalism Review, 9/7/10)

Coscarelli Wrote Wolff Was A “Media Provocateur.” “Long a media provocateur, Wolff has only optimized his barbed bitching for the Internet, where he works like a Method actor, matching the tone of his latest piece on social media and carrying on until everyone notices.” (Joe Coscarelli, “Michael Wolff’s War On Everything Is Just Viral Marketing For Himself, New York Magazine, 3/12/13)

In 2016, Wolff Was Criticized For His Claim That Journalists Covering President Trump Should Be “Stenographers” And Nothing More. “Columnist Michael Wolff is being roundly mocked on Twitter for asserting that journalists covering Trump should be simply ‘stenographers’ who relay what he says to the inquiring public and nothing more.” (Sam Reisman, “Michael Wolff Mocked For Saying Journalists Covering Trump Should Just Transcribe What He Says,” Mediaite, 11/23/16)

Complied by the Republican National Committee.
Posted by Frances Rice at 7:51 PM