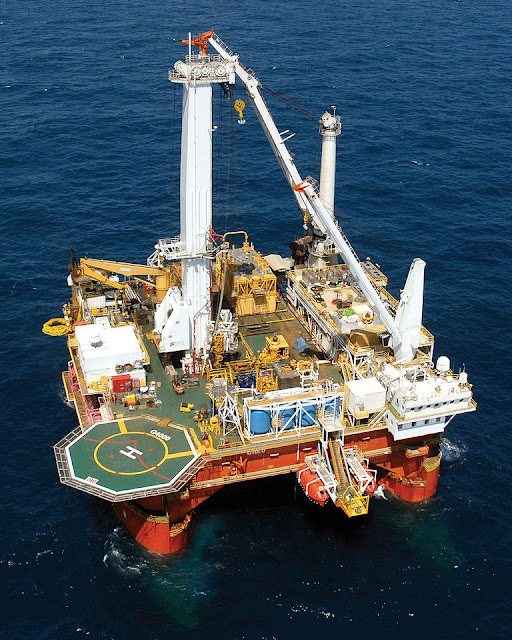 The Interior Department is proposing 47 possible auctions of drilling rights in stretches of the U.S. outer continental shelf. This includes the Pacific Ocean near California, opening up waters off the state's coast for the first time in three decades.

“Responsibly developing our energy resources on the Outer Continental Shelf in a safe and well-regulated way is important to our economy and energy security, and it provides billions of dollars to fund the conservation of our coastlines, public lands and parks,” Interior Secretary Ryan Zinke said in a statement.

The five-year drilling plan also opens up new areas of exploration off the East Coast from Georgia to Maine, where this type of drilling has been blocked for decades.

Many lawmakers in those states support offshore drilling, though the Democratic governors of North Carolina and Virginia oppose drilling off their state coasts.

Florida’s Republican Gov. Rick Scott is also against offshore drilling in the Sunshine State. On the West Coast, three Democratic governors are opposed as well.

Zinke announced the proposal Thursday, pitching it as a boost for jobs and economic security while providing billions of dollars to fund conservation along U.S. coastlines.

"This is a draft program," Zinke said in a conference call with reporters. "Nothing is final yet, and our department is continuing to engage the American people to get to our final product."

There was immediate backlash from a coalition of more than 60 environmental groups who said such unprecedented drilling would impose “severe and unacceptable harm” to the country’s oceans, coastal communities, public health and marine life.

“These ocean waters are not President Trump’s personal playground. They belong to all Americans and the public want them preserved and protected, not sold off to multinational oil companies,” a statement from the leaders of the Sierra Club, Natural Resources Defense Council, League of Conservation Voters and several other environmental groups said.

“This extreme proposal is a shameful giveaway” to the oil and gas industry, which supported Trump in the election campaign, the groups added.

The proposal comes less than a week after the Trump administration proposed to rewrite or kill rules on offshore oil and gas drilling imposed after the deadly Deepwater Horizon rig explosion and massive oil spill in the Gulf of Mexico. The Deepwater Horizon incident claimed the lives of 11 workers.

Fox News' Barnini Chakraborty and The Associated Press contributed to this report.