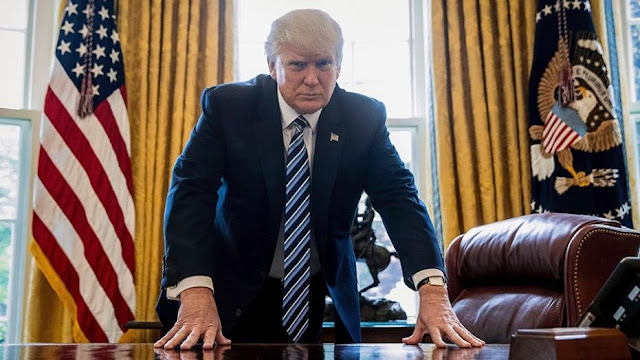 FILE - In this April 21, 2017, file photo, President Donald Trump poses for a portrait in the Oval Office in Washington after an interview with The Associated Press. Trump has proven himself an unconventional leader time and time again in his first year in office. (AP Photo/Andrew Harnik, File)  (Copyright 2017 The Associated Press. All rights reserved.)

President Trump revealed the winners of his self-proclaimed ‘Fake News’ awards Wednesday night on Twitter with The New York Times topping the list.
____________

And the FAKE NEWS winners are...https://gop.com/the-highly-anticipated-2017-fake-news-awards/ … 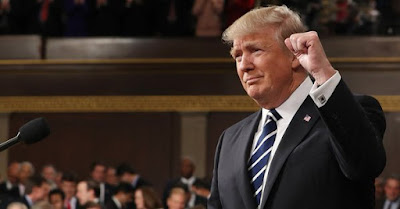 Before naming the full list of “winners,” the website cited that “studies have shown that over 90% of the media’s coverage of President Trump is negative.”
It went on to call 2017 “a year of unrelenting bias, unfair news coverage and even downright fake news.”
Coming in first place was The New York Times’ Paul Krugman for his predictions that the stock markets would never recover from Trump’s election.
In a bit of irony, the Dow Jones industrial average closed above 26,000 for the first time on Wednesday.
The Times was followed by ABC News' Brian Ross for his false report that Trump advised former National Security advisor Michael Flynn to make contact with Russian officials during the 2016 campaign.
The website carrying the results of the “Fake News Awards” crashed because of the number of visitors.
_____________

Tonight, http://gop.com  saw more traffic than ever before. Even though the servers were scaled up, the interest was even greater than anticipated. Traffic is off the charts. Come back soon.
_______________

Trump also tweeted out that “despite some very corrupt and dishonest media coverage, there are many great reporters I respect and lots of GOOD NEWS for the American people to be proud of!”
______________

Despite some very corrupt and dishonest media coverage, there are many great reporters I respect and lots of GOOD NEWS for the American people to be proud of!
___________________