Trump on Exercising: 'I Mean I Walk, I This, I That' 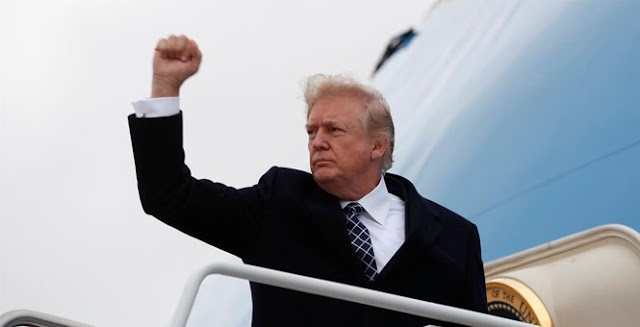 Exercise? President Trump says he gets plenty of it—but you likely won’t see him in a gym anytime soon.

“I get exercise. I mean I walk, I this, I that,” Trump told Reuters during an Oval Office interview. “I run over to a building next door. I get more exercise than people think.”

The conversation comes after White House physician Dr. Ronny Jackson told reporters President Trump was in excellent health, but he could stand to lose a little weight, eat better and get more exercise. 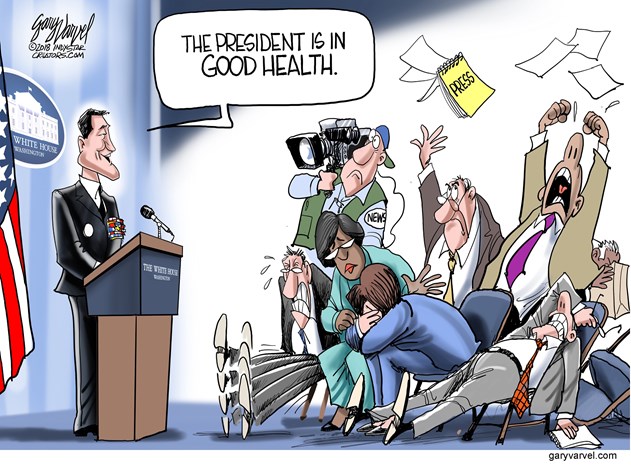 Trump, who has an affinity for fast food, said he’d be willing to work on the food aspect.

“I’ve always been more of a believer in diet ‘cause I‘m strong, you know? I hit the ball far. I mean, I‘m strong, physically,” he said.

“The people that do the food at the White House are extraordinary, but I think they can maybe make the portions a little bit smaller and maybe we’ll cut out some of the more fattening ingredients,” he added. “And I‘m OK with that.”

But he probably won’t be hitting the gym.

“A lot of people go to the gym and they’ll work out for two hours and all. I’ve seen people ... then they get their new knees when they’re 55 years old and they get their new hips and they do all those things. I don’t have those problems,” Trump said.

Jackson confirmed that the president is "absolutely...fit for duty."