By Valerie Richardson - The Washington Times 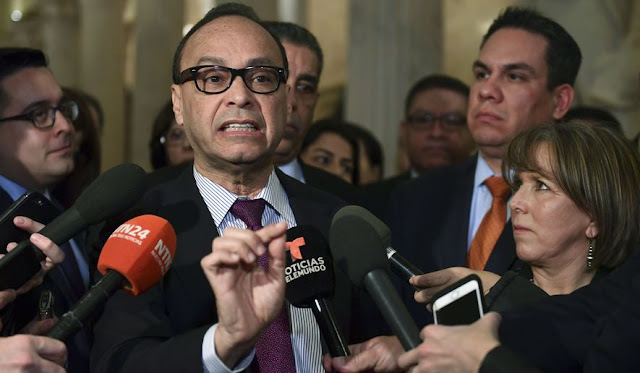 Rep. Luis Gutierrez, Illinois Democrat, said Sunday he’s willing to pay for a border wall in exchange for protections for illegal immigrants known as “Dreamers” as the federal government entered the second day of a partial shutdown.

“Look, I think the wall is a monumental waste of taxpayers’ money, and it’s to build a monument to stupidity, and it’s just idiotic,” said Mr. Gutierrez on ABC’s “This Week.”

“Having said that, if that’s what it’s going to take in order to put 800,000 young men and women in this country — Dreamers — and put them in a safe place and put them on a course to full integration in our society?” he said. “If that’s what the hostage-takers of the dreamers, if that’s their ransom cost, I say, ‘Pay it.’” 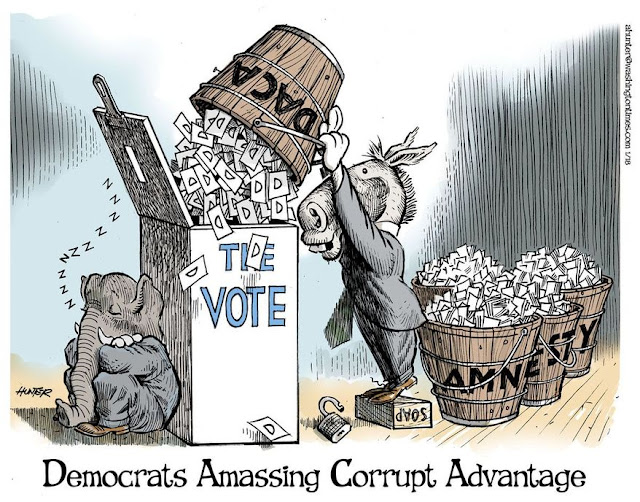 Illustration by Alexander Hunter for The Washington Times

Mr. Gutierrez, who chairs the immigration and border issues task force of the Congressional Hispanic Caucus, added that in November, “we’ll deal with the kidnappers at the election, at the polls.”

Democrats have pushed for permanent legal status for illegal immigrants who came to the country as children, known as the dreamers, in exchange for a continuing budget resolution to fund the federal government.

He challenged the wisdom of trying to resolve complex immigration issues in the middle of a partial federal shutdown.

“What this is all about is we’re in the middle of a shutdown, but yet we’re talking about immigration. And so is this an amnesty shutdown?” said Mr. Meadows, who chairs the House Freedom Caucus.

The shutdown began at 12:01 a.m. Saturday after Senate Republicans were unable to cobble together the 60 votes needed to stave off a Democratic filibuster.

“This is the Democrats trying to hold our military hostage for an issue that has been with us for decades. I think we need to resolve it, the president wants to resolve it, but you don’t do that in the middle of a shutdown.”

Mr. Gutierrez added that “as despicable at it [the wall] is, as hurtful as it is to people like me and others in this country, we are ready to sacrifice that so that dreamers have freedom in this country.”