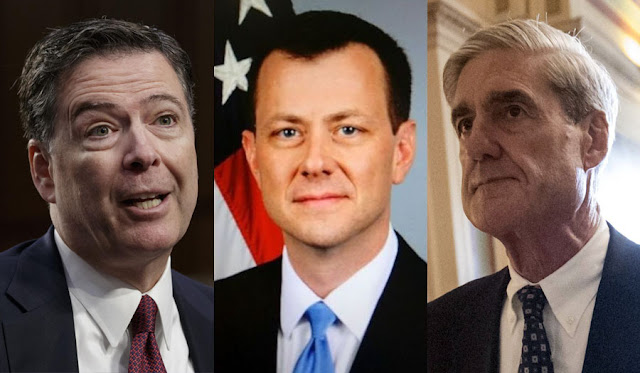 The FBI “failed to preserve” five months’ worth of text messages exchanged between Peter Strzok and Lisa Page, the two FBI employees who made pro-Clinton and anti-Trump comments while working on the Clinton email and the Russia collusion investigations.

The disclosure was made Friday in a letter sent by the Justice Department to the Senate Homeland Security and Governmental Affairs Committee (HSGAC).

“The Department wants to bring to your attention that the FBI’s technical system for retaining text messages sent and received on FBI mobile devices failed to preserve text messages for Mr. Strzok and Ms. Page,” Stephen Boyd, the assistant attorney general for legislative affairs at the Justice Department, wrote to Wisconsin Sen. Ron Johnson, the chairman of HSGAC.

Boyd attributed the failure to “misconfiguration issues related to rollouts, provisioning, and software upgrades that conflicted with the FBI’s collection capabilities.”

“The result was that data that should have been automatically collected and retained for long-term storage and retrieval was not collected,” Boyd wrote.
Strzok and Page were significant players in the Clinton and Trump investigations. As deputy chief of counterintelligence, Strzok oversaw the Trump investigation when it was opened in July 2016. Weeks earlier, he had wrapped up his work as one of the top investigators on the Clinton email probe.

But Strzok was removed after the Justice Department’s inspector general discovered text messages he exchanged with Page, with whom he was having an affair, in which both expressed strong criticism of Trump.

In one text, Strzok called Trump and “idiot.” In another, he said “F Trump.”
In another more cryptic exchange, Strzok spoke of an “insurance policy” that the FBI sought to take out in case Trump defeated Clinton in the election.
“I want to believe the path you threw out for consideration in Andy’s office — that there’s no way [Trump] gets elected — but I’m afraid we can’t take that risk,” Strzok wrote to Page on Aug. 15, 2016.

“Andy” was a reference to FBI Deputy Director Andrew McCabe.

Page left the Mueller team prior to the discovery of the texts.

Johnson expressed concern over the missing text messages, which were sent during a key period of the Russia investigation. During that time frame is when the Steele dossier was published by BuzzFeed News, when Strzok participated in a Jan. 24 interview with then-national security adviser Michael Flynn, and when James Comey was fired as FBI director.

The end date of the missing Strzok-Page texts is also significant. That’s because May 17 is the day when Mueller was appointed to take over the FBI’s probe of possible collusion between the Trump campaign and Russian government.

“The loss of records from this period is concerning,” Johnson wrote in a letter sent Saturday to FBI Director Christopher Wray.

Along with its disclosure of the missing text messages, DOJ’s Boyd handed over 384 pages of additional text messages exchanged between Strzok and Page.

Was Lynch coordinating with Comey in the Clinton investigation? 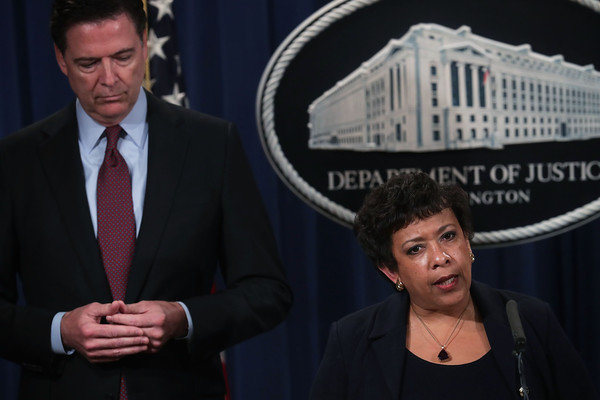 Former Attorney General Loretta Lynch knew well in advance of FBI Director James Comey's 2016 press conference that he would recommend against charging Hillary Clinton, according to information turned over to the Senate Homeland Security Committee on Friday.

The revelation was included in 384 pages of text messages exchanged between FBI officials Peter Strzok and Lisa Page, and it significantly diminishes the credibility of Lynch's earlier commitment to accept Comey's recommendation — a commitment she made under the pretense that the two were not coordinating with each other.

And it gets worse. Comey and Lynch reportedly knew that Clinton would never face charges even before the FBI conducted its three-hour interview with Clinton, which was supposedly meant to gather more information into her mishandling of classified information.

Page: And yeah, it’s a real profile in couragw [sic], since she knows no charges will be brought.

There are other revelations within the text messages.

But in the cover letter accompanying them, the FBI notified Congress that many additional text messages are missing. 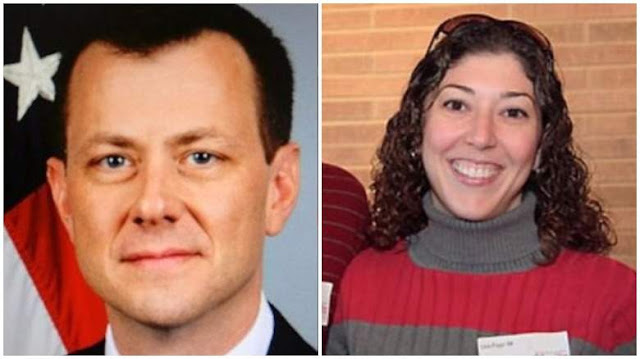 According to the FBI, its “technical system for retaining text messages sent and received on FBI mobile devices failed to preserve text messages for Mr. Strzok and Ms. Page from December 14, 2016 to approximately to [sic] May 17, 2017.”

(M)any FBI-provided Samsung 5 mobile devices did not capture or store text messages due to misconfiguration issues related to rollouts, provisioning, and software upgrades that conflicted with the FBI’s collection capabilities. The result was that data that should have been automatically collected and retained for long-term storage and retrieval was not collected.

In a letter to FBI Director Christopher Wray sent yesterday, the head of the Senate Homeland Security Committee Ron Johnson, a Republican from Wisconsin, called the loss of records “concerning.”

Strzok and Page communicated in a voluminous fashion via text message while allegedly having an illicit affair.

Until last summer, Strzok and Page were both members of Special Counsel Robert Mueller’s team investigating the allegations of collusion between Russia and Trump's campaign.

Neither has been accused of wrongdoing.

The text messages seem to indicate that some within the FBI were making investigatory decisions based on Trump’s ascendancy among the Republican field of presidential candidates.

On May 4, 2016 Strzok and Page had the following text message exchange:

Page: And holy shit Cruz just dropped out of the race. It’s going to be a Clinton Trump race. Unbelievable.

Page: You heard it right my friend.

Strzok: I saw trump won, figured it would be a bit…Now the pressure really starts to finish MYE…

Page: It sure does. We need to talk about follow up call tomorrow.

“MYE” stands for “midyear exam” and was the FBI case name for the Clinton email investigation.

The text exchanges also indicate the FBI substituted, and then omitted, damaging language in FBI Director Comey’s July 5, 2016 statement that recommended Clinton not be charged.

The original draft noted that Clinton had improperly used personal email to contact President Obama while abroad in the territory of sophisticated adversaries.

According to the text exchange, an FBI official then removed President Obama’s name and stated that Clinton had simply emailed “another senior government official.” In the final statement as delivered by Comey on July 5, both references were omitted entirely.

Other texts suggest Strzok and Page intended to subvert rules governing preservation of their discussions about FBI matters.

Page: so look, you say we text on that phone when we talk about Hillary because it can’t be traced…

In previous text messages produced to the House of Representatives, Strzok and Page discussed needing an “insurance policy” in the event Trump were to become president.

The newest batch of text messages turned over on Friday show that in February of 2016, Page texted Strzok that then-candidate Trump “simply can not [sic] be president.”

Any neutral observer would have to be concerned about supposed missing evidence from a premier law enforcement and intel collection agency as well as the types of discussions and conflicts of interest apparently at issue with key officials within the FBI.

It’s one more piece of a developing story that unfortunately points to alleged misconduct by some at top levels in our intelligence community.

If the allegations bear out, it could have huge implications for a number of investigations handled by the officials in question over the past decade — not just cases related to the 2016 campaign.

The FBI did not immediately respond to a request for comment.
Sharyl Attkisson (@SharylAttkisson) is an Emmy-award winning investigative journalist, author of The New York Times bestsellers “The Smear” and “Stonewalled,” and host of Sinclair’s Sunday TV program “Full Measure.”

http://thehill.com/opinion/campaign/370019-was-lynch-coordinating-with-comey-in-the-clinton-investigation
Posted by Frances Rice at 10:23 AM