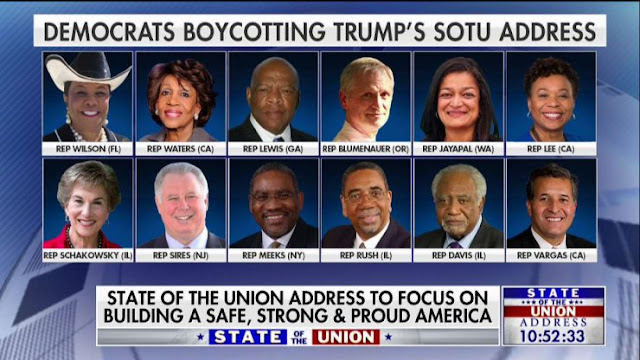 Twelve Democrats (so far) have announced they will be boycotting President Trump’s State of the Union speech tonight.


One of the Democrat’s boycotting President Trump’s speech is Rep. Jan Schakowsky of Illinois. You might remember her as the wife of Bob Creamer, the felon James O’Keefe caught on video organizing violence against Trump supporters at rallies during his campaign against Hillary Clinton.

Six of the twelve Democrats boycotting President Trump’s SOTU speech are members of the Black Caucus, who were all caught on video embracing one of the most openly hateful racists of our time, Louis Farrakhan of the Nation of Islam in a newly released video.

The new images and videos show Congressional Democrats, some of whom are still serving, warmly embracing Farrakhan in 2006 at a church in New Orleans. The footage was brought to light by columnist Jeryl Bier. Bier has been tweeting the following images and video of the encounter.

Americans were shocked when an Obama image recently emerged that was kept a secret by the photographer who took it because he believed it would hurt the future president’s “political career.”

Wall Street Journal journalist Jeryl Bier was the first to break this story: 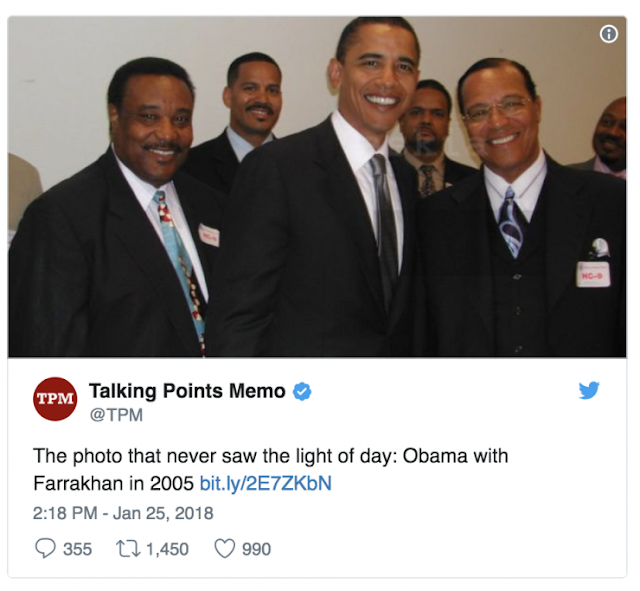 2006, in a side room off a church foyer in New Orleans: @LouisFarrakhan: “Tell me how I can be of service.” @RepMaxineWaters: “I think we need to get together and talk about how we’re going to put New Orleans on the national agenda.” https://www.wsj.com/articles/the-dems-farrakhan-problem-1517270636 …

President George W. Bush’s former Press Secretary Ari Fleischer admonished the six Black Caucus members who are boycotting Trump’s State of the Union, but were “fine” about meeting with Farrakhan, but not sitting through the elected President’s SOTU.

Fleisher tweeted: “These six Congressmen are boycotting Trump’s State of the Union. But they all were Members of the Congressional Black Caucus when Louis Farrakhan came to see them. Farrakhan is fine. The elected President is not. That tells you all you need to know.”

The Daily Caller published screen shots taken of each Black Caucus member who will boycott President Trump’s SOTU speech tonight, but had no problem embracing a man who has made a career out of using his Islamic faith to preach hate against Whites and Jews.

The woman who screams “Impeach Trump” almost every time she opens her mouth, and had made several attempts at trying to label President Trump as a “racist” with absolutely no evidence, Democrat Black Caucus member, Maxine Waters is seen hugging one of the most notorious racists in America, Louis Farrakhan. 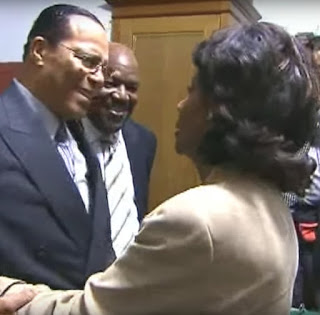 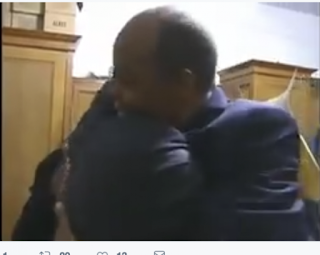 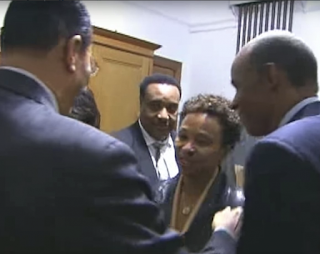