Feinstein: People Will Die if Government Shuts Down But I Might Vote to Shut It Down Anyway 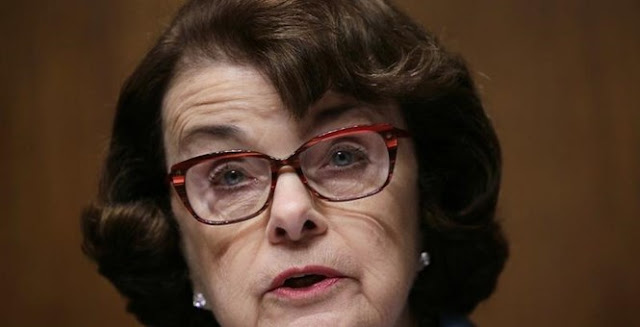 Yesterday Democrats admitted their goal is to shut down the government in an effort to use the move against Republicans for the 2018-midterm elections.

Democratic Senator Dianne Feinstein issued a dire warning Thursday evening that a government shutdown will lead to people dying (not true) and other terrible things.

"Shutting down the government is a very serious thing. People die, accidents happen. You don't know. Necessary functions can cease," Feinstein told CNN. "There is no specific list you can look at and make a judgment: 'Well everything is going to be just fine.' You can't make that judgment. So, I think it's a last resort. And I'm really hopeful we don't get to it."

That claim is interesting, considering she doesn't know yet whether she will vote to keep the government open.

“I don’t know how I would vote right now on a CR, OK?” she said in the same interview.

If people really are going to die as a result of the pending shutdown, you'd think she'd know by now how important her decision is. Instead, her politically motivated posturing and demagoguery on the issue just became extremely transparent.

Meanwhile, Budget Director Mick Mulvaney called Democrats on their bluff this morning at the White House and President Trump has asked Majority Leader Chuck Schumer for a meeting this afternoon.

"OMB is preparing for what we're calling the Schumer Shutdown.

"It still surprises me, and I've been through some of these before, that Democrats are opposing a bill they don't oppose.

"They are for clean CRs, they are for the extension of the CHIP program. They don't oppose anything in the bill, but they are opposing the bill," Mulvaney said. "We do not want a shutdown, but if Mr. Schumer wants this, he is in a position to inflict this on the American people."