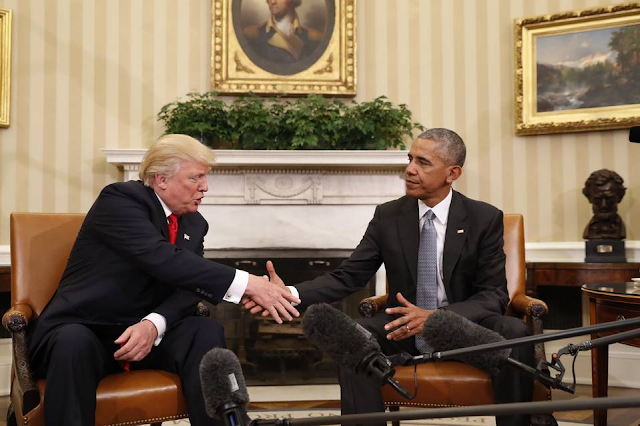 Trump is commonsensically undoing, piece by piece, the main components of Obama’s legacy.

Never Trump Republicans still struggle to square the circle of quietly agreeing so far with most of his policies, as they loudly insist that his record is already nullified by its supposedly odious author.

Or surely it soon will be discredited by the next Trumpian outrage.

Or his successes belong to congressional and Cabinet members, while his failures are all his own.

Rarely do they seriously reflect on what otherwise over the last year might have been the trajectory of a Clinton administration.

Contrary to popular supposition, the Left loathes Trump not just for what he has done. (It is often too consumed with fury to calibrate carefully the particulars of the Trump agenda.) Rather, it despises him mostly for what he superficially represents.

In short Trump’s very essence wars with everything that long ago was proven to be noble, just, and correct by Vanity Fair, NPR, The New Yorker, Google, the Upper West Side, and The Daily Show. There is not even a smidgeon of a concession that some of Trump’s policies might offer tens of thousands of forgotten inner-city youth good jobs or revitalize a dead and written-off town in the Midwest, or make the petroleum of the war-torn Persian Gulf strategically irrelevant to an oil-rich United States.

Yet one way of understanding Trump — particularly the momentum of his first year — is through recollection of the last eight years of the Obama administration. In reductionist terms, Trump is the un-Obama.

Surprisingly, that is saying quite a lot more than simple reductive negativism. Republicans have not seriously attempted to roll back the administrative state since Reagan. On key issues of climate change, entitlements, illegal immigration, government spending, and globalization, it was sometimes hard to distinguish a Bush initiative from a Clinton policy or a McCain bill from a Biden proposal. There was often a reluctant acceptance of the seemingly inevitable march to the European-style socialist administrative state.

Of course, there were sometimes differences between the two parties, such as the George W. Bush’s tax cuts or the Republicans’ opposition to Obamacare.

Yet for the most part, since 1989, we’ve had lots of rhetoric but otherwise no serious effort to prune back the autonomous bureaucracy that grew ever larger.

To do all that would require a president to be largely hated by the Left, demonized by the media, and caricatured in popular culture — and few were willing to endure the commensurate ostracism.

Trump has done all that in a manner perhaps more Reaganesque than Reagan himself.

In part, he has been able to make such moves because of the Republican majority (though thin) in Congress and also because of, not despite, his politically incorrect bluntness, his in-your-face talk, innate cunning, reality-TV celebrity status, animalistic energy, and his cynical appraisal that tangible success wins more support than ideology. 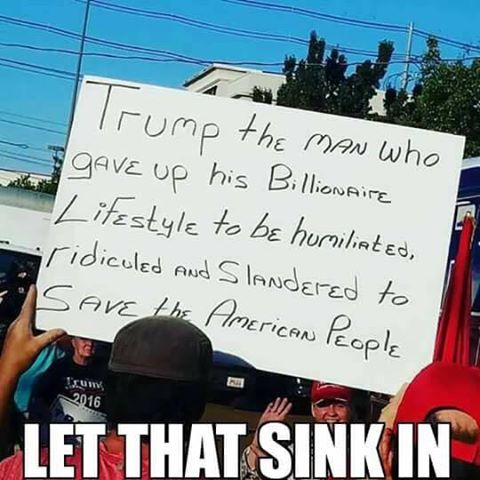 And, yes, in part the wheeler-dealer Manhattan billionaire developed real sympathy for the forgotten losers of globalization.

Even his critics sometimes concede that his economic and foreign-policy agendas are bringing dividends. In some sense, it is not so much because of innovative policy, but rather that he is simply bullying his way back to basics we’ve forgotten over the past decades.

The wonder was never how to grow the economy at 3 percent (all presidents prior to 2009 had at one time or another done just that), but rather, contrary to “expert” economic opinion, how to discover ways to prevent that organic occurrence.

Obama was the first modern president who apparently figured out how.

Obama weaponized federal agencies including the IRS, DOJ, and EPA in such a manner as to worry anyone successful, prominent, and conservative enough to come under the federal radar of a vindictive Lois Lerner, Eric Holder, or a FISA court.

Trump has sought to undo all that, point by point.

The initial result so far is not rocket science, but rather a natural expression of what happens when millions of Americans believe they have greater freedom and safety to profit and innovate, and trust they will not be punished, materially or psychologically, for the ensuing successful results. The radical upsurge in business and consumer confidence is not revolutionary but almost natural.

The Left and Never Trump Right claim that Trump is Stalin, Hitler, or Mussolini.

In fact, for the first time in eight years, it is highly unlikely that the FBI, IRS, CIA, DOJ, and other alphabet-soup agencies see their tasks as going after the president’s perceived opponents.

The same about-face is true on the foreign-policy front, as the ancient practice of deterrence replaced the modern therapeutic mindset.

Obama blurred, deliberately so, the lines between allies and hostiles.

America experienced the worst of both worlds: We were rarely respected by our friends, even more rarely feared by our enemies; loud rhetorical muscularity was backed up only by “strategic patience” and “leading from behind.”

On the supposedly friendly side, Europe assumed that the United States would fawn after the virtue-signaling Paris Climate Accord.

The Palestinians concluded that there was no shelf life on victimhood and that America simply would not, could not, dare not move its embassy to Jerusalem as the Congress had chronically showboated it would.

NATO just knew that endless subsidies were its birthright and prior commitments were debatable.

The West apparently lapped up Obama’s Cairo speech: But when even the European Renaissance and Enlightenment were seen as derivatives of Islam, there is not much left to boast about.

On the unfriendly side, China sensed there was little danger in turning the Spratley Islands into an armed valve of the South China Sea.

Russia understood that America was obsequiously “flexible” and ready to push a red plastic reset button in times of crisis.

Iran guessed rightly that the Obama administration would concede a lot to strike a legacy deal on nonproliferation.

It was unsure only about whether the Obama administration’s eagerness to dissimulate about the disadvantageous details were due to a sincere desire to empower revolutionary, Shiite Iran as an antipode to Israel and the Sunni oil monarchies, or arising from a reckless need to leave some sort of foreign-policy signature.

Kim Jung-un concluded that the eight years of the Obama administration provided a rare golden moment to vastly expand its nuclear and missile capability — and then announce it as an irrevocable fait accompli after Obama left office.

Again, the common denominator was that the Obama administration, in quite radical fashion, had sought a therapeutic inversion of foreign policy — in a way few other major nations had previously envisioned.

There were no more effective avatars of old-style deterrence than James Mattis and H. R. McMaster.

Both long ago embraced a realist appraisal of human nature, predicated on two ancient ideas: We all are more likely to behave when we accept that the alternative is far more dangerous to ourselves, and the world is better off when everyone knows the laws in the arena.

Just as Obama’s pseudo–red lines in Syria signaled to the Iranians or North Koreans that there were few lines of any sort anywhere; so too the destruction of ISIS suggested to others that there might be far fewer restrictions on an American secretary of defense anywhere

On the cultural side, the Trump team figuratively paused, examined its inheritance from the prior administration, and apparently concluded something like “this is unhinged.” Then it proceeded, to the degree possible, to undo it.

Open borders, illegal immigration, and sanctuary cities are the norms of very few sovereign states. They are aberrations that are unsustainable whether the practitioner is Canada, Mexico, or the United States.

Calling a small pond or large puddle on a farm’s low spot an “inland waterway” subject to federal regulation is deranged; undoing that was not radical, but commonsensical.

Trump sought to revive the cultural atmosphere prior to Obama’s assertion that he would fundamentally transform what had already been a great country.

In 2008, it would have been inconceivable that NFL multimillionaires would refuse to stand for the National Anthem — much less in suicidal fashion insult their paying fans by insinuating that they deserved such a snub because they were racists and xenophobes.

It was Byzantine that a country would enter an iconoclastic frenzy in the dead of night, smashing and defacing statues without legislative or popular democratic sanction.

The Un-Obama agenda was not simply reflexive or easy — given that Obama was the apotheosis of a decades-long progressive dream.

After all, in year one, Trump has been demonized in a manner unprecedented in post-war America, given the astonishing statistic that 90 percent of all media coverage of his person and policies has been negative.

Obama was a representation of a progressive view of the Constitution that about a quarter of the population holds, but in Obama, that view found a rare megaphone for an otherwise hard sell.

One would have thought that all Republican presidents and presidential candidate would be something like the antitheses to progressivism.

In truth, few really were.

So given the lateness of the national hour, a President Nobama could prove to be quite a change.

— NRO contributor Victor Davis Hanson is a senior fellow at the Hoover Institution and the author of The Second World Wars: How the First Global Conflict Was Fought and Won, released in October from Basic Books.

http://www.nationalreview.com/article/455453/president-trump-undoes-obama-legacy-commonsense-nobama
Posted by Frances Rice at 11:28 AM