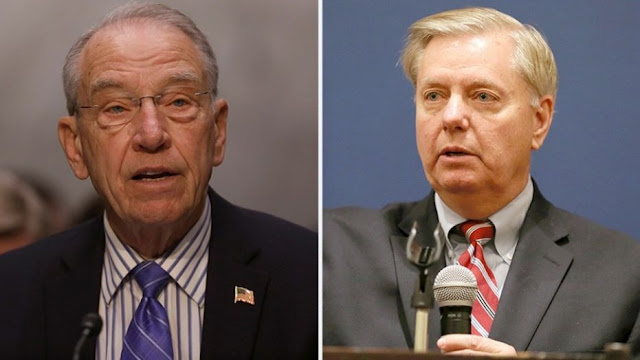 The move ramps up congressional Republicans’ investigation of the salacious document and those involved in creating it, as Special Counsel Robert Mueller continues to probe Russian meddling in the 2016 election and possible collusion with Trump associates.

The dossier was authored by former British intelligence agent Christopher Steele, who was hired by opposition research firm Fusion GPS. In their brief letter, the GOP lawmakers cited potential violations for false statements “the Committee has reason to believe Mr. Steele made regarding his distribution of information contained in the dossier.”

“I don’t take lightly making a referral for criminal investigation. But, as I would with any credible evidence of a crime unearthed in the course of our investigations, I feel obliged to pass that information along to the Justice Department for appropriate review,” Grassley said in a statement.

Their letter cited potential violations of a section of the criminal code pertaining to making false statements or concealing facts. A committee tweet said investigators had reviewed material that revealed "significant inconsistencies in statements provided to authorities."

In a written statement, Graham went a step further and said he believes a special counsel should review the matter, given "how Mr. Steele conducted himself in distributing information contained in the dossier and how many stop signs the DOJ ignored in its use of the dossier."

The committee has been probing the dossier’s origin for months.

Fusion GPS founder Glenn Simpson met with the staff of the Senate Judiciary Committee behind closed doors for 10 hours in August. At the time, a Fusion GPS lawyer said Simpson “cleared the record on many matters of interest.” 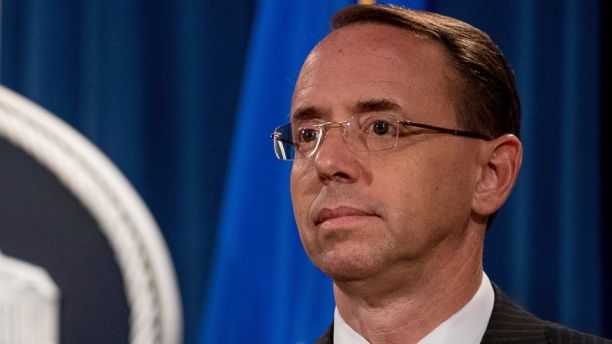 But tensions flared this week when GPS founders Simpson and Peter Fritsch accused congressional Republicans in a New York Times op-ed of refusing to release testimony to the public, and leaking certain details to friendly outlets.

Grassley responded by saying an invitation for the research company to testify in public remains “on the table.”

The New York Times first reported on Grassley and Graham’s referral on Friday.

The Times reported that the senators claim Steele may have lied to federal authorities specifically about his contacts with reporters regarding the dossier contents. The Times said the referral is likely based on newly obtained reports of Steele's meetings with the FBI.

Democrats fired back at the senators’ move. Sen. Richard Blumenthal, D-Conn., said in a statement: “Sadly, the first major action taken by the Republican majority on the Judiciary Committee seems to be aimed at someone who reported wrongdoing, rather than committed it.”

The unverified dossier was first published by BuzzFeed News in January 2017.

Republicans have been investigating whether the dossier fueled the original Russia probe and helped justify surveillance on Trump associates.

They were emboldened after the revelation that the project got funding from the Clinton campaign and Democratic National Committee.