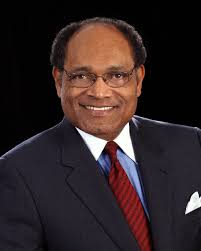 If the words racism or racist were not in the Democrats’ vocabulary they would not be able to talk.

And then there is Mayor Bill De Blasio, D-N.Y., who called the Justice Department’s plans to crack down on sanctuary cities a "racist assault" on immigrant communities.

What is truly disgusting in these Democratic race baiting rants is the complicity of black Democratic members of Congress including the two black U.S. Senators Corey Booker, D-N.J., and Kamala Harris, D-Calif.

In bowing down to the Democratic strategy of calling people who want to protect our borders and restrict illegal immigration racists, these black politicians are showing the world that they care more about pleasing white liberal Democratic bosses and following the party line than about the impact of illegal immigration on their black constituents.

Some would even call them sellouts!

Do they really expect Americans to believe that Raj Shah, principal deputy White House press secretary, whose parents came to America from India, to be a racist because he is promoting the immigration proposal? 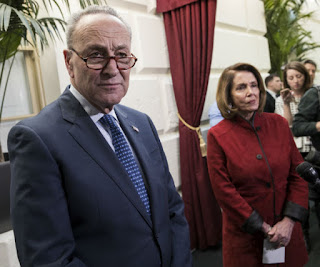 The Democrats take their black constituents for granted and are not held accountable by them and much of the black press. Like Pelosi and U.S. Senate Minority Leader Chuck Schumer, D-N.Y., they are totally out of touch with much of their constituencies on immigration.

I assume none of them have read the recent Harvard-Harris poll that shows an overwhelming percentage — 65 percent — of voters, representing a wide cross section of the political and demographic spectrum, support the kind of immigration plan being proposed by the Trump administration: ending Chain Migration, the Visa Lottery, securing the border and giving eventual citizenship to Deferred Action for Childhood Arrivals (DACA).

Pelosi, Schumer, black Democrats as well as many in the media are probably shocked —and disappointed — that the poll found that such a program is supported by 64 percent of black voters and 68 percent of Hispanic voters.

While Democrats and their allies in the media accuse Trump of being heartless, the poll revealed that 60 percent of voters are against giving preference to parents who brought DACA children to the U.S.

Pelosi and her fellow leftists who call controlling immigration racist and "making America white again" will be disappointed to hear that the poll found that 81 percent of voters want legal immigration reduced and 63 percent want it reduced at least by half!

They will really be shocked to learn that the poll found, as Breitbart reported, that black Americans are more likely than any other demographic group to support lower yearly legal immigration levels — between only one and 250,000 per year.

Blacks in Congress should read a February 2017 article in The Daily Signal, "How Illegal Immigration Harms Black Americans."

It quotes U.S civil rights commissioner and former member of the National Labor Relations Board, Peter Kirsanow, who is black, as saying that black males, " . . . are more likely to experience competition from illegal immigrants."

He went on to say, "It is not just the competition and the unemployment of blacks. It also depresses the wage levels."

The article makes reference to a 2010 Civil Rights Commission study finding that immigration in general harmed the black community more than others.

But don’t let these facts get in the way of black and white Democrats wanting to play the race card and exploit the immigration issue. It's gotten so bad that one black member of Congress, Yvette Clarke, D-N.Y., compared U.S Immigration Custom Enforcement (ICE) to Nazi Germany’s secret police, the "Gestapo."

What is so repulsive is that she made her comments on International Holocaust Remembrance Day 2018 — an annual day of commemoration to honor six million Jews and millions of other victims of Nazism.

So where was the outrage from the national and New York Jewish community on Clarke cheapening that day with partisan politics?

I could not leave this subject without commenting on the uproar over President Trump’s alleged comments regarding "s******e countries many of which I am sure few members of the press and Congress — blacks included — would choose as family vacation spots.

But after all of the outrage from black and white liberals in the U.S., it was African leaders who came to Trump’s defense.

President Paul Kagame of Rwanda, who is also head of the 55 country African Union, called him a friend and thanked him "for the support we have received from you, personal, and your administration . . . I thank you very much."

He was joined by Uganda President Yoweri Museveni who said, "I love Trump because he tells Africans frankly . . . Africans need to solve their problems."

By playing the race card, Democrats show, as polls reflect, how much they are out of touch, disrespecting the common sense and intelligence of black, Hispanic, and white Americans on immigration issues.

The sad fact is that Democratic leaders have thrown black and legal Hispanic immigrants under a political expediency bus.