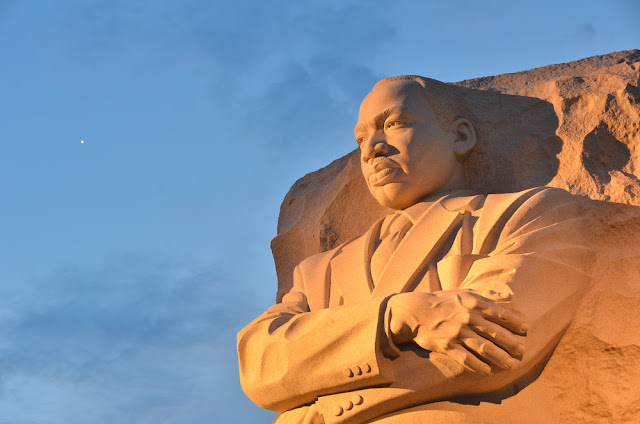 The Martin Luther King Jr Memorial located on the National Mall on the Tidal Basin in Washington D.C. - Shutterstock photo

"Our lives begin to end the day we become silent about things that matter."
– Martin Luther King
President Reagan once said: “There is something for everyone under the White House Christmas Tree.” On this day of remembering the onerous efforts of Dr. Martin Luther King and his desire to protect the natural and God-given rights of every American, it is only befitting to glance back into our history, to understand why his ambition was so challenging to consummate – and why it was so necessary.
"We must accept finite disappointment but never lose infinite hope."
– Dr. King
Over 200 years ago, when our founders set out to create a more perfect union of free men, they knew they could not reinvent the wheel but they could improve upon it. Gathering in the summer heat of Philadelphia Hall in 1787 to trade barbs and ideologies about what this union must or must not consist of, they prepared for a long contentious tirade. What came first, the egg or the chicken, or did it really matter that much?
“An investment in knowledge pays the best interest.”
– Ben Franklin
To accomplish this legislative genesis, they gathered the best and brightest of patriots with legal integrity to attend this revolutionary convocation. It was this motley crew with variegated mores and traditions that gathered to piece together the foundation necessary to forge this near-perfect nation. It was a country to amend past transgressions of colonial self-governing under its infamous English kingships.
“We are all born ignorant, but one must work hard to remain stupid.”
– Ben Franklin
Ben Franklin, our elder founder, met each guest before they entered the hall and welcomed them for their participation in this assemblage of thinkers, scholars, political scientists and theorists. As Thomas Paine, the father of our Revolution and a powerful patriot, arrived at the door laden with a stack of books in arm, Franklin, his lifelong friend, informed him he would not be allowed a seat at the table. He placidly told him:
“Whatever is begun in anger ends in shame.”
– Ben Franklin
With his usual calm demeanor, Franklin ushered a visibly upset Paine outside, consoling him: “Tom, they will not allow you to enter the Convention because of your views on slavery, universal suffrage and representative government.” A stunned Paine, clutching a stack of Common Sense books with words scribed on its pages from patriots about government, vociferated: “How will the voices of the patriots be heard?” Franklin assured Paine he’d deliver the books to the round table and evaluate every word written by each patriot. A defeated Paine retreated to catch the next ship to France.
“It takes many good deeds to build a good reputation, and only one bad one to lose it.”
– Ben Franklin
Every insightful issue that concerned Paine about our Constitution was to become a contentious admonition in the coming years. We can only wonder how different our county would be today if others beside Franklin had believed in him.
“Decisions made in haste lay to waste.”
– Ben Franklin
The day Paine arrived from across the pond in 1774, he witnessed the buying and selling of slaves in the marketplace. He was awestruck that men and women were chained and denied their natural and God-given rights of liberty and shackled like animals in cages. He assumed a position working for the Pennsylvania Magazine, and began a campaign to end slavery. This did not abide well with many in the colonies who either owned slaves or profited from buying and selling them.
“A long habit of not thinking a thing wrong gives it a superficial appearance of being right.”
– Thomas Paine
As an enlightened thinker, Paine was concerned the colonies had no representation in the English Parliament, yet subjects to laws passed with no voice in legislating. He wrote many pamphlets and essays condemning this autocracy. One pamphlet enervated the start of the war for independence, "Common Sense." He decreed that every man and woman in the colonies had the natural and God-given right to vote on every law that they were governed by. This went over like a lead balloon until the English needed more money and forced the colonies to quarter British troops. It took Common Sense to wake up the slumbering pilgrims.
“Give me liberty, or give me death.”


– Patrick Henry
TO READ THE REST OF THIS ARTICLE, CLICK HERE.
THIS ARTICLE IS ALSO POSTED ON THIS BLOG AT THIS LINK.
SEE ALSO “THE PARTIES DID NOT SWITCH SIDES - UPDATE: THE REPUBLICAN PARTY IS THE PARTY OF CIVIL RIGHTS.”
Posted by Frances Rice at 12:28 PM