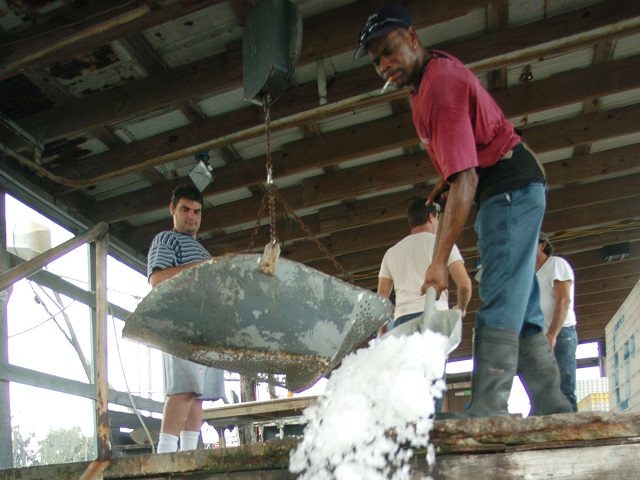 In the month of December, the unemployment rate for black Americans dropped to just 6.8 percent, which is the lowest ever recorded. Prior to this month, the previous record was 7.4 percent in 2000.

The government has been tracking unemployment by race for 45 years, since 1972.

The Hispanic unemployment rate remains at a near record low of just 4.9 percent, up just a bit from the record of 4.7 percent in November of last year.
White unemployment sits at 3.7 percent, while only 2.5 percent of Asians are unemployed.

The number of jobs created in December was 148,000, which is lower than expected. Jobs are the lagging indicator in any economy, so with all the other numbers moving up, hopefully job creation will soon follow.

Average hourly earnings rose 0.3% from the previous month, and are up 2.5% when compared to last year.

With unemployment so low, job growth should mean wage gains. More jobs than people looking for them puts employees in the driver’s seat.

Also good news for workers is the Trump administration’s crackdown on illegal immigration. This can only mean better wages and more job opportunities, especially for unskilled, entry, and blue-collar workers — those who have been left behind more than any other group.

The black jobless rate falls to its lowest ever in the Labor statistics.

Friday’s Labor Department report on the December jobs market was mostly ho-hum, with the economy creating 148,000 net new jobs and the unemployment rate staying flat at a low 4.1%.

But one more hopeful figure leapt out at us and a few others: The unemployment rate for black Americans fell to its lowest rate ever at 6.8%.

That’s right. The jobless rate for African-Americans hasn’t been lower since 1972, the earliest date we could find in the Bureau of Labor Statistics data tables.

The jobless rate for blacks has always been substantially higher than for whites, and it tends to fall faster later in the economic cycle as growth picks up steam.

The rate has fallen especially fast the last couple of years, and in December fell another 0.4 percentage points.

That big a fall might be a statistical anomaly that bounces back up in future months, but the downward trend is as clear as the political and economic message: Get the economy growing faster, and everyone will benefit.