USA Or KGB? Bombshell Memo Details FISA Abuses So Serious It Could Bring Changes To The FBI/DOJ 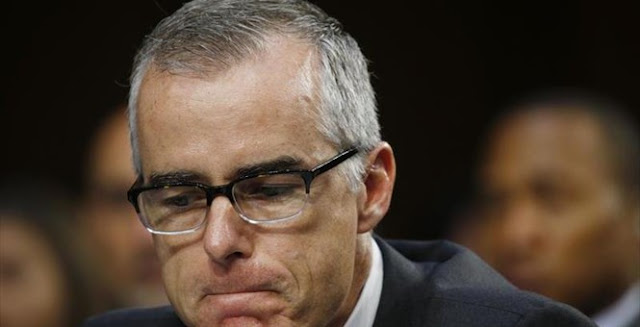 With shutdown theater in high gear, some stories get buried.

The government runs out of money at midnight tonight, but there was another story that was trending on social media last night.

The House Intelligence Committee voted to release a four-page memo on FISA abuses that have disturbed lawmakers to their core. Some were saying the actions described were akin to the KGB.

The vote to release the memo to all members was along party lines, and House Republicans seem adamant that the information should be released to the public.

The consequences of these abuses have some members of Congress commenting that deep, structural changes could be coming to the Department of Justice and the FBI (via Fox News):

A four-page memo circulating in Congress that reveals alleged United States government surveillance abuses is being described by lawmakers as “shocking,” “troubling” and “alarming,” with one congressman likening the details to KGB activity in Russia.

Speaking with Fox News, the lawmakers said they could not yet discuss the contents of the memo they reviewed on Thursday after it was released to members by the House Intelligence Committee. But they say the memo should be immediately made public.

“It is so alarming the American people have to see this,” Ohio Rep. Jim Jordan said.

“It's troubling. It is shocking,” North Carolina Rep. Mark Meadows said. “Part of me wishes that I didn't read it because I don’t want to believe that those kinds of things could be happening in this country that I call home and love so much.”

Florida Rep. Matt Gaetz said he believed people could lose their jobs after the memo is released.

“I believe the consequence of its release will be major changes in people currently working at the FBI and the Department of Justice,” he said, referencing DOJ officials Rod Rosenstein and Bruce Ohr.

The DOJ and FBI have been subjected to increased scrutiny by Congress and some in the media over the allegation that the Trump dossier may have been (and by saying that, I mean most likely) was the spark that prompted wiretaps for Paul Manafort and Carter Page, two aides to then-candidate Donald Trump in the 2016 election.

It’s an allegation that will continue to fester since the FBI refuses to turn over documents related to the file, which was a Democrat-funded opposition research project executed by research firm Fusion GPS, who hired a former MI6 operative to collect information. The Hillary Clinton campaign retained Fusion for this purpose.

Bruce Ohr's wife, Nellie, worked for Fusion and he met with the firm and tried to conceal those meetings. He was then demoted once this fact became known.

Release the memo on the alleged FISA abuses and allow Congress to go through the FBI files on the dossier.

It’s about time since the Russian collusion narrative has decayed into a rotting corpse of baseless claims.

There is still no evidence that the Trump campaign colluded with the Russians to tilt the 2016 election.

There seems to be something more concerning the FBI, DOJ, and apparently now how FISA is used by the intelligence community.