America, a Country of Victorious Socialism 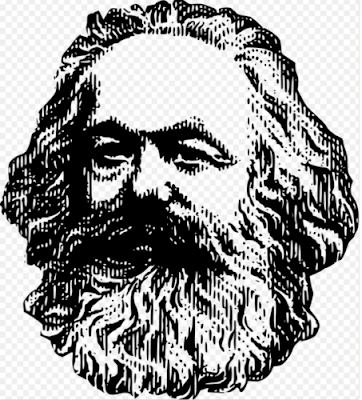 The revolution I’ve been warning about for the last ten years has happened. It is not a bloody uprising typically associated with a revolution but rather a peaceful evolution over a prolonged period of time that culminated in the socialists’ takeover. There should be no illusion; the Marxists are taking power in America seriously and for a long time.

Indeed, communist leaders from Lenin to Brezhnev are sardonically grinning from hell and watching in disbelief as what was impossible for the Soviet Union to accomplish with all its military might and nuclear arsenal is being accomplished by the American people themselves through a dubious electoral process.

Just to be clear, it is not Orwell’s 1984, it is the Soviet Union of 1937 returned from the hereafter with a human face.  There will be no Gulags; millions of people will not be executed. The dissidents will be dealt with “humanely.” They will be purged from the universities, media, government jobs, and major corporations. The Bolsheviks’ motto, “who does not work does not eat,” will be replaced with a new one – “who does not obey does not eat."

Dissent will be suppressed by a brute force of government agencies, including the power of the DOJ to bring frivolous lawsuits and bankrupt its victims and destroy their families.

The ubiquitous sentinel of American democracy infamous for its colossal failures, the FBI, will regularly discover plots against the government, find caches of weapons and fabricate preposterous accusations against political opponents. As a deterrent, they will be given harsh sentences. The administration will harness every incident to seize greater control over the nation.

The people and businesses are beginning to fear the all-powerful government that is perfectly willing to deploy a full arsenal of state weaponry, such as DOJ, FBI, IRS, EPA, DOE and its powerful FERC (Federal Energy Regulatory Commission), DHS (Department of Homeland Security), DOL (Department of Labor), and other assets we may not know about. The corporations got the massage, ending contributions to the Republican Party.

Marxist doctrine states that in order to control people, the government has to instill fear and hope. The FBI will be the fear and the press, subservient to the government, would offer hope by reporting ideologically nuanced interpretation of events. The process has already begun, the censorship is firmly in place, and will continue at a rapid pace. Websites like this will be shut down.

Anyone who hoped that CNN would “keep them honest” must be greatly disappointed. The mainstream media, whose opposition to the Republicans and capitalism is a permanent part of the current political landscape, take pride in unmercifully vilifying anyone who genuinely dissented from the socialists’ views and policies. No lie is too big to tell, no premise too outrageous to promote. Duplicity permits itself no boundaries. Ironically, liberals who for two centuries have fought for the freedom of speech, do not condemn censorship; they enthusiastically support it.

In the words of Bolshevik Nikolai Bukharin:

“We asked for freedom of the press, thought, and civil liberties in the past because we were in the opposition and needed these liberties to conquer. Now that we have conquered, there is no longer any need for such civil liberties.”

Any notion that the Republicans in this environment may reverse the process by winning the mid-term elections in 2022 is pure fantasy. Unfreedom of the press, suffrage to foreigners, vote harvesting, and mail-in ballots are just a few known elements of the Democrats’ system for organizing elections.  In the next four years, most of the Republican officials running for reelection, governors, senators, state representatives, etc. will be wiped out at the polls and replaced by the Democrats.

Neither education nor life experience has prepared Americans for grasping the epochal shift that took place this November. It is not surprising. From ancient times, the most tragic events of history have been triggered by people who, despite the obvious, failed to forecast the future. Events of the utmost significance, even utterly obvious, are often ignored because they conflict with the prevailing wisdom and the preconception that we are not stupid, it cannot happen to us, to our people, to our country. But people in countries that had firsthand experience with Salvador Allende in Chile, Hugo Chavez in Venezuela, Fidel Castro in Cuba, and communist regimes in the Soviet Union and China, had no trouble deciphering the genuine meaning of the events. The most popular joke in Moscow nowadays is “democratic elections are elections in which the vote count continues until the Democrats win.”

Heartbreakingly, Americans have watered down their genes and were not able to “keep it,” in Franklin’s famous phrase. American idealism is now bankrupt and in decline. The foundation of our democracy is crumbling, and our institutions and guiding principles are falling apart. Our Republic as   conceived by the Founding Fathers is now a “phantasm.” A blanket of tyranny and fanaticism is covering America.

Alexander G. Markovsky is a senior fellow at the London Center for Policy Research, a conservative think hosted at King’s College, New York City, which examines national security, energy, risk-analysis and other public policy issues. He is the author of Anatomy of a Bolshevik and Liberal Bolshevism: America Did Not Defeat Communism, She Adopted It. Mr. Markovsky is the owner and CEO of Litwin Management Services, LLC. He can be reached at info@litwinms.com