By Dave Boyer |The Washington Times 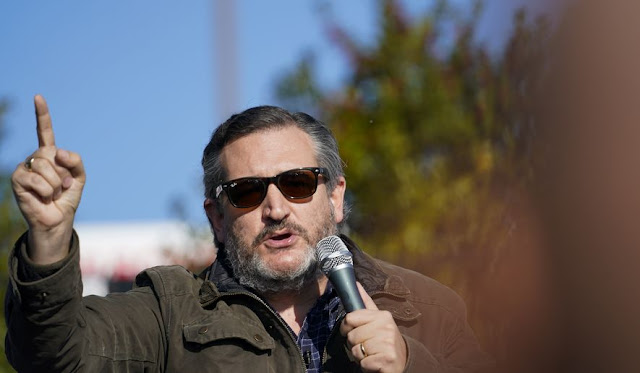 A group of Republican senators and senators-elect led by Sen. Ted Cruz of Texas pledged on Saturday to object to the congressional certification of President-elect Joseph R. Biden’s Electoral College votes next week unless Congress approves an emergency 10-day audit of the results by an election commission.

“Voter fraud has posed a persistent challenge in our elections, although its breadth and scope are disputed. By any measure, the allegations of fraud and irregularities in the 2020 election exceed any in our lifetimes,” the lawmakers said in a statement.

They said Congress “should immediately appoint an Electoral Commission, with full investigatory and fact-finding authority, to conduct an emergency 10-day audit of the election returns in the disputed states.”

Their announcement brings to a dozen the number of GOP senators and senators-elect to defy Senate Majority Leader Mitch McConnell of Kentucky, who has urged his colleagues not to contest Mr. Biden’s winning vote total.

Mr. Cruz is being joined in the effort by Republican Sens. Ron Johnson of Wisconsin, James Lankford of Oklahoma, Steve Daines of Montana, John Kennedy of Louisiana, Marsha Blackburn of Tennessee, and Mike Braun of Indiana. Also taking part are Sens.-elect Cynthia Lummis of Wyoming, Roger Marshall of Kansas, Bill Hagerty of Tennessee and Tommy Tuberville of Alabama.

“And, in both 1969 and 2005, a Democratic Senator joined with a Democratic House Member in forcing votes in both houses on whether to accept the presidential electors being challenged,” they said.

They want Congress to appoint an Electoral Commission to conduct a 10-day emergency audit of the election returns in states where the results are disputed. That timetable means a review could conceivably be completed before Inauguration Day on Jan. 20.

The senators said in their statement that the 1876 election between Samuel J. Tilden and Rutherford B. Hayes involved a similar level of fraud allegations in multiple states.

“In 1877, Congress did not ignore those allegations, nor did the media simply dismiss those raising them as radicals trying to undermine democracy,” the lawmakers said. “Instead, Congress appointed an Electoral Commission — consisting of five Senators, five House Members, and five Supreme Court Justices — to consider and resolve the disputed returns.”

They said, “We should follow that precedent. …Once [the audit is] completed, individual states would evaluate the Commission’s findings and could convene a special legislative session to certify a change in their vote, if needed.”

Without such an emergency review, they said, they will vote against the certification of Mr. Biden’s victory.

“Accordingly, we intend to vote on January 6 to reject the electors from disputed states as not ‘regularly given’ and ‘lawfully certified’ (the statutory requisite), unless and until that emergency 10-day audit is completed,” they said. “These are matters worthy of the Congress, and entrusted to us to defend. We do not take this action lightly. We are acting not to thwart the democratic process, but rather to protect it. And every one of us should act together to ensure that the election was lawfully conducted under the Constitution and to do everything we can to restore faith in our Democracy.”

A group of House Republicans led by Rep. Mo Brooks of Alabama announced weeks ago an effort to object to Mr. Biden’s votes from swing states. The president has been strategizing with that group.

The House and Senate would need to agree to reject a given state’s slate of presidential electors. If Mr. Biden’s electoral vote total of 306 was reduced below 270, the number needed to win the presidency, the Democratic-led House would choose the next president.

Mrs. Blackburn and Mr. Hagerty of Tennessee said in a joint statement that they are taking the action “without any reservation.”

“Since November 3, hardworking men and women from across Tennessee have contacted us to justifiably express anger and concern that some states conducted the recent election in a manner that did not respect the rule of law and may have violated many of their state constitutions as well as Article II of the U.S. Constitution,” they said. “Many are concerned about the sanctity of the one-person, one-vote guarantee.”

They said the nation’s founders “understood that it is ultimately the people’s job to preserve the sanctity of these most fundamental American systems, and so they charged the people’s representatives in Congress with a specific role in the process. We plan to exercise that role fully in the new Congress.”