No Longer A Republic. 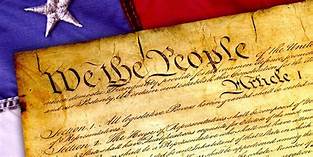 History will mark 2020 as the year the United States ended its experiment as a Constitutional Republic.

There is no excuse for the violence that occurred at the nation's Capitol yesterday. Violence is never the answer. However, the real shock is that anyone who has lived in the real world for the last four years is surprised that it took place.

The only place in America that was more lawless than Capitol Hill were the streets of Democrat-run cities burned to the ground without any reproach by the local governments.

And with it all, Americans participated in the sacred and honored tradition of the American election system.  But when questions regarding fairness and validity of the results were asked, the establishment shut down all avenues for recourse. It seemed like a vast coverup of the great election swindle.

How should 74 million American citizens feel when they have legitimate reasons to believe that a well-orchestrated theft negated their votes? According to the powers that now control the country they should just - "shut up."

So America is no longer a Constitutional Republic. It is something else. As a country, we can either admit that fact or bury our heads in the sand and play pretend. But wise men knew that lawlessness and a break from the Constitution would ultimately be the country's demise.

Abraham Lincoln said, "At what point, then, is the approach of danger to be expected? I answer, if it ever reaches us, it must spring up among us. It cannot come from abroad. If destruction be our lot, we must ourselves be its author and finisher. As a nation of freemen, we must live through all time or die by suicide." 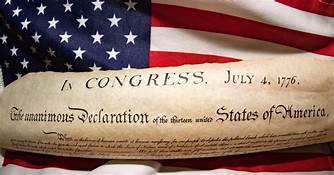 Image: The Declaration of Independence
The swamp pulled out all the stops and flagrantly stole a Presidential election in its desire to survive. In doing so, it also ended the need for future elections.  Americans now know their vote does not count.

Hence, there is no way Trump or any other person not intimately connected to the swamp will ever be elected again.  America is official without an honest election process, and there is no way the average American can have a say as to who runs the nation. The system is openly and blatantly rigged.

It's not a shock that the swamp would attempt to steal an election. The surprise is that once caught red-handed, nothing happened.

Americans witnessed video evidence of the theft but were told it didn't exist.

Americans saw publicly sworn testimony of the theft given by brave American citizens and were told that they were all liars.

In the end, 74 million American people stood up to be counted but were shut down.  We now realize the bitter truth and the harsh reality that the country is without justice. America is no longer a Constitutional Republic.

Morally corrupt individuals destroyed the U.S. Constitution for four years.  The Department of Justice stood by and did nothing. The swamp was helped by a pretend media that only spewed out destructive propaganda.

And so, millions of Americans will watch as a fraudulent transference of power is handed over to a thief.