﻿If Twitter is Banning People for “Inciting Violence”...They Might Want to Take a Look at THIS Video 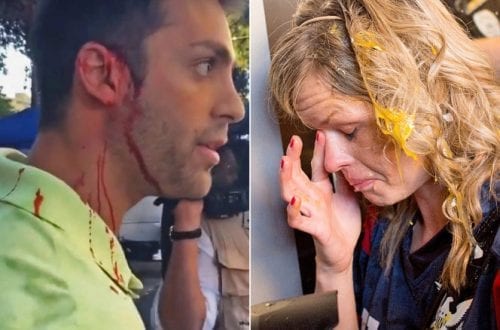 After Twitter banned President Trump for two harmless tweets they say could have incited violence, there have been calls for bans on other Trump supporters. Where does Twitter draw the line? It’s hard to say because it all depends on what side of the aisle you’re on politically. The truth is that Trump supporters have put up with beatings and abuse since the 2016 campaign. Who could forget the violence against Trump supporters who attended rallies in 2016? 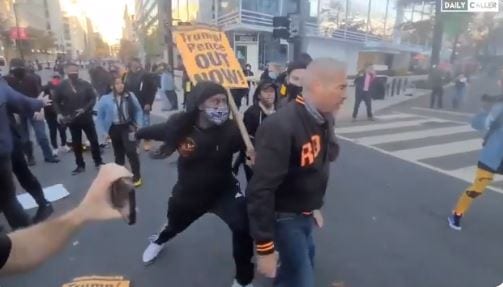 More recently, Trump supporters were attacked after Trump rallies in DC before the election.

Even though the media has hijacked the narrative, President Trump did nothing during his speech in DC to incite the crowd. Don’t believe us? Listen to the entire speech. It’s mainly President Trump going over the voter fraud in the 2020 election. He NEVER said anything to encourage violence.

Now, Twitter banned him for the two tweets below:

“The 75,000,000 great American Patriots who voted for me, AMERICA FIRST, and MAKE AMERICA GREAT AGAIN, will have a GIANT VOICE long into the future. They will not be disrespected or treated unfairly in any way, shape, or form!!!”

“To all of those who have asked, I will not be going to the Inauguration on January 20th.”

We’re guessing it’s just fine for threats to come from Democrats or activist reporters because Twitter’s CEO Jack Dorsey agrees with these threats.

It’s also ok for violent activist groups like BLM and Antifa to stay on Twitter after they terrorized towns across America: 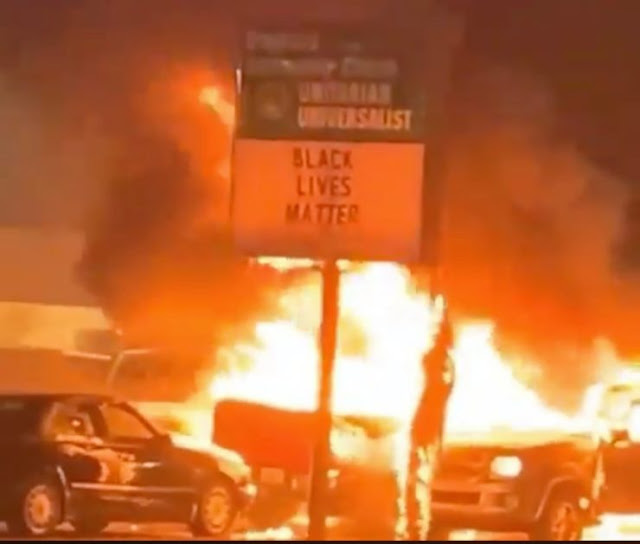 The complete media blackout on the violence that continues in cities like Portland and Seattle has kept the truth from the people about these violent America haters. 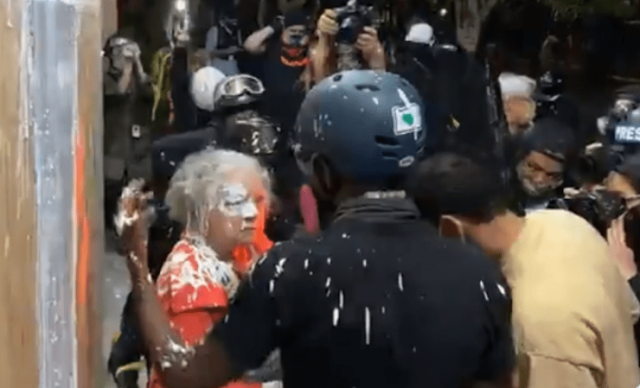 This is much more than one-sided. It’s dangerous to ALL Americans. Don’t think they won’t come for you next.

Who doesn’t see the hypocrisy of the left when they call for silencing Trump supporters? Aren’t they doing exactly what they claim the right is doing by shutting down the right to free speech of their fellow Americans? Who are the fascists now?

The New York Times is reporting that Nancy Pelosi asked Pentagon officials for “a military coup.”

In a phone call to the chairman, Gen. Mark A. Milley, Pelosi asked Pentagon leadership to “remove Mr. Trump from his authorities as the commander in chief.”  That could be accomplished by ignoring the president’s orders or slowing them by questioning whether they were issued legally.

To his credit, General Milley at the Pentagon appears to have made no such commitments. Unless the cabinets invokes the 25th Amendment or congress convicts Mr. Trump through impeachment in both the house and senate, it is unconstitutional to defy legal orders from the commander in chief.  Yet, Nancy Pelosi wants to do it anyway, and would do so if not checked by constitutional leadership.

“As long as President Trump is commander in chief, then one of the highest-priority missions the military has is maintaining connectivity between him and the nuclear arsenal, and I expect that is what they are doing and will continue to do until Inauguration Day,” said Peter D. Feaver, a professor of political science at Duke University who has studied the armed forces.

“This is a good example of people asking the military to solve a problem that is not the military’s to solve,” he added. “If Congress believes that President Trump should not have access to the nuclear codes, then Congress has the capacity to make that happen through impeachment.”

This gives you insight into the corrupted minds of establishment politicians.  They do not care about the sanctity of the Constitution or the principles it uniquely enshrines for Americans. If you give them the power, they will seek to undermine every constitutional principle imaginable.  It is quite reasonable to believe that people like Pelosi would seek to appoint generals who would allow them to commit such unconstitutional acts while, at the same time, trying to rewrite constitutional rules to codify their theft of America’s principles.

We must not let them usurp such power.

HERE WE GO: Pelosi Formally Supports Another Impeachment; Will Begin Process On Monday 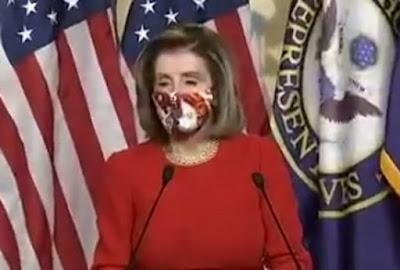