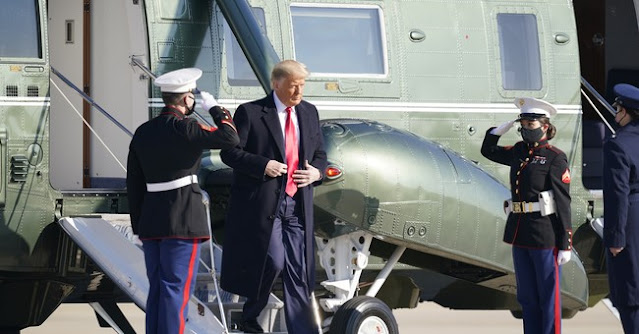 President Trump was impeached yesterday by a mostly party-line vote. Ten House Republicans did cross the picket line to back the Democratic Party’s unhealthy fetish with impeaching this president. They did it using the Russian collusion hoax and now with this riot that erupted on Capitol Hill last week. The chaos occurred on January 6 when Congress was certifying the 2020 Electoral College results. Pro-Trump supporters stormed the US Capitol. Five people died. It renewed an impeachment push from Democrats. More Republicans were going to back it. In the Senate, Mitch McConnell reportedly is not all that upset over the move and did not rule out convicting the president. Did Trump mean to urge his supporters to storm the Hill? No. But it doesn't take much after a contentious election with mountains of voter fraud allegations and years of populist rage to create a situation for things to boil over.

So, after the articles were passed after a day of political theater from these clowns, we're getting reports that this whole incident may have been pre-planned. Yes, our great and hopelessly anti-Trump FBI finally came in promptly to drop this development after the Democrats had set this "remove Trump" train into motion. And of all outlets, CNN was the one to report on it.

Evidence uncovered so far, including weapons and tactics seen on surveillance video, suggests a level of planning that has led investigators to believe the attack on the US Capitol was not just a protest that spiraled out of control, a federal law enforcement official says.

Among the evidence the FBI is examining are indications that some participants at the Trump rally at the Ellipse, outside the White House, left the event early, perhaps to retrieve items to be used in the assault on the Capitol.

A team of investigators and prosecutors are also focused on the command and control aspect of the attack, looking at travel and communications records to determine if they can build a case that is similar to a counterterrorism investigation, the official said.

But wait, Congress is moving to impeach Trump on the basis that he incited the riot and fomented an insurrection, right? That was the allegation lobbed by the Left. But this development at the FBI sort of torpedoes the incitement aspect of the narrative, no? There’s a host of nutty stuff going on here. We have Democrats alleging Republican members of Congress gave these Capitol Building rioters "reconnaissance" tours prior to the January 6 rally. We have some alleging that Capitol Police were involved. It’s an inside job — all of this is being lobbed without any evidence. Will something be found to corroborate any of this? Maybe — but as of now, you simply cannot toss out allegations that explosive without proof. One could argue that’s peddling…conspiracy theories. Either way, it could be that the entire narrative behind impeaching Trump just got gutted — but it doesn’t matter. First, Trump is gone in less than a week. Second, while there will be more GOP votes in the Senate for a conviction, it won’t reach the two-thirds majority and Trump will be able to run again in 2024.