Unity Watch: Sorry President Biden, the Honeymoon Is Over Before It Even Started 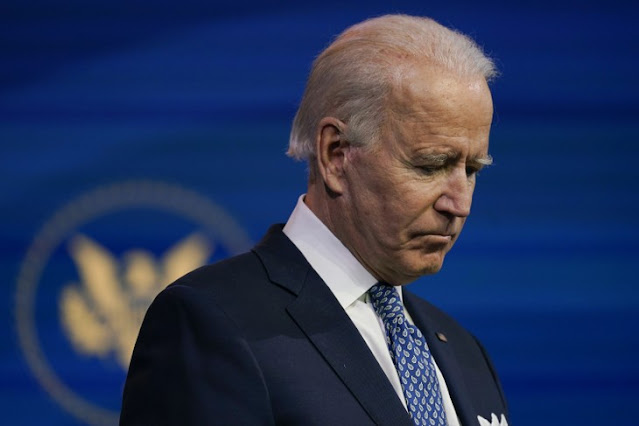 Most of the time, a new president gets at least a short honeymoon period. President Joe Biden is not so lucky. His approval is already underwater at -2 in Rasmussen’s Daily Presidential Tracking Poll. Usually, the country settles down after the election and gives the nation’s new leader the benefit of the doubt. Even President Trump entered the Oval Office with a +2 approval rating, which increased through the end of January 2017. President Obama went in at +8 in 2008.

It was a whirlwind of activity for President Biden in his first 72 hours. He signed an executive order to allow biological men and boys to enter women’s spaces and compete with them directly in employment, education, and sports. With the stroke of the pen, he killed the Keystone XL pipeline and even reversed President  Trump’s prohibition on the Chinese Communist Party’s involvement in the U.S. power grid.

The world is also getting more dangerous with alarming speed. China has breached Taiwan’s Air Defense Zone with multiple bombers and fighter jets. We have seen continuing riots in Portland and now one in Bellingham, Washington. Biden ended the so-called “Muslim Ban,” which actually restricted travel from several countries that provide material support for terror or don’t have the ability to vet their citizens. And ISIS just claimed responsibility for an attack inside Baghdad.

The last three days have been like drinking from a firehose as the Biden administration works to erase everything since 2016 as quickly as possible. While there is no way to find out how Americans feel about the full range of issues, Rasmussen has polled a few.

Sixty percent of Americans are expecting fuel prices to rise under President Biden. A rise in crude oil prices is already increasing costs at the pump in Texas, and they will likely trend up nationwide. While this increase will hit personal finances, rising energy prices will also make American manufacturing less competitive globally. The trend will worsen when Biden increases the amount of environmental regulation. The same poll shows that 51% of likely voters oppose Biden’s decision to cancel the Keystone XL pipeline. This number includes 58% of non-affiliated voters and more than three out of four GOP voters.

There is also news that a migrant caravan from Honduras is heading to the U.S. border because of Biden’s stated goal of providing amnesty and a 100-day pause in deportations. By a 2-1 margin, likely voters want the caravan stopped at the U.S. border. This is unlikely to happen since President Biden has already reversed the “Remain in Mexico” policy negotiated by the Trump administration. That policy kept our border facilities from being overwhelmed while migrants awaited their court hearings. The Biden administration will probably return to the disastrous “catch and release” policy of the Obama administration in short order.

Two days before the inauguration, 72% of likely voters told Rasmussen they felt the country is on the wrong track. That was a five-point bump from the previous week. It’s hard to imagine how the Biden administration will turn these trends around. So far, they have made a hard left turn on almost every policy move with radical positions that most Americans do not support. This team has many members from the Obama administration who never had a problem making a policy or passing a law that didn’t have majority support.

Are you tired of all the unity yet?