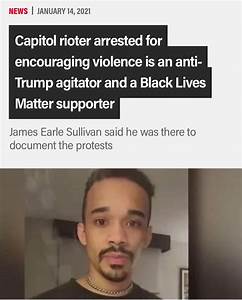 James Earle Sullivan said he was there to document the protests - Image Source: YouTube screenshot

A Utah man arrested for his part in the rioting at the U.S. Capitol admitted that he was not a Trump supporter but in fact an anti-Trump activist.

John Earle Sullivan told KUTV after the riot that he is the founder of Insurgence USA, and that he does not align with the president politically. He said that he founded Insurgence USA after the killing of George Floyd while in police custody in Minneapolis, Minnesota.

The mission statement of the group on their website said that they sought "the unification of our nation because a people united will never be divided."

Sullivan told KUTV that he was in the Capitol in order to document several protests. But he also admitted that he entered into the Capitol building through a window.

Once inside, federal prosecutors allege that he shouted for more violence.

The affidavit for Sullivan's arrest documents his actions on the day of the rioting from the footage that Sullivan himself took and posted. It claims that he encouraged the violence as he documented it:

After the crowd broke through the last barricade, and as SULLIVAN and the others approach the Capitol Building, SULLIVAN can be heard in the video saying at various points: 'There are so many people. Let's go. This s--- is ours! F--- yeah,' 'We accomplished this s---. We did this together. F--- yeah! We are all a part of this history,' and 'Let's burn this s--- down.

In video obtained from Insurgence USA by KSTU-TV, Sullivan says to the camera that he is a supporter of Black Lives Matter.

After the rioting, Sullivan was invited onto CNN to discuss what he witnessed at the U.S. Capitol.

Sullivan was arrested and charged with entering a restricted building or grounds, "civil disorders," and violent entry or disorderly conduct.

He is scheduled to appear before court on Friday in Utah. 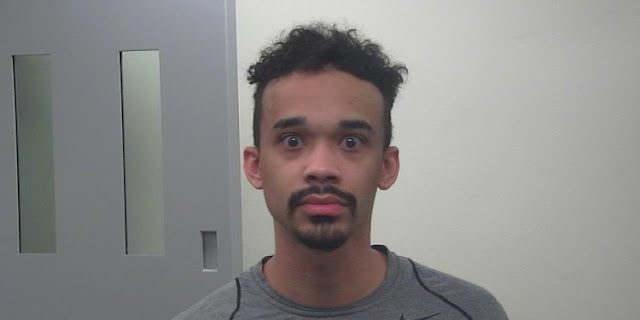 The Utah Black Lives Matter "activist" has been bragging about his involvement in instigating the Capitol riots. Now, he's been arrested.

The deadly riots at the Capitol last week that have sparked Big Tech cancelations and prompted another impeachment of President Trump were instigated in part by Black Lives Matter and Antifa “activists,” according to multiple media reports. One of the highest profile suspects, John Earle Sullivan from Utah, has been arrested.

He was there and documented the murder of Ashli Babbitt, who was shot in the neck by law enforcement. His arrest warrant, available here, lists three reasons for probable cause:

1.      committed or attempted to commit, any act to obstruct, impede, or interfere with any fireman or law enforcement officer lawfully engaged in the lawful performance of his official duties incident to and during the commission of a civil disorder which in any way or degree obstructs, delays, or adversely affects the performance of any federally protected function;

2.      did knowingly enter or remain in any restricted building or grounds without lawful authority, or did knowingly, and with intent to impede or disrupt the orderly conduct of Government business or official functions, engage in disorderly or disruptive conduct, and

3.      did willfully and knowingly engage in disorderly or disruptive conduct, at any place in the Grounds or  in any of the Capitol Buildings with the intent to impede, disrupt, or disturb the orderly conduct of a session of Congress or either House of Congress, or the orderly conduct in that building of any deliberations of either House of Congress. Specifically, on or about January 6, 2021, SULLIVAN knowingly and willfully joined a crowd of individuals who forcibly entered the U.S. Capitol and impeded, disrupted, and disturbed the orderly conduct of business by the United States House of Representatives and the United States Senate.

Mainstream media reports have, from the start, claimed that the riots were initiated entirely by supporters of President Trump. Moreover, they have gone so far as to doctor a video to support the contention of Democrats and even some Republicans that the President sparked the attack by calling on his supporters to storm the Capitol.

Mainstream media reports have, from the start, claimed that the riots were initiated entirely by supporters of President Trump. Moreover, they have gone so far as to doctor a video to support the contention of Democrats and even some Republicans that the President sparked the attack by calling on his supporters to storm the Capitol.

According to Information Liberation, Sullivan was filmed instigating the attack on the Capitol.

One America News reporter Jack Posobiec said on Twitter, “According to the FBI, anarchist John Sullivan told police officers to stand down in the Speaker’s Lobby, then agitated the crowd to attack the doors and windows while he filmed. Moments later Ashley Babbitt was shot and killed.”

Sullivan was a guest on CNN after the riots that left between four and six people dead. The circumstances surrounding the deaths of two police officers are still being investigated. Some media outlets have reported that they did not die as a result of injuries sustained at the riots on January 6.

This story will be buried by mainstream media and suppressed by Big Tech. The arrest of John Earle Sullivan, a known Black Lives Matter leader and provocateur, belies the accepted narrative that Trump-supporters alone caused the riots.