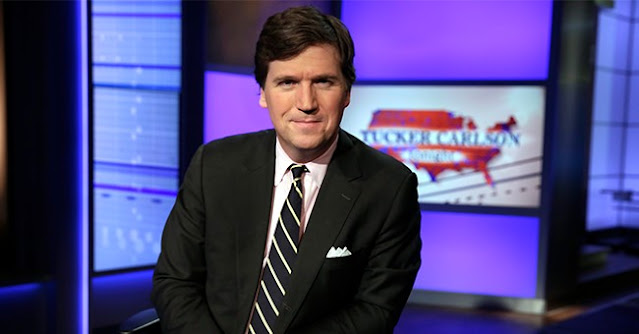 In his opening monologue on Monday, Fox News’s Tucker Carlson said the Democratic Party is using the militarization of the nation’s capital as a clear political weapon.

There will reportedly be more than 26,000 federal troops—something Carlson said “no living American has seen” before.

He used the historical examples of when 13,600 federal troops and the D.C. Army National Guardsmen were sent to Washington by Lyndon Johnson after MLK Jr.’s assassination, and during the Civil War era when there “were fewer federal troops protecting Washington, D.C., than there are right now.”

The move comes after a Jan. 6 riot at the U.S. Capitol Building, which is being viewed by political leaders as “much worse than any of that.”

But why, Carlson wondered.

He pointed to the elevated murder rate in D.C. over the last six months even as the district has “the highest per-capita law enforcement presence in the country and one of the highest in the world.”

Thus, it’s not about safety, he argued.

“Instead, unmistakably, the Democratic Party is using those troops to send the rest of us a message about power: ‘We're in charge now. We run this nation, from Honolulu to our colony in the Caribbean and everywhere in between, very much including where you and your family live. Do not question us men with guns. We control the Pentagon.’ And indeed, they do,” he said.

Republicans have spent years ignoring the leftward drift of our officer corps, but we can't ignore it now. The mask is off our military leadership. The very same generals who howled at the idea of deploying American troops to stop an invasion of our southern border sent tens of thousands of soldiers with rifles to Washington purely as a show of force on behalf of the political party they support. Once they did that, they allowed Democratic politicians to degrade and politicize the military itself.

Democrats in Congress demanded that the troops sent to Washington this week submit to a political purity test -- "ideological vetting, as they put it -- to make certain that every soldier professed loyalty to the new regime. Not loyalty to our country, not loyalty to our Constitution, but loyalty to the aims of a specific political party. Nothing like that has ever happened in America and just a few months ago, it would have been unimaginable. Suddenly it's compulsory.

He argued if an “irreparable civil conflict” is what they want to stoke, this is how to do it. And Republicans aren’t even pushing back. He said his program received no calls from GOP lawmakers asking to talk about the militarization of D.C.

“The Democratic Party is using the military of the United States as a political weapon. But Republicans in Congress just can't be bothered to notice that,” he said, adding that Pentagon officials haven’t “resigned in protest” over it, either.

Instead, there are examples of former military colonels calling for “a domestic war on sedition by American terrorists.”

America will not return to normal once Biden is sworn in—“something awful has been unleashed on our country.” If nothing is done about it, something worse will come, he said.