Poll: Republicans Overwhelmingly Side with President Trump over Mitch McConnell 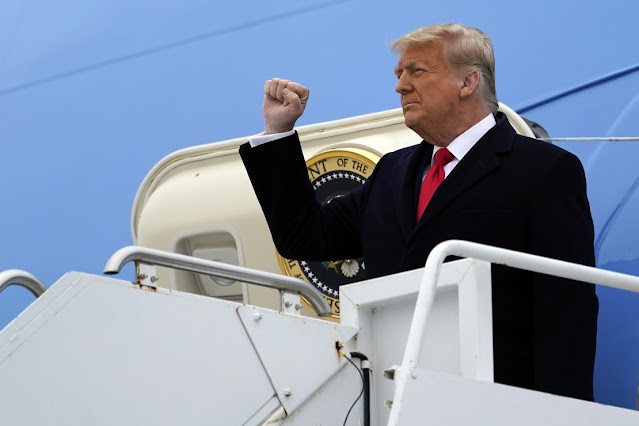 The poll showed that 62 percent of Republicans think Trump was right to contest the election results and an even higher 69 percent do not blame him for violence at the Capitol last week.

The poll also showed that only 42 percent of Republicans approved of the recent behavior of McConnell, versus 63 percent for Trump.

Why it matters: The survey shows why Trump could run again in 2024 (and possibly win) if he isn’t convicted — or banned from holding federal office — by the Senate. It also shows the peril and opportunity for institutionalists like McConnell trying to reclaim the GOP.

The Trump Republicans are still large enough of a group to either stay and dominate primary politics or walk away if Trump is cast out, which would weaken the GOP’s force against Democrats.

McConnell has said he has not yet made up his mind whether he would vote to impeach Trump, despite reporting that he was in favor of it.

A House vote to impeach Trump passed because of Democrat support but was a flop among Republicans, with only ten GOPs led by Rep. Liz Cheney (R-WY) voting to impeach. Cheney now faces mounting calls for her resignation as the GOP conference chair.

The poll showed very little appetite for removing Trump among Trump Republicans — one percent — and among traditional Republicans — about one in four. 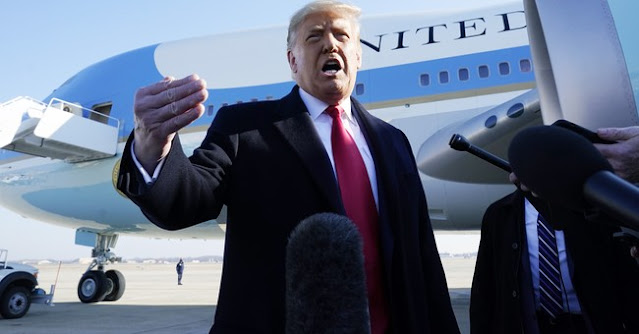 The 2016 election showed the gulf between the GOP base and its leadership in Congress. The base didn’t want Mitt Romney or Paul Ryan anymore. They wanted something new. Donald Trump zeroed in on the issue that the base was truly passionate about, which was immigration. There were others, but Trump getting on that narrative first catapulted him to the top of the GOP field. The base wanted fair trade deals; there was an increased skepticism on free trade. The GOP leadership was the opposite.

As we leave 2020, it’s now a fact that the GOP is Trump’s party. Trumpism is here to stay, and there’s not much that can be done about it. For starters, it’s not like there’s much of a difference between this right-leaning populist variant and the traditional conservative Republican agenda. Both sides want a smaller government, fewer taxes, and less regulation. They want economic growth. They want a strong national defense. They’re both against the authoritarian political correctness ethos. They’re for school choice. They may differ on criminal justice reform, tariffs (though that was mostly a negotiating tactic with the Chinese), and some aspects of the America First doctrine, but overall both wings overlap a lot. Oh, and both sides want a conservative judiciary. I don’t see where the massive divide is here. On foreign policy, Trumpism is averse to nation-building and long protracted wars. The horror!

It’s also an ideology that has brought millions more into the GOP camp concerning those who have never voted before. The GOP of old is gone. Dead. It’s over. To use a quote from "The Mandalorian," "This is the way."

It’s why Sen. Mitch McConnell’s somewhat aggressive support for the Democratic impeachment push over the Capitol Hill riot is fraught with danger. The base isn’t leaving Trump. In fact, it wants GOP politicians to be more like the president. Even after the chaotic scene last week, where five people died, the base isn’t leaving the 45th president. Ninety-one percent of GOP voters are still dedicated to making America great again (via Washington Examiner):

An overwhelming majority of President Trump supporters surveyed by pollster Frank Luntz over the weekend said they’d still vote for the president again despite last week’s riot on Capitol Hill.

“Despite their criticism of his conduct since November 3rd and last week,  Trump voters say they’d still vote for him if another presidential election were held today,” Luntz tweeted Monday.

Okay, I get it. They’re Trump voters. They’re not leaving, but other polls are also showing the changes that have occurred in the base. When it comes to choosing between Mitch McConnell and Trump, GOP voters break for Trump. It’s not shocking at all. It’s why McConnell’s alliance with Senate Democrats here on impeachment could be a monumental blunder. Does the Capitol Hill riot change the situation? No. As of now, and as it will be until the next election in 2024, Donald J. Trump is bound to be the nominee should he decide to run again. Also, the so-called Trump Republican wing is numerous in their millions — and has the ability to truly chop the more traditional GOP at the knees if the latter does stuff like, I don’t know — support the impeachment of Donald Trump (via Axios):

Big majorities of Republicans still think Trump was right to challenge his election loss, support him, don’t blame him for the Capitol mob and want him to be the Republican nominee in 2024, Margaret Talev and David Nather write.

The survey shows why Trump could run again in 2024 (and possibly win) if he isn't convicted — or banned from holding federal office — by the Senate. It also shows the peril and opportunity for institutionalists like McConnell trying to reclaim the GOP.

In addition, it helps explain why a majority of House Republicans voted against certifying the election, and against impeachment.

The Trump Republicans are still large enough of a group to either stay and dominate primary politics or walk away if Trump is cast out, which would weaken the GOP's force posture against Democrats.

Sorry, Never Trumpers, but this populist wave is going to be sticking around for a long time. You can’t purge this wing. It’ll be political suicide.