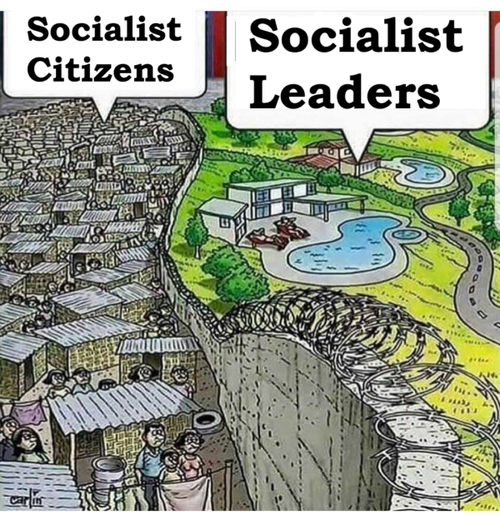 Based on the events over the last year (especially the last few months) I am concerned that America as we know it might not survive Democrat control of the Presidency, the House, and the Senate. For this reason, I would like to ask you another question about the mood you observe in the Swamp:

Does the Swamp understand and intend the path it is on, or is it simply acting on its hate for Trump, his associates, and his supporters, without any concern for the ultimate consequences?

Based on their pattern of recent actions, Democrats and their supporters seem intent on imposing more totalitarian control over our country, similar to that of the Communist Party over China. Perhaps, this is accidental, due to the Swamp’s allowing its hate to drive its actions. However, it could be intentional, based on Biden’s campaign slogan of “Build Back Better,” aka the “Great Reset.

o       Democrat-run states and cities, using the excuse of COVID-19, have asserted their right to determine which citizens can work, study, worship, travel, leave home, etc., and which cannot.  Most Democrat-run areas of the country have been locked down under the arbitrary rules since March, 2020.  In some ways, this is worse than China where, although some groups (e.g. Uyghurs, Tibetans, Christians, Falun Gong) and some individuals (e.g. Jimmy Lai, Jack Ma, Ai Weiwei) have been subjected to severe lockdowns, most of the populace has not.

o       Democrat-affiliated mainstream and social media have been censoring actual news (e.g. the Biden family’s corruption), and have been generating fake news (e.g. Trump’s collusion with Russia).  In other words, they have become purveyors of propaganda.  For example, regarding COVID-19, the media, politicians, and medical professionals have politicized healthcare by hiding empirical data, ostracizing those who disagree (e.g. Scott Atlas), and propagandizing false narratives.  Totalitarian control of information has been key element of Communist rule in China since its beginning.

The first impeachment was because Trump inquired about Biden family corruption (currently under FBI investigation) during a telephone call, which failed to meet the constitutional standard of “high Crimes and Misdemeanors.”

The second was because Trump gave a speech just seven days earlier on the same day the Capitol was entered by a violent mob — an event which are still being investigated. Americans still do not know what actually happened at the Capitol, when it happened. If while Trump was still speaking, his speech could not have been responsible.

Whether it was pre-planned (if it was, his speech could not have been responsible), who actually committed the illegal acts (BLM and Antifa were at the Capitol, and several Capitol police officers have been suspended for their roles), etc.

This rush to impeach with few established facts is a Communist-style show trial more appropriate to Alice in Wonderland (“sentence first, verdict afterwards”) than to the America I once knew.

o       Democrats and their fellow travelers have persistently persecuted other Americans on the basis of their identities (e.g. white, male, Evangelical, Jew, rural, conservative, Trump supporter), and have sought redistribution of wealth and opportunities on this basis.

This is comparable to the Communist Party's persecutions (see Red Guards during the Cultural Revolution) of Chinese on the basis of their identities (e.g. landlords, capitalists, intellectuals, bourgeoisie) and corresponding redistributions.  In other words, Democrats' "socialism with American characteristics” is analogous to the "socialism with Chinese characteristics” celebrated in the Communist Party of China's Constitution.

o       Democrats have encouraged hundreds or even thousands of thugs (e.g. BLM, Antifa) to physically attack ordinary Americans.  For example, last June, Kamala Harris enthusiastically boasted that “protests” (her euphemism for riots) “are not going to stop,” warns "everyone beware,” and asserts protests/riots" should not stop” even after election day in November.

Moreover, she raised bail money for violent criminals, including rioters, who had been arrested.

Shockingly, at least 13 members of the Biden campaign staff also contributed to bailing out rioters.

Presumably, these released criminals will go out and riot, burn, loot, rape, and kill some more, thereby creating even more chaos to further Democrats’ political ends. Using thugs to intimidate and subdue ordinary people is a typical Communist tactic.  For example, China employed mobsters (e.g. Triads) to beat up ordinary people in Hong Kong in 2019 to crush the pro-democracy movement there.

o       Democrats in key battleground states appear to have rigged the November 3, 2020 and January 5, 2021 elections.  Despite substantial evidence of election fraud and other irregularities, this evidence has not yet been fully presented and tested in an appropriate forum.  Nevertheless, the evidence so far shows more than a prima facie case of wrongdoing. Thus, as recently as January 2-3, 2021, when 1200 registered voters were polled by Rasmussen, 64% of Republicans believed Trump was the legitimate winner of the 2020 election.

If the evidence ultimately reveals that Democrats stole elections key battleground states, then they will be seen as no better than Chinese Communists.  Although China holds many “elections," ordinary Americans understand that the Communist Party has a permanent, totalitarian grip on most aspects of Chinese daily life, and that elections cannot change this basic fact of Chinese life.

Because Democrats’ tactics today (particularly during the Trump administration) have become so similar to those employed by Communist China (and other totalitarian regimes), and because these tactics have already triggered a visceral negative reaction among many ordinary Americans. The half of the country that voted for Trump and will continue to support him.

If Kamala Harris and other Democrats continue to encourage their “woke” followers to commit violence against Trump supporters, or to destroy their livelihoods (through forced resignations, black listings, boycotts, lockdowns, etc.), I would not be surprised if ordinary Americans soon assert their rights to self-defense, to bear arms, and to “alter or abolish” any government that does not derive “just powers from the consent of the governed” (as stated in our Declaration of Independence).

As a result, violence could easily break out across our country (see 1968), which could last for years.

It took years for the Chinese Cultural Revolution to play out.  In the end, it was a strong personality, Deng Xiaoping, who eventually took charge and restored order.  In China, the Cultural Revolution began in 1966, and it was not until 1978 after Mao’s death in 1976 that Deng, who had been purged twice during the Cultural Revolution, was able to assert himself and become the new paramount leader at age 74.  He thereupon unleashed private sector capitalism (a counter-revolutionary act against Mao’s legacy) and restored the Chinese economy to historic greatness (in 1820, before its “century of humiliation," China’s economy was the largest in the world).

If America falls into similar disarray after Biden and Harris take office, the politician who might most resemble Deng might be Trump. Like Deng, Trump could easily be the one who emerges after being (unfairly) purged from power to take charge, restore order, and repair the economy, after years of Democrat chaos and mismanagement.  In 2024, Trump will be 78, not much older than Deng when he saved China.

Consequently, Democrats and the rest of the Swamp should be sure of the path they are taking. It might not lead to the destination they are seeking or expecting...

About the Ranter: That incomprehensible writer, Ross C. Hamilton, likes to rant on whatever is occupying his mind at the time, in lieu of anyone being foolish enough to let him write an opinion column. His crimes include assault and battery on otherwise innocent words and phrases. Ross is a compulsive writer and reader.