By Willis L. Krumholz | The Federalist 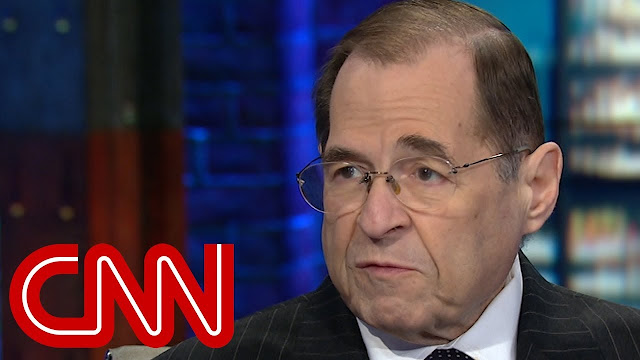 As their desperate search for collusion continues, Democrats want to interview 81 people. Try this list instead.

Funny how things change. The Washington Post couldn’t say a nice thing about congressional Republican efforts to investigate the Obama administration and FBI shenanigans that occurred before and after the 2016 election. That’s if they even covered these efforts at all.

But with Democrats controlling the House, and that legislative body’s subpoena power, the establishment media’s line has changed. Democrats on the House Judiciary Committee have just sent letters to 81 people, all associated with President Trump or the Russia probe, demanding answers on Russian election interference.

This is part of Democrats’ effort to continue their hunt for proof of Russia collusion—although they are already sure that Trump is guilty—as Special Counsel Robert Mueller’s investigation appears to be winding down. To cover these events, the Post’s Philip Bump wrote an article titled: “The 81 people and organizations just looped into the Trump probe—and why they were included.” Of course, the article is totally unquestioning of the House Democrats’ desired narrative and motivations.

Investigated, But Not for the Reasons Dems Give

It isn’t worth it to go through Bump’s whole article, but even the commentary about the first name on the list—Rinat Akhmetshin—omits glaring and important facts. Bump says Akhmetshin “joined his colleague Natalia Veselnitskaya, a lawyer linked to the Kremlin, at the June 9, 2016, meeting in Trump Tower predicated on providing information that would undermine Hillary Clinton’s campaign.” But, Bump says, “the focus of the meeting instead reportedly focused on the Magnitsky Act—a law that resulted in sanctions on numerous prominent Russians.”

Bump somehow forgets to tell us that Fusion GPS, the opposition research firm hired by Hillary Clinton to create nefarious ties between Trump and Russia, was working with Akhmetshin and Veselnitskaya to lobby for the Russian government. Fusion GPS even provided the documents that were handed out at that Trump Tower meeting. Fusion GPS head Glenn Simpson also met with the Russians both before and after that Trump Tower meeting. Yet Simpson isn’t on the Democrats’ list.

So there’s a few people on the Democrats’ list who should be investigated, but not for the reasons Democrats say. Some should also be charged with crimes.

The following all played a part in the stunning and successful effort by Hillary Clinton’s campaign to infect the executive branch of the federal government with Trump-Russia conspiracy theories. Various writings—either authored by a Brit with ties to the Kremlin who was indirectly paid by Clinton’s campaign, or directly written by Hillary Clinton cronies—were funneled into the federal government through multiple avenues.

Partisan Democrats in the Obama administration were all too willing to believe the allegations, and use them as an excuse for bad behavior whether they believed them or not.

The documents have been called “dossiers,” but that really just attaches a fancy term to a Word document full of unverified mumbo jumbo that alleged Trump-Russia collusion. Those Word documents were then used to spy on the opposing political party’s presidential campaign, and to plant stories in the media right before the election insinuating that Trump had nefarious ties with Russia.

Here are 36 people who should be interviewed under oath, if they have not been interviewed already, some of whom should be subjected to criminal prosecution.