Diamond and Silk Tell Kamala Harris: 'You Keep Your Reparations' 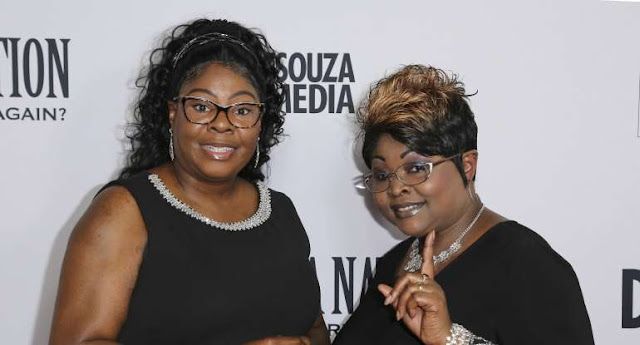 Lynnette Hardaway, left, and Rochelle Richardson, a.k.a. Diamond and Silk, arrive at the LA Premiere of "Death of a Nation" at the Regal Cinemas at L.A. Live on Tuesday, July 31, 2018, in Los Angeles. (Photo by Willy Sanjuan/Invision/AP)

Hardaway and Richardson emphasized their independence from identity politics, emphatically saying that they can think for themselves.

"What makes America great is through capitalism, how we can pull ourselves up by our bootstraps" she declared. "So we can live the American dream and not have to live through an American nightmare."

Hardaway addressed the issues of immigration and abortion in one powerful phrase.

The pair praised America as "the greatest country on earth," and firmly defended the Constitution against Democrat efforts to change it.