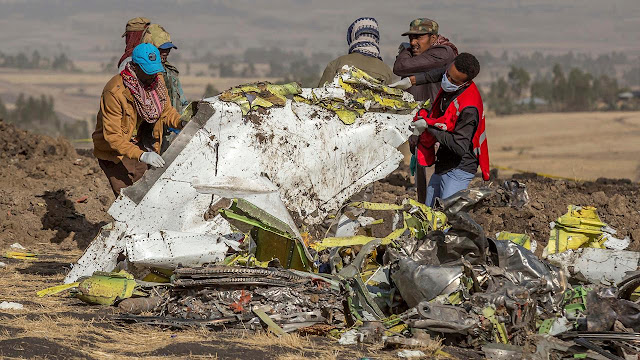 Britain has joined the likes of Australian and Chinese aviation authorities to temporarily suspend the use of the Boeing 737 Max aircraft following the deadly crash of one of the planes in Ethiopia.

The UK Civil Aviation Authority said in a statement Tuesday that it grounded the aircraft as a precautionary measure “issued instructions to stop any commercial passenger flights from any operator arriving, departing or overflying UK airspace.”

The Federal Aviation Administration (FAA) said on Monday it will continue to trust and use the aircraft, but the U.S. aviation authority said it’s investigating Ethiopian Airlines Flight 302 and its crash on Sunday that killed 157 people.

“The FAA will issue a Continued Airworthiness Notification to the International Community (CANIC) for Boeing 737 Max operators. The FAA continuously assesses and oversees the safety performance of U.S. commercial aircraft. If we identify an issue that affects safety, the FAA will take immediate and appropriate action,” the statement said. 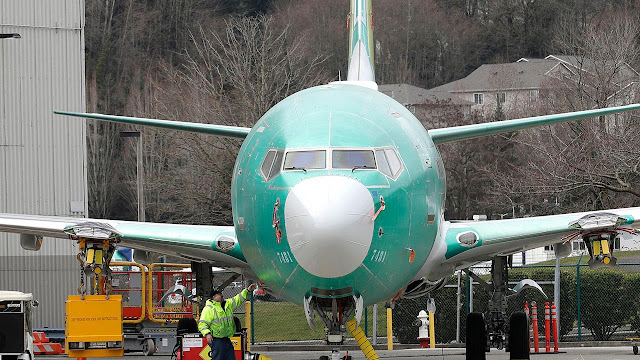 This came as multiple countries and airlines stopped using the Boeing aircraft in response to the crash, including Britain, Australia, China, Indonesia, Singapore, and Malaysia.

Hours before the UK's announcement, Malaysia also banned Boeing 737 Max aircraft from flying to or from Malaysia and transiting in Malaysia until further notice.

Norwegian Air Shuttle, meanwhile, said it has grounded the Boeing  on recommendation from European aviation authorities. The Norwegian carrier has 18 of the planes.

Australia’s Civil Aviation Safety Authority announced the move to suspend the operation of Boeing 737 MAX aircraft from or to the country on early Tuesday morning as well, Reuters reported.

“This is a temporary suspension while we wait for more information to review the safety risks of continued operations of the Boeing 737 MAX to and from Australia,” Australia’s Civil Aviation Safety Authority CEO Shane Carmody said in a statement.

No Australian airlines actually operate the aircraft, but two foreign airlines reportedly use the planes to Australia, including Fiji Airways and Singapore-based SilkAir, which already suspended the use of the aircraft.

China, the country with the most Boeing 737 Max planes, said on Monday that it’s also temporarily grounding the aircraft in question.

The order came following “the management principle of zero tolerance for security risks” and pointed that the crash was the second after another of the planes fell into the ocean off the coast of Indonesia in similar circumstances on Oct. 29, killing all aboard.

Indonesia and Singapore followed the suit, while Chinese authorities said a further notice will be issued after the consultation with the FAA.

In a statement by Boeing said it was “is deeply saddened by the loss of Lion Air Flight 610, which has have weighed heavily on the entire Boeing team, and we extend our heartfelt condolences and sympathies to the families and loved ones of those onboard.”

“Safety is a core value for everyone at Boeing and the safety of our airplanes, our customers’ passengers and their crews is always our top priority,” the statement continued. “The 737 MAX is a safe airplane that was designed, built and supported by our skilled employees who approach their work with the utmost integrity.”

It added that “Boeing has been developing a flight control software enhancement for the 737 MAX, designed to make an already safe aircraft even safer.”

https://www.foxnews.com/world/britain-becomes-latest-country-to-ground-boeing-737-max-jets-after-ethiopian-crash-faa-says-planes-can-still-be-operated
Posted by Frances Rice at 10:37 AM