The Illogic of Slavery Reparations at This Late Date 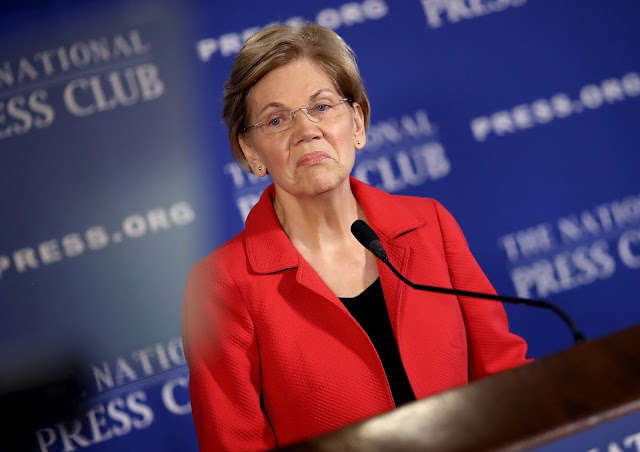 How can centuries-old oppression be to blame for problems that became severe only recently?

Compensating black Americans for past oppression has been a subject of discussion for decades. The senator’s problem is that large majorities of the public have consistently opposed reparations, not that we don’t talk about it.

James Forman, a black activist, called for $500 million in reparations in 1969 and inspired a 1973 book, “The Case for Black Reparations,” by Yale law professor Boris Bittker. Civil-rights organizations rejected the idea, which the NAACP’s assistant director called “an illogical, diversionary and paltry way out for guilt-ridden whites.”

Bayard Rustin, who organized the 1963 March on Washington and was one of Martin Luther King’s closest advisers, was another vocal skeptic of blacks cashing in on the tribulations of long-gone forebears. “The idea of reparations is a ridiculous idea,” Rustin said. “If my great-grandfather picked cotton for 50 years, then he may deserve some money, but he’s dead and gone and nobody owes me anything.”

Each year for more than a quarter-century, Rep. John Conyers introduced a reparations bill in Congress.

Other books, like Randall Robinson’s “The Debt: What America Owes to Blacks,” have become best sellers.

And prominent legal scholars, such as Charles Ogletree of Harvard Law School, have filed class-action lawsuits seeking compensation for the descendants of slaves.

But public opinion hasn’t moved much.

In a 1997 ABC poll, 77% of respondents said the government should not pay black descendants of slaves.

Even black support for reparations isn’t as high as you might imagine.

The Gallup poll from 2002 found that half of blacks opposed reparations, along with 90% of whites.

In 2015, a Kaiser Family Foundation/CNN survey found that 52% of blacks, and only 8% of whites, agreed that the government should “make cash payments to black Americans who are descendants of slaves.”

Put another way, opposition to slavery reparations among whites has been far higher than support for them among blacks.

Which might explain why even prominent Democrats have frowned on the idea.

Barack Obama opposed reparations when he ran for president in 2008, as did Hillary Clinton and Bernie Sanders eight years later.

By contrast, reparations supporters in the 2020 field include not only Ms. Warren but also Sen. Kamala Harris, Sen. Cory Booker and former Housing Secretary Julián Castro. Mr. Sanders has been more circumspect when pressed, but it’s clear that he’s less dismissive of the idea than he was three years ago.

It’s too early to tell whether this recent Democratic enthusiasm for reparations represents confidence, recklessness, an exceptionally crude strategy for appealing to black voters, or some combination of all three.

But it’s clear that supporters have convinced themselves that racial disparities today persist due to racial discrimination in the past.

In an interview with National Public Radio last week, Ms. Harris said that the “trauma” experienced among blacks today stems from their slave past. “It is environmental. It is centuries of slavery, which was a form of violence where women were raped, where children were taken from their parents—violence associated with slavery,” said the senator. “There was never any real intervention to break up what had been generations of people experiencing the highest forms of trauma.”

But that requires ignoring the progress made by blacks—both in absolute terms and relative to whites—who lived much closer to the era of slavery.

For example, the soaring violent-crime rates that produce so much “trauma” in poor black communities today did not exist in those communities in the first 100 years after emancipation, even though poverty rates at the time were much higher and racism was still legal and widespread.

Barry Latzer, a criminologist at John Jay College, reports that black male homicides fell by nearly 18% in the 1940s and by another 21% in the 1950s, while rates remained relatively flat among their white counterparts over the same period.

Similarly, Harvard sociologist William Julius Wilson has written that “in ghetto neighborhoods throughout the first half of the twentieth century, rates of inner-city joblessness, teenage pregnancy, out-of-wedlock births, female-headed families, welfare dependency and serious crime were significantly lower than in later years and did not reach catastrophic proportions until the mid-1970s.”

Did the “legacy of slavery” and Jim Crow skip over a couple of generations and then reassert itself in the mid-1970s?

Or is it possible that something else is primarily responsible for the outcomes we see today?