Trump Was Not Just Spied Upon But Entrapped 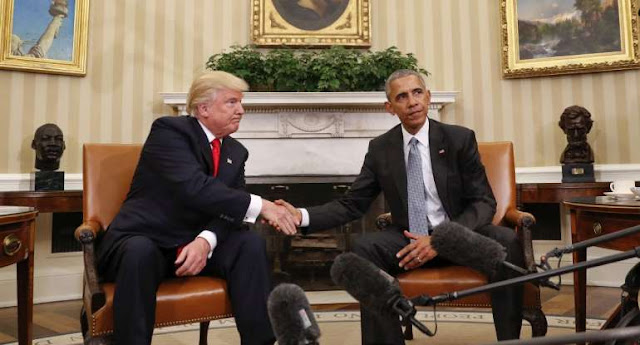 It's bad enough, as has been evident for some time, that Donald Trump and his campaign were being spied upon by our own government, but it's highly likely they were also subject to literal entrapment--at least a serious attempt was made.

I don't mean the entrapment of promulgating the salacious Steele dossier both to the public and the FISA court as if it were the truth. That was more of a smear to justify a phony investigation.

I mean something more subtle and LeCarré-like coming from the depths of our intelligence communities. It raises once more the question of the power of such agencies in a free society, a conundrum with no easy answers but of great significance to our lives.

For all his New York rough-and-tumble, Trump was an innocent abroad when he arrived in Washington. Way back in January 2017, he was warned by old-timer Chuck Schumer that "intel officials have six ways from Sunday at getting back at you."

But Trump somehow survived the storm, although sometimes it seemed as if he wouldn't.

Now, some of the obvious parties --John K. Brennan and James Clapper with their apparatchik miens -- have suddenly found themselves in the crosshairs, as the Washington Times notes:

Special counsel Robert Mueller’s finding that there was no Trump campaign conspiracy with Russia to steal the 2016 election has unleashed a tsunami of outrage toward Obama-era intelligence chiefs, particularly former CIA Director John O. Brennan and former FBI Director James B. Comey, who are accused of pushing the allegation during congressional hearings, in social media posts and in highly charged interviews on television over the past two years.

Former Director of National Intelligence James Clapper also leveled up highly publicized comments that President Trump could even be an “asset” of Russian President Vladimir Putin, part of a slew of remarks that critics say went far beyond the usual partisan sniping that can accompany a change of administrations.

More's afoot here, however, considerably more because the entire American intelligence system and the unique power referred to by Schumer are also now in those same crosshairs, as they should be.

But many of the men and women involved are less overtly Soviet in their style than Mssrs. Brennan and Clapper and slip more easily under the radar.

Notable among these, and perhaps able to reveal much of the McGuffin to the mystery of where this all started and how, is Stefan Halper.

Mr. Halper is "an American foreign policy scholar and Senior Fellow at the University of Cambridgewhere he is a Life Fellow at Magdalene College and directs the Department of Politics and International Studies." He is also a spook who worked for Nixon, Ford, and Reagan, no less, and was a principle American connection to the UK's MI-6.

Mr. Halper has (ahem) other connections:

A top FBI official admitted to Congressional investigators last year that the agency had contacts within the Trump campaign as part of operation "Crossfire Hurricane," which sounds a lot like FBI "informant" Stefan Halper - a former Oxford University professor who was paid over $1 million by the Obama Department of Defense between 2012 and 2018, with nearly half of it surrounding the 2016 US election.

Hmm.... The perspicacious Margot Cleveland had more to say the other day at The Federalist in "Who Launched An Investigation Into Trump's Campaign Before Crossfire Hurricane."

"Crossfire Hurricane," as most know, is the codename the wannabe hipsters at the FBI gave the Trump-Russia investigation.

But more important is the word "before" in Ms. Cleveland's title.

The Post further noted that the academic, since identified as Stefan Halper, first met with Trump campaign advisor Carter Page “a few weeks before the opening of the investigation,” and then after Crossfire Hurricane’s July 31, 2016, start, he met again with Carter Page and “with Trump campaign co-chairman Sam Clovis,” offering the latter his “foreign-policy expertise” for the Trump team.

Then in September, Halper “reached out to George Papadopoulos, an unpaid foreign-policy adviser for the campaign, inviting him to London to work on a research paper.”

Papadopoulos and Page are the two naifs of the most obvious sort (sorry, guys) we have all seen on television who spent the last couple of years having to defend themselves against absurd charges.

Considering the timing, it's pretty obvious they were being set up (i. e. entrapped) on some level well back during the Obama administration.

Who ordered it is the obvious question, but I'm not going to leave it there.

I suggest that an attempt was being made to implant Halper in the Trump campaign, one way or another, not just for spying purposes but actually to help create this collusion of the campaign with Russia--that is, to help manufacture it.

Putting it another way, someone or some group wanted to create -- or, more subtly, to encourage the creation -- of Trump-Russia collusion from the inside in order to destroy Trump before, or failing that, after he was elected.

How's that for a nefarious plot? Worthy of LeCarré or maybe even Graham Greene. But is it true? I wouldn't bet against it. Something close anyway.

By the way, if I am right, this won't be the first time for Halper. And unfortunately for Republicans, the shoe was then on the proverbial other foot. As Glenn Greenwald wrote last year:

Four decades ago, Halper was responsible for a long-forgotten spying scandal involving the 1980 election, in which the Reagan campaign – using CIA officials managed by Halper, reportedly under the direction of former CIA Director and then-Vice-Presidential candidate George H.W. Bush – got caught running a spying operation from inside the Carter administration.

Republicans can console themselves that their malfeasance was more benign, relatively.

This new one was outright sedition involving a foreign power. It is a blow to the heart of our democratic republic. We need Halper, under oath and unredacted. Whether that's possible is another question. 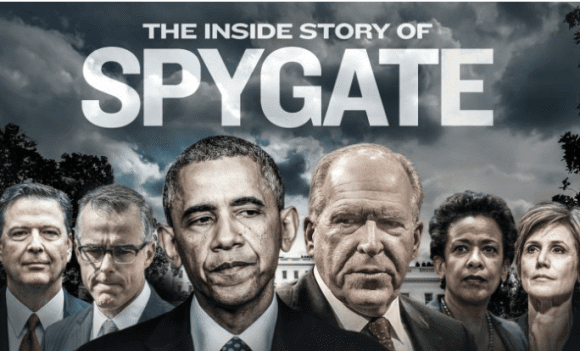 Among the high former Obama administration officials who have disgraced themselves by their public comments since leaving office, John Brennan deserves special recognition.

Marc Thiessen has done us the favor of making the case in the Washington Post column “The Trump-Russia collusion hall of shame.” Here are quotes:

Put aside the rogues’ gallery of reporters and pundits who assured us that Donald Trump had conspired with Vladimir Putin to steal the presidency. What is most insidious are those who did have access to classified intelligence and led Americans to believe that they had seen what we could not: actual evidence of Trump-Russia collusion….the most sinister of all is John Brennan, who used his authority as former CIA director to suggest that Trump was a traitor and a compromised Russian asset.

After Trump’s Helsinki summit, Brennan declared “he is wholly in the pocket of Putin.” When challenged by Chuck Todd on “Meet the Press,” Brennan stood by his assessment. “I called [Trump’s] behavior treasonous, which is to betray one’s trust and aid and abet the enemy, and I stand very much by that claim.

In his concluding paragraph, Thiessen puts it this way: “He is among the worst of the worst, the Trump-Russia collusion hall of shame.” Placing Brennan among “the worst of the worst,” Theissen is probably saving room for former James Comey. Julie Kelly, it should be noted, also focuses on Brennan in the American Greatness column “Brennan the menace.”

In Brennan’s many television appearances pronouncing President Trump a traitorous Russian stooge, one could hardly miss the rabid hatred beneath Brennan’s pronouncements. Given his former responsibilities, the thin smile and spittle flecked visage of the man might send a shiver down your spine.

Among the most valuable retrospectives published of our ordeal so far are Jeff Carlson’s long Epoch Times account “The inside story of Spygate.” Long story short in the terrific accompanying graphic (below). I also commend Lee Smith’s characteristically excellent Tablet column focusing on the media — “System fail”(“For [the media], Russiagate is an extinction level event.”

Yesterday our friends at at the Washington Free Beacon finally came through with the Brennan supercuts video we (I) have been awaiting (below). It is posted with Andrew Kugle’s story on Brennan and in the FOX News story here.

Ian Schwartz has posted the video of Brennan’s appearance on MSNBC following the release of William Barr’s summary of the Mueller report here at RealClearPolitics. He seems to have made the transition from foaming at the mouth to flop sweat. To pass judgment on the foul doings of the Obama administration, that this man served as Director of the CIA is not all ye know about the Obama administration, not by a long shot, but (to paraphrase John Keats) it is all ye need to know.

Quotable quote: “I don’t know if I received bad information but I suspected there was more than there actually was. I am relieved that it’s been determined there was not a criminal conspiracy with the Russian government over our election. I think that is good news for the country. I still point to things that were done publicly, or efforts to try to have conversations with the Russians that were inappropriate, but I’m not all that surprised that the high bar of criminal conspiracy was not met.”